Lindy Yvonne Williams is a black widow.  She killed her fiance, cut him up with a electric saw, dumped part of his body in the bush and set it on fire.  She then spent all his money and pretended he was still alive by sending his family and friends emails from his account. Lindy Williams is The Headless Torso Murderer.

How it All Began…

In September 2013, a Cedar Pocket dairy farmer noticed a fire outside her property next to the road in rural Gympie.  She called the local Rural Fire Brigade who came out to deal with the fire.  Once the fire was put out, the firefighters discovered amongst the burnt grass was the headless torso of a male human body.

It would take another ten months for the case to be solved.  How Police solved this crime and put the Black Widow, Lindy Yvonne Williams, a middle-aged Sunshine Coast woman in jail, was pure ingenious!

The dismembered body was that of a middle-aged man.  The autopsy conducted on the torso showed that that the body was a male between the ages of 40 – 80, who was 180 – 188cm tall and of solid build. During the autopsy it was confirmed that the body had the following medication in its system; Quinine and the blood pressure drug Irbesartan (remember this poing for later!).

His body had extensive damage to the spinal column and his joints were consistent with a person who had worked in a physically demanding job. A DNA swab was taken however there was no match for any missing person in Australia or on file, meaning the man had no serious criminal history.

The torso showed signs that the man had been brutally tortured prior to his death. His head, legs, and arms had all been sawn off with an electric saw hiding any possible identifying features.

Bodies don’t just show up on the side of the road in Gympie, so word of the body spread like wildfire through the close-knit community. Soon after, a member of the public came forward to report that a woman wearing activewear and in a small vehicle had been seen at the location around the time the body had been dumped.

But Wait, There is More

Not long after the torso was found, another body part turned up. A human skull had been found in Toolara Forest near Tin Can Bay, just 50 kilometres from the torso.

Police finally thought they had a breakthrough in identifying the dismembered remains of the man. The problem was, the DNA from the skull and the torso were not a match.  Police were not dealing with just one murder, but two.

The skull and additional skeletal bones ended up being an unrelated drug-related murder, The Body in the Esky Murder. 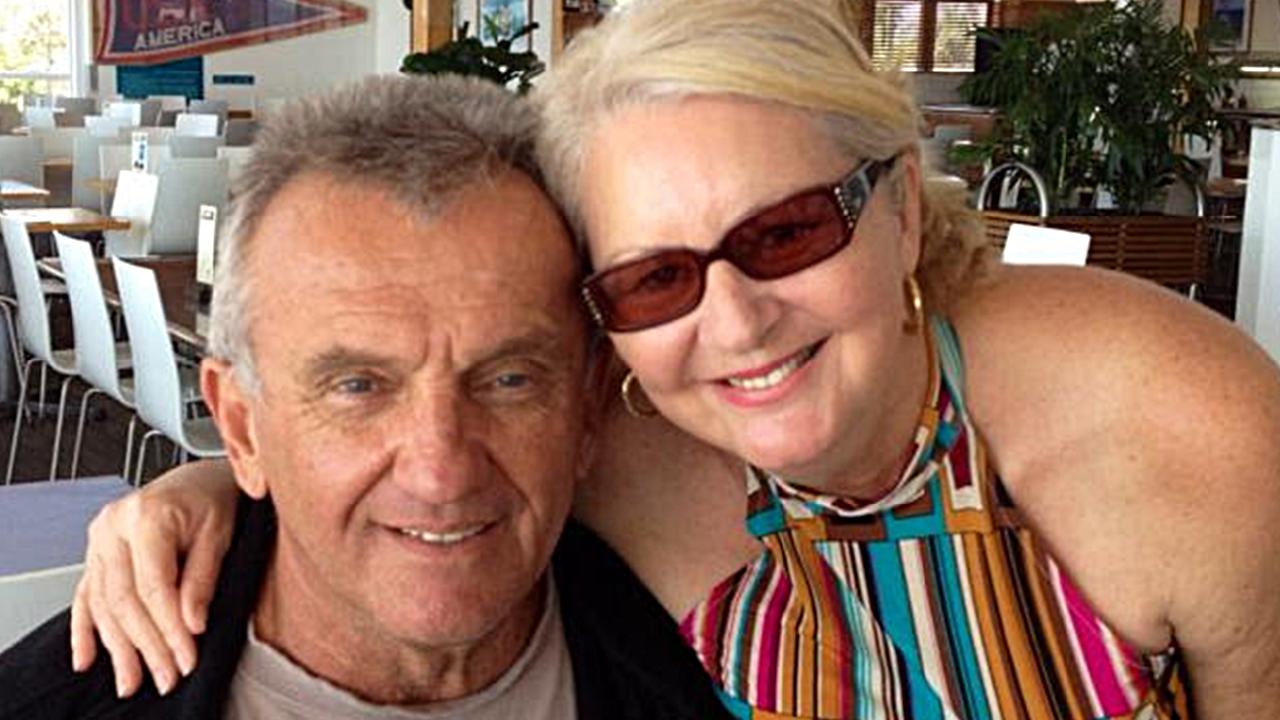 George Gerbic and Lindy Williams.  Image via The Daily Mercury

With the second body now being confirmed as a separate case altogether, Police needed to think outside the box to solve the case of the charred torso remains.

With no DNA, fingerprints or dental information, Police started to interview every pharmacist in Queensland (over 1100 of them), looking for males on the medication found in the torso’s bloodstream who had not refilled their prescriptions since September 2013.  Slowly, the Police worked through the list of names provided by the pharmacists and started door-knocking those on the list.

One by one, door knock by door knock, they crossed out names on the list…ensuring they sighted every single person.  Until there was only one remaining.  George Gerbic.

Even though they had door-knocked on George’s door a few times, his fiance, Lindy Yvonne Williams, kept informing police that George was away overseas, or not home or sick with the flu.  A DNA comparison was done with Mr Gerbic’s son from a former marriage.  It came up with a match.  The burnt torso was indeed, George Gerbic.  Lindy Williams was arrested for his murder.

After the arrest, Mr Gerbic’s home in Tanawa was declared a crime scene with dozens of Police Officers and State Emergency Services volunteers searching the property for evidence.

George Gerbic was a Sunshine Coast man and former real estate agent. The divorced father of two was active and well liked in the Sunshine Coast community.  He was also the former Coolum Football Club President.  Lindy Williams was a divorced mother of two.  The two were introduced by friends of Mr Gerbic and the couple were instantly inseparable.

Lindy referred to George as her “Knight in shining armour“

Ms Williams was hoping George and her would be happy well into their twilight years.  They had even planned a wedding in Las Vegas in September of 2013. They both resided at Mr Gerbic’s home in Tanawa on the Sunshine Coast.

Shortly after Yvonne and George started their relationship, Mr Gerbic’s ex-wife, Cheryl Aiken (pictured below) had become concerned about her son’s inheritance after the two started living together.

George Gerbic was last seen at the Coolum Football Club on the 4th of September 2013. It wasn’t until 15 days later, his burning remains would be found on that isolated roadside in Gympie. 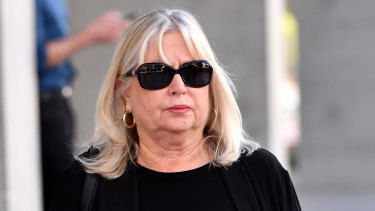 During the ten months between the murder and Police finding Lindy Williams, Ms Williams had been emailing and texting Mr Gerbic’s family, pretending to be him.  She spent all of Mr Gerbic’s money after accessing his bank accounts and told friends that they were having relationship troubles including claiming that Mr Gerbic had a secret overseas bisexual lover.

Emails had been sent from Mr Gerbic’s email account to his son Simon.

“Lindy and I have decided to go on holiday and won’t be back until February 2014.  Her son and daughter in law will be staying at the house.  I will keep in touch via email and Skype.”

“I have been getting rid of the white ants in the house, I had to rip up the floor and skirting boards “what a job”.”

“Hi Simon, Have a wonderful birthday!!  What are you doing to celebrate?”

Lindy Williams story kept on changing, depending on who you were you got a different version of events.

Lindy Williams said that Mr Gerbic had come home at 10 pm on the night of the murder, he was angry after dealing with his ex-wife and related financial issues.

According to Ms Williams, she served Mr Gerbic some food before he flung the tray away claiming his steak was tough.  Ms Williams alleges that Mr Gerbic then attacked her with a knife.  Lindy said that she used a barstool to distance herself between her and Mr Gerbic.

Ms Williams claims that this is when George Gerbic fell and hit his head on a kitchen benchtop, he supposedly slipped on Ms Williams blood that was on the floor from a knife wound that Gerbic had inflicted on Lindy previously.

Lindy stated that she never killed George and his death was an accident due to Williams defending herself.  Ms Williams said she hid in a spare bedroom for the duration of the night before coming out the next morning and claimed that George was no longer lying on the floor.

She rented a car and stayed at a motel for two days.  When she returned, she said she found Mr Gerbic’s body, missing its head, legs and hands and wrapped in plastic in the bathroom.

“She denied cutting up his body, saying she returned home days after the fight to find his torso wrapped in plastic and she had no clue who’d done it.” Hawkesbury Gazette

At the trial it was proven that Ms Williams had purchased an electric saw just 10 days after the death of Mr Gerbic. 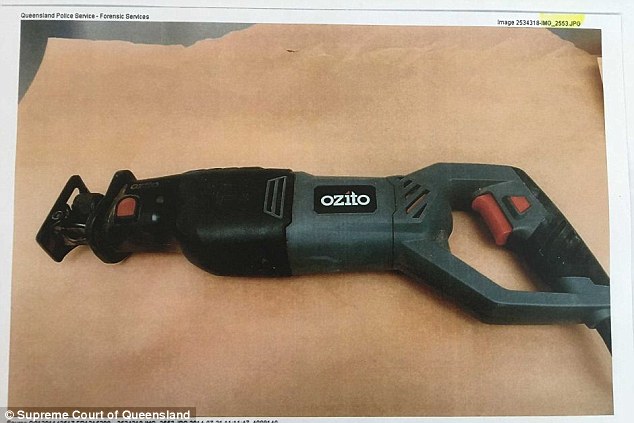 Ms Williams then drove 80kms from the Sunshine Coast home in Tanawa to dump the torso on Cedar Pocket Road near Gympie. Before she left she set his remains alight to hopefully dispose of any evidence.

The remaining parts of George Gerbic’s body, legs, arms, and head have never been found, nor has Lindy Williams admitted to the murder, or what she did with the rest of the remains.

After disposing of George, Lindy spent his money and pretended that George had gone on a holiday to Las Vegas.

She sent multiple messages via email to Mr Gerbic’s family and friends with updates on his ‘vacation’.

After her arrest, Ms Williams said that she had not killed her fiance, but did admit to dismembering his body and disposing of it.

Lindy Williams told police that her fiance was violent, she told police that five days prior to the body being found, that Gerbic had assaulted her, and she had injuries consistent with a severe assault.  She sought medical attention for her injuries and had also sought emergency housing.  However, during the trial, the defence countered that some of the injuries on Ms Williams may have been self-inflicted. 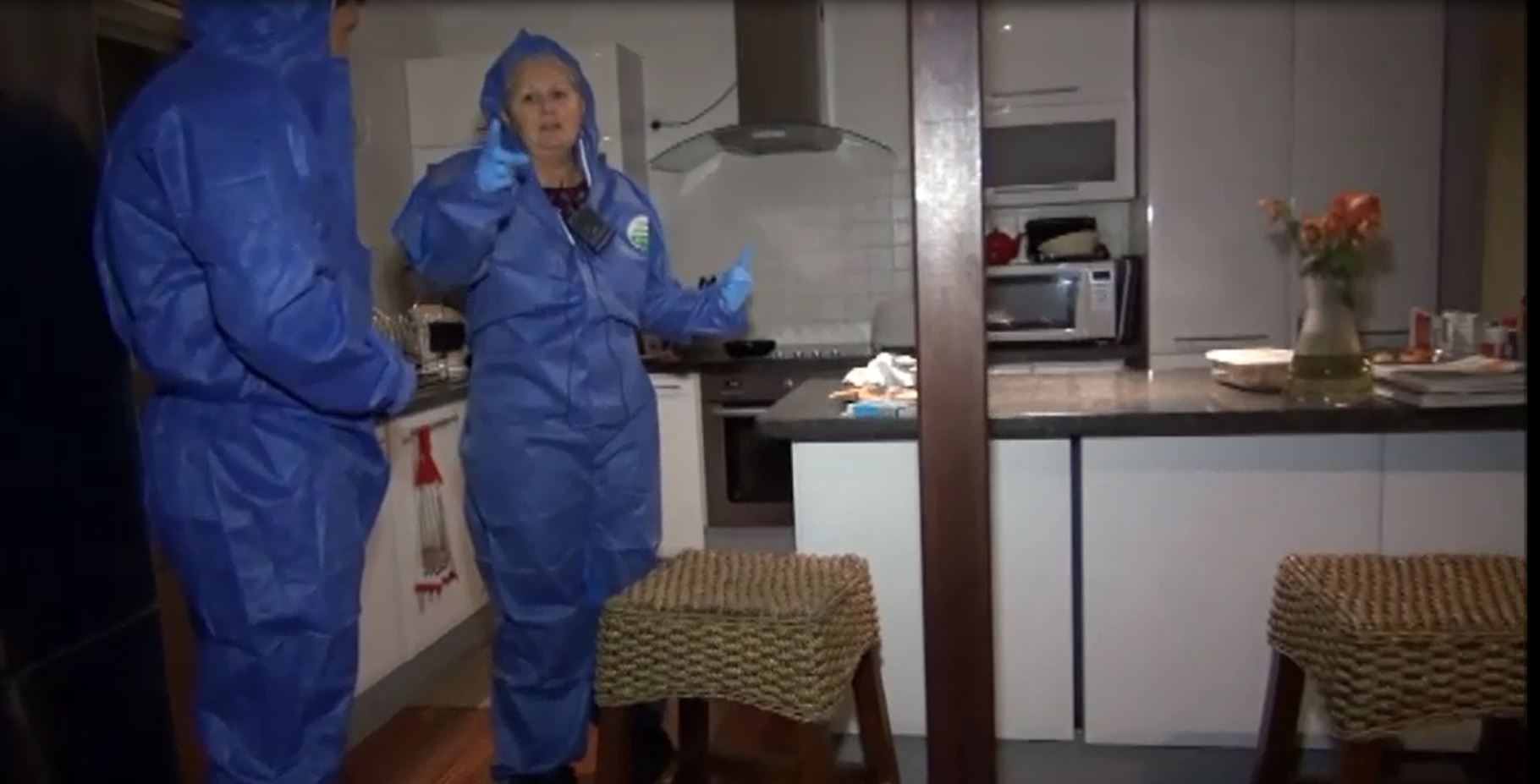 Lindy Yvonne Williams showing Police through the property of George Gerbic.  Image via The Morning Bulletin

Ms Christensen’s (Elini Christensen is a friend of Lindy Williams) friend Naibuk Titaru Sokovagone has said that Williams told him in February 2013 that she was having issues with George. He offered to help Lindy during this time and also maintained that he had no involvement in the murder.

Wayne Strickland a local Sunshine Coast Artist and also an acquaintance of Lindy Williams testified that she had received a cut on her arm during a fight with George over his bisexuality.

Do you think Lindy Williams is a calculated killer or an abuse victim?

Even though Lindy Williams said she has no knowledge of how George’s body became dismembered, Crown prosecutor Todd Fuller stated that a friend’s friend called “Booker” had done the deed of slicing up George’s body.

It was also found out that another third party was engaged by Williams to confront Mr Gerbic to allow Lindy access to $90,000 that was in a joint account.

Again more stories or is this the truth? The only thing that is clear is that Lindy Yvonne Williams is hiding something.

Did She Plan This All Along?

Way back in 2007, Lindy Williams gave the Australian Women’s Magazine ‘Women’s Day’ a story that she had been kidnapped from a beachside toilet block, attacked and tortured for hours by a ‘Crazed Stalker’ and ‘Psychopathic Kidnapper’.  Ms Williams stated that:

‘No sooner had I put my foot in the door (of the toilet block) than I was hit on the head from behind.’

‘I heard a loud crack and the next thing I was on the ground, wedged between the toilet and the wall, with something sharp pressing into my back.  Then I heard a man’s voice saying, I’m not going to hurt your Lindy, I just want to talk to you, get up and walk to my car.’

A friend of Lindy Williams, Janice Brennan testified that Lindy had confessed to her that the whole story was made up.

Lindy Williams Is Charged with Murder

Ms Williams has always maintained that she never killed George and has only admitted to interference with a human body.

“What I found most distressing was the lies you told to George Gerbic’s parents,” Justice Peter Flanagan said in sentencing Williams to a mandatory minimum life sentence for murder.” Dungog Chronicle

Lindy Yvonne Williams was charged with the murder of George Gerbic.  She is serving 20 years to life for the murder, and an additional two years jail for interfering with a corpse.

Before the murder, Lindy joked that her partner George Gerbic’s property on the Sunshine Coast was so big that she could hide a body there. Her friend Elini Christensen told the court “(She said) this is a big land and I could cut up bodies and bury it here and no one will notice,” Elini Christensen

Maybe this was a plan forming or a prophecy? No one will ever know, but it does make you wonder.

Lindy Williams will not be eligible for parole until 2034 when she is 76.