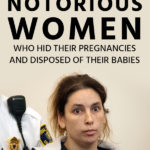 It is impossible for most people to understand how a parent could deliberately kill their own child.

In 2011, Keli Lane, a former elite water polo player was sentenced to jail for the murder of her newborn daughter, Tegan five years prior. Allegedly, Lane killed Tegan after leaving Auburn Hospital in western Sydney with the newborn in September 1996.

Keli fervently defends her innocence and belief that her little girl is still alive somewhere. Keli has always maintained that she gave Tegan to her biological father at the hospital as she was leaving. A man whose name she thinks was either Andrew Morris or Andrew Norris.

Between 1992 and 1996, Keli had two terminations and birthed three live children. She hid all five pregnancies from her partner, family and friends. She wanted to protect her personal image and reputation. She believed that having children would ruin educational plans, social life and her chances of representing Australia in the Olympic Games.

In 1995, 19-year-old Lane gives birth to her daughter only hours after playing in the grand final of a water polo competition and attending a celebratory function afterwards. The little girl is adopted out.

In 1996, Tegan is born. Two days later, Lane and her then-partner attended a wedding, giving no indication that she had given birth.

In 1999, Lane gives birth again, this time to a son. The child is also given up for adoption. It is only then that the birth of Tegan was discovered, when a social worker came across Tegan’s hospital records.

After an inconclusive police investigation that lasted six years, a coronial inquest was held and four years later, it turned into a murder trial. At the end of 2010, a 12-person jury found Keli guilty and she was sentenced to 18 years in prison.

Tegan’s body was never been found.

Andrea Giesbrecht was arrested in October 2014 after she defaulted on paying rent for a storage container.

Staff were going to auction off the container’s contents when they came across foul-smelling garbage bags which had been stuffed into duffel bags and placed in plastic containers.

Police were called and they discovered the bodies of six babies, five boys and one girl, in various states of decomposition. Medical experts could not determine how they died.

Giesbrecht’s family and friends were unaware of the pregnancies and births, however, towels, blankets and other household items stored with the remains showed that the babies were most likely born at home before they were taken to the storage facility.

In 2011, Michele Kalina was charged with killing five newborns after hidden pregnancies — and keeping their remains in a locked closet.

DNA tests showed the babies were the result of an affair with a co-worker. Incredibly, neither he nor Kalina’s husband were aware of the pregnancies. She blamed the weight gain of the pregnancies on a recurring cyst, which she then claimed had been drained, presumably after each birth.

She had no prenatal care during the five pregnancies, and it’s not clear where she gave birth.

In addition to those babies, Kalina had a sixth secret pregnancy but she gave up her baby girl for adoption. Kalina had two children with her husband. The oldest had cerebral palsy and died of natural causes.

It was Kalina’s teenage daughter who made the gruesome discovery of the babies’ bodies and called the police.

Erika Murray was accused of killing two of her children and neglecting others. Police found the bodies of three dead infants. Four living children were subsequently removed from the home after the discovery of the bodies and for serious neglect.

A three-year-old child who could not walk or talk was found covered in faeces in a rubbish-filled room. A six-month-old was discovered in a room surrounded by piles of dirty nappies. A 13-year-old and a 10-year-old taken from the home appeared unharmed.

A body of an infant was found in a closet wrapped in a pair of tracksuit pants.The baby still had the umbilical cord and the placenta attached to it. Another two dead babies, between one and three weeks of age, were discovered in closets.

Murray said that she gave birth alone in the bathroom and then hid the babies from her live-in boyfriend because he felt they could not afford any more children after the first two. However, Murray became pregnant five times in the following seven years.

Her boyfriend claimed he had no idea about what was going on in his house, but it was revealed that he’d been sleeping only metres from the babies’ bodies.

Melissa Drexler was only 18 when she gave birth in a bathroom stall at her senior prom. No one had any idea that she was pregnant.

Teachers approached Drexler and other girls after noticing a lot of blood in the toilets. She blamed the blood on a heavy period. However, when the body of the baby was discovered a few minutes later in an outside rubbish bin, she admitted that she had given birth.

Drexler’s friend who had been in the bathroom with her, asked her if she felt ill after hearing strange sounds coming from the toilet stall next to her. Drexler replied that she was fine and would be out soon. She joined her friends on the dance floor a few minutes later.

Drexler had been complaining of stomach pains in the car on the way to the dance. She went to the bathroom and gave birth alone just 20 minutes after arriving at her prom. Drexler was charged with murdering her son.

Authorities alleged that Drexler severed the umbilical cord with the serrated edge of a sanitary disposal unit. She then suffocated the infant, put him in a plastic bag which she knotted and threw away.

After Drexler and her friend left the bathroom, a cleaner washed up the blood stained toilet stall, threw soiled towels away into the rubbish bin and took the bin bag outside. As she carried it, she noticed that it was heavy. A maintenance worker looked inside the bag and discovered the baby’s body.

These women are so evil they dont deserve to be called mothers.