We’ve all heard of the zombie apocalypse concept. The idea has captivated the modern world, but it is hardly new in the fields of weird science.

In fact, throughout the years many respected academics have had their own theories on potential existence, creation, or management of zombies.

Here are just eight that we’ve found, if you want to get the heebie-jeebies, but no doubt there are more out there!

1. The Author Who Believes

Zora Neale Hurston isn’t just any author, she’s one of America’s greatest authors and a celebrated figure of the Harlem Resistance. She also absolutely believes in zombies. She even went on the record to say that she knows “there are zombies in Haiti” and that “people have been called back from the dead”. How does she know this?

Well, she spent time in Haiti in her younger days, and even claims to have met a zombie through her friendship with a hoodoo priestess. In her own words: “The sight was dreadful. That blank face with the dead eyes…”

2. The One Who Knows About Haitian Zombies

Wade Davis knows his stuff when it comes to Haitian zombies. The Harvard-trained ethnobotanist travelled extensively in Haiti. While he was there, he was able to convince several Hoodoo men to teach him the formula for DIY zombie making.

From these various zombie powders, he found one common ingredient: pufferfish. This hallucinogenic drug is what Davis thinks creates the zombies, and he has replicated it in the lab!

3. The Neuroscientists Who’ve Looked Into It

Neuroscientists Bradley Voytek and Timothy Vestynen have literally written the book on the science behind zombies. In particular, they wrote a book all about how being a zombie would affect your brain.

According to them, the mutterings of zombies are caused by brain damage in the interior frontal gyrus and their unusual gait is from damage in the basal ganglia tissues. This accounts for their inability to speak and move as normal people. Freaky!

4. The One With The Rage Virus

Dr. Andreansky, a virologist at the University of Miami, is another scientist who has put a fair bit of time into figuring out zombies. After running the numbers, she’s almost certain that an airborne rage virus (as in 28 Days Later

Sharing her insight with National Geographic, she also shared, terrifyingly, that she believes she can make it happen. Yes, Dr. Andreansky thinks that by genetically engineering a hybrid of influenza, Ebola and rabies, she can make the Rage Virus a reality. Can you not, though? We’d really appreciate that. 5. The Professor With The Mathematics Of Survival

Professor of Mathematics at the University of Ottawa, Robert J. Smith, has run the numbers on the zombie apocalypse, literally. He definitely believes that a zombie pandemic would be an apocalyptic situation that is “likely to lead to the collapse of civilisation”.

According to Professor Smith, a city of 500,000 people would have more zombies than people in just five days. He’s also run the numbers on how to survive the zombie hoards, and according to him, the aim is to kill as many of those things as we can, as fast as we can.

Assistant professor of psychiatry at Harvard University Dr. Steven Schlozman has a novel way of looking at zombies. He thinks they’re just like crocodiles. According to the good professor, Voytek and Vestynen are right about the brain damage, but that crocodiles are really the closest thing to zombies.

He believes that, like crocodiles, zombies will be controlled entirely by the amygdala, meaning they are overcome with uncontrolled and basic behaviour. The professor, however, thinks the part of the brain that tells zombies they are full is broken, so they’ll always need to feed.

Amazingly, the CDC have taken the zombie apocalypse concept pretty seriously. So seriously in fact, that they encourage households to keep an emergency kit with all the supplies they need for a potential zombie apocalypse.

The CDC believes that you and your family should have an emergency plan that includes a meeting place and an evacuation strategy. However, they also think that if a zombie apocalypse happens, they should catch zombies and try to talk to them, which seems like a terrible idea.

8. The Pentagon, Who Also Has A Plan

Along with the CDC, the Pentagon also has a plan for the zombie apocalypse, known as Conplan 8888. They say that the plan, which was created as a training through experiment was “not designed as a joke”.

Instead, it outlines the US government’s big plan for mobilising forces against the zombies, although their predictions aren’t looking good. They believe that their ground forces are woefully inadequate, and that the air forces will likely be crippled in just one week. Looks like we’re all doomed! 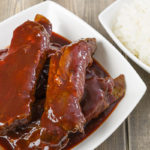 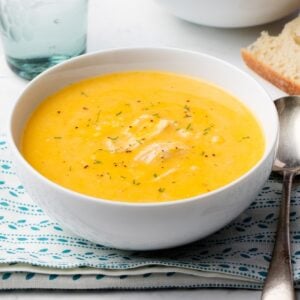