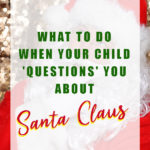 What do you do when your child figures out your decade-long web of lies?!

When I was about 10 and my brother was 8, he sat me down and told me the earth-shattering news that Santa wasn’t real. He didn’t exist – in fact it was Mum and Dad that delivered the presents every year under the tree. I was totally devastated.

Not only that Santa wasn’t real, but that my younger brother found out before I did. As a kid, there is nothing in the world more magical than Santa. He’s this big jolly man in a lovely red suit that brings YOU gifts every year!

Santa Clauses are literally EVERYWHERE at this time of year, and when your child is old enough they are going to start asking questions about the fat man in the red suit./ Of course there are the parents out there too that don’t believe in lying to their children at all and have told them the bold truth from the start, so if you are one of them, please stop reading this now!

This article is for the hopeful, magic-loving parents happy to deceive their kids to keep a little bit more wonder in everyone’s lives!

How Old is Too Old to Still Believe in Santa?

I think if your child is in or about to go to high school, they should definitely know the truth. Most kids would have found out by then, either from their friends, or their own intuition. I think 10 years old is a good time to tell kids, but preferably in January after Christmas! That way they’ll have 12 months to get over it. In all honesty, a lot of kids do find out from other kids instead of from parents, but in my experience they’re rarely teased about their ‘magic’ beliefs if they’re older.

Kids are usually pretty forgiving when it comes to Santa, likely because they remember what it was like, so don’t worry too much if you haven’t told your child.

If you’re trying to break the news gently, without pulling that magic right out from underneath them, I suggest letting them know about a real individual called Saint Nicholas. Explain that he lived in the 4th century, and was such a generous man with such a bond with the children in his community (the good kind of bond) that he gave presents to those who deserved them. That way kids can see that from this tradition, hundreds of years of Santa giving gifts to children around the world was born.

“If you don’t believe, you won’t receive!”

For parents wanting to keep the secret of Santa shut down for a few more years, instigating the Don’t Believe, Don’t Receive rule is the way to go. In fact, I think this would probably keep the secret hidden forever! Of course, there will still come a time when you need to be upfront, and admit that Santa is just Mum and Dad. But for those protecting the innocence of younger siblings from their older brothers and sisters, this rule keeps mouths shut so stockings stay stuffed! Older kids are usually pretty happy to pretend, not just for presents but also to see the look of awe on their younger sibling’s face.

So what do you do if your child comes up to you and asks you point blank: Is Santa real? How are you going to answer?

“Mum, Why Are There So Many Santas Around?”

I let my children, from a young age, know that the real Santa Claus was at the North Pole, delegating jobs to the elves and making sure the reindeers are fit and healthy for their big trip on Christmas Eve. As he was so busy, he also employed ‘pretend-Santa Clauses’ to appear at the shopping centres so he can concentrate on the job he does best. That also explains to them why Santa always looks a bit different every year.

Make sure you tell your child that those store Santa Clauses do report back to the big guy, so they should be on their best behaviour!

How Does Santa Get Down the Chimney?

People in Australia who don’t have chimneys, pay attention. This little white lie worked wonders on my boys!

Why Santa has a magic key that will open every door in the world, that’s for when he can’t squeeze into the chimney or for people that don’t have one!

1.  A lady with whom I had lunch with today suggested sitting your child down and telling them that although Santa isn’t real, the magic of Christmas truly is, and now that you know the big secret, it’s up to you to make that Christmas spirit special for younger children that still do believe. I thought that was just lovely.

2.  Just don’t. Allow your kids to find out and acknowledge it or challenge you when they are ready. They will clue on eventually and then you can refer to idea 1 to deal with it. Kids are ready for the news at different times, so don’t rush them.

3.  Explain to them that Santa is actually real – and explain about Saint Nicholas and why people have kept the tradition.  A good solution for the little intellectual of the family, the kids who thrive on logic and reason. Lastly, give them the ‘Magic Santa Letter’

You asked a really good question, “Are Mum and Dad really Santa?”. We know that you want to know the answer, and we had to give it careful thought to know just what to say.

The answer is no. We are not Santa. There is no one, single Santa.

This could never make any of us Santa though. Santa is lots and lots of people who keep the spirit of Christmas alive. He lives in our hearts-not at the North Pole. Santa is the magic and love and spirit of giving to others. What he does is teach children to believe in something they can’t see or touch. Throughout your life you will need this capacity to believe: in yourself, in your family, in your friends. You’ll need to be able to believe in things you can’t measure or hold in your hands.

Now you know the secret of how he gets down all of those chimneys on Christmas Eve: He has help from all of the people whose hearts he has filled with joy.

Will full hearts, people like Mummy and Daddy take our turns helping Santa do a job that would otherwise be impossible. So no, we are not Santa. Santa is love and magic and hope and happiness. We are on his team, and now you are too.

We love you and always will.

If you have a lovely idea of what to say to children when the subject comes up – let us know because it’s so hard! 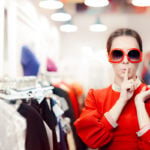 How to Become a Mystery… 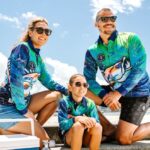 The Online Marketplace That Supports… How to Prove to your Kids that

Keep the Christmas spirit alive by being able to prove to This post is brought to you by Woolworths Classic Christmas Mum 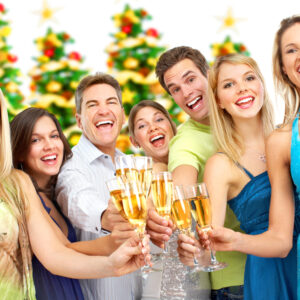 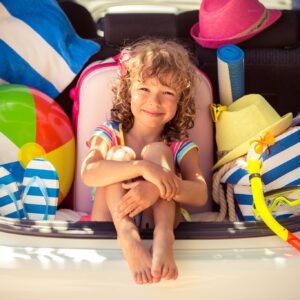 How To Best Tide Yourself Over For

Making ends meet to cover presents, food, and travel during the 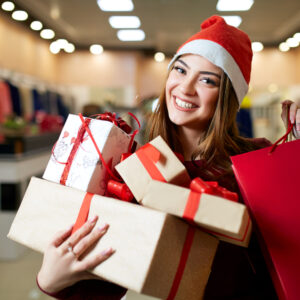 How To Save On Christmas Shopping

It’s that time of year again, and parents all over are