An asylum is a psychiatric hospital where people with serious psychiatric illnesses are being treated, but some just got way so insane, it’s creepy.

Sure, asylums give us the creeps just by looking at their photographs, but wait til you hear the chilling true stories behind these hospitals.

Here, we’ve selected the 10 creepiest and most insane asylums in the world.

The Bethlem Royal Hospital notoriously referred to as “Bedlam” was one of the world’s first mental institutions. It was founded by Christians in 1247 and it was the only public mental institution in England until well into the 19th century.

Bedlam was run by doctors in the Monro family for over 100 years, during the 18th and 19th centuries. During this time, patients were dunked in cold baths, starved, and beaten. Other forms of “therapy” included bloodletting, leeches, cupping glasses and rotational therapy. Rotational therapy is where a patient would be suspended in a chair hanging from the ceiling, the chair was then ‘spun’ sometimes for more than 100 rotations a minute.  The patient would often vomit which was seen as a healthy reaction.  Many of the patients at Bethlem didn’t survive their treatments.

In fact, treatments were so brutal that the institution would refuse admission to patients who could not be able to withstand them.

In the late 1790s, Bryan Crowther became Bedlam’s chief surgeon. While his job was to care for sick patients, he was much more interested in their corpses. He dissected their brains, looking for any physiological evidence that could be held responsible for mental illness. He continued these experiments for two decades.

Women were ‘Dumped’ at Bethlem

Many women were locked up at Bethlem for reasons such as post natal depression, infidelity, disagreeing with their husbands, and alcoholism. Poorer women were often dumped at the hospital because their husbands were fed up with them.

No longer an institution, Bethlem Royal Hospital is now a research and treatment centre and houses a small museum with a collection of art created by people with mental illness. 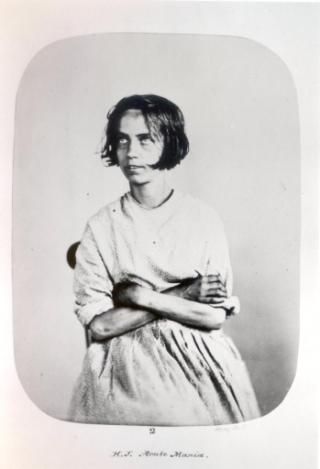 Willowbrook was partially the inspiration for American Horror Story: Asylum. Although it was called a school, the reality was far from a place of education. Residents rarely attended class and reportedly the only time they would be allowed outside was during the summer when the building became dangerously hot to remain inside.  Willowbrook State School was an institution for children with intellectual disabilities.

The hospital was built in 1942 specifically for children however it was converted into an Army Hospital after World War II before reverting back to a children’s hospital.

There was an outbreak of hepatitis at the hospital in the first decade of use.  To combat this, medical experiments were done on the child patients.  Experiments involved deliberately infecting children with the hepatitis virus to see how it spread.

The truth about what was going on inside Willowbrook’s walls started to come to light in 1965 after a visit by Robert Kennedy. At that time, the facility designed to house up to 4,000 residents had more than 6,000 and resident-to-attendant ratios were almost 50-to-one.

Robert Kenedy proclaimed that the children

“Were living in filth and dirt, their clothing in rags, in rooms less comfortable and cheerful than the cages in which we put animals in a zoo”

However, it wasn’t until reporter Geraldo Rivera investigated Willowbrook, after being given access by a doctor who had been fired from the institution and wanted to expose it for what it truly was, and uncovered the truly terrible conditions that the asylum came under fire. Rivera recorded footage of naked children, wandering the halls covered in their own urine and faeces. Basic hygiene was not taught, and soap, toothpaste and individual towels were not provided. There were also reports of physical abuse and sexual assault by staff.

Willowbrook thankfully shut its doors in 1987 after 40 years.

3. Overbrook Insane Asylum or ‘The Bin’

In 1896 the site for the Essex County Hospital Centre (formerly known as the Overbrook Insane Asylum)  was selected due to its remote, high altitude location, which, it was believed, could provide a healthy, peaceful setting for patients to rehabilitate in. The hospital was built as the nearby Newark Hospital was overcrowded and this hospital was to relieve the pressure. Overbrook in its heyday could serve up to 3000 patients (even though it was only built to serve 1600) at a time during the 1930’s and 1960’s. The hospital was sprawled over a 325 acre plot with multiple buildings, many connected by underground tunnels (some of which are still there).

It was initially built as a general hospital for the public but was transitioned to a mental asylum in the 1920’s.

The hospital was the stuff of nightmares, with electro-shock therapy, insulin shock therapy and lobotomies common place.

Unfortunately, the beautiful location could not make up for the lack of care the patients received. In the winter of 1917, the boilers keeping the hospital warm suffered a major failure.  24 patients froze to death in their beds.

During the century the hospital was open, over 10,000 patients died.

Overbrook was closed in 2007 and the mental asylum part of the hospital was demolished in 2018.

The Trenton Psychiatric Hospital, formally the New Jersey State Lunatic Asylum, was founded in 1848. It was the first public institution to promote patient privacy and a welcoming environment. In 1907, Dr. Henry Cotton became the hospital’s medical director. Initially, Dr Cotton complied with the facility’s ethos. He brought in occupational therapy programs and got rid of cruel restraints.

However, he also believed mental illness was caused by infections and could be treated by surgery. Dr Cotton and his staff routinely cut out teeth, stomachs, gall bladders, colons, testicles and ovaries. Dr Cotton claimed to have achieved cure rates of nearly 90 percent. On the other hand, the number of deaths at the facility was extraordinarily high. Dr Cotton died in 1933; however, some of his practices continued for decades after.

Topeka State Hospital opened in 1872 as the ‘Topeka Insane Asylum’ to provide treatment to criminals and the mentally ill. The hospital was in operation from 1872 until 1997 and was built as an expansion to the Osawatomie State Hospital on 80 acres of land.  The hospital routinely carried out castrations as it was legal under Kansas law. Other reports claimed that patients were beaten and sexually abused. There is even a story of a reporter who visited the facility who saw a patient who had been strapped down for so long that his skin had started to grow over his restraints!

After rumours of torture and rapes in the hospital, Kansas State Governor at the time Frank Carlson did an investigation into the practices of the hospital, finding that there was little or no paperwork for admitted patients.

The patients were also subjected to a life of boredom. They were given nothing to do or to stimulate their minds, and so they spent their days in rocking chairs. The hospital closed in 1997 and as of 2010, most of the hospital has been demolished and replaced with the ‘Hummer Sports Park’.

The Topeka Asylum was thought to have been the most horrific and abusive institution of all time.

The Turban Creek Mental Hospital was opened in 1838 on the aptly named ‘Bedlam Point’ in Sydney on the shores of the Parramatta River. In the following two years, instead of patients, it housed convicts. At one stage, there were 146 inmates in a facility designed for 60.

When Turban Creek changed to Gladesville Mental Hospital in the 20th century, there were still problems. A doctor resigned in 1954 after being found smoking while delivering electric shock therapy and staff were accused of burning the head of one female patient after zapping her with too many electric shock treatments.

Over 1,000 skeletons remain at the site, which illustrates the stigma that mental health had at the time. Families refused to pick up their relatives’ bodies when they died, forcing the institution to create mass graves.

The second oldest asylum in Australia, established in 1867, the Beechworth Lunatic Asylum Hospital housed as many as 1,200 patients at any one time, but not many got out alive. Over the 128 years of operation, it is believed that over 9,000 patients died here. There were no strict entry requirements.

All that was necessary was a request from a relative and a signature from a doctor who wasn’t even required to perform an examination!

The hospital closed in 1995 but now operates as a campus of La Trobe University as well as a hotel and conference centre. The area is said to be haunted by several ghosts.

This institution was originally called Massachusetts School for the Feeble-Minded. The school was renamed after its third superintendent, who was a strong advocate for eugenics (removing certain people from society and preventing them to reproduce) and used the school for this purpose. Although originally meant to take in the mentally handicapped, the school started accepting patients who were simply poor or unwanted. In fact, it has been estimated that as many as 50 percent of patients were not mentally handicapped at all.

More scandal arose in the 1940’s and 50’s when radiation tests began. The patients were given incentives, such as trips, food and parties, to join the “Science Club ” where they were systematically exposed to small doses of radiation and their absorption of the toxic energy was monitored. They were also injected with radioactive chemicals. These practices continued for decades until the 1970s when a state lawsuit forced Fernald to be brought up to a humane standard.

Today, most of the giant institution is abandoned, although 13 patients still occupy a small cluster of buildings on a portion of the massive campus. The current patients all suffer from such extreme mental handicaps that removing them from familiar surroundings and routine could kill them.

Parkside Lunatic Asylum was built in 1870 for people abandoned by society. Some patients were homeless, prostitutes or just poor people who were unable to care for themselves. As many as 120 patients died each year due to old age, sickness and suicide.

Parkside was also not without stories of abuse. In 1943, a patient died while violently resisting being placed in a straitjacket. Castor oil was at times given to patients as a punishment and straitjackets were used to force patients to do things against their will and food was withheld.

Originally named the Athens Asylum for the Criminally Insane, this massive institution opened in 1874.

The main building, enormous in structure, was designed around the idea that it was therapeutic for patients to be housed in a facility that resembled a home.

Instead, it became an asylum where bleeding, freezing, and blows to the head were considered ways to “shock” the illness out of the brain. Physical abuse, water treatment, shock therapy, and lobotomies were also not uncommon. 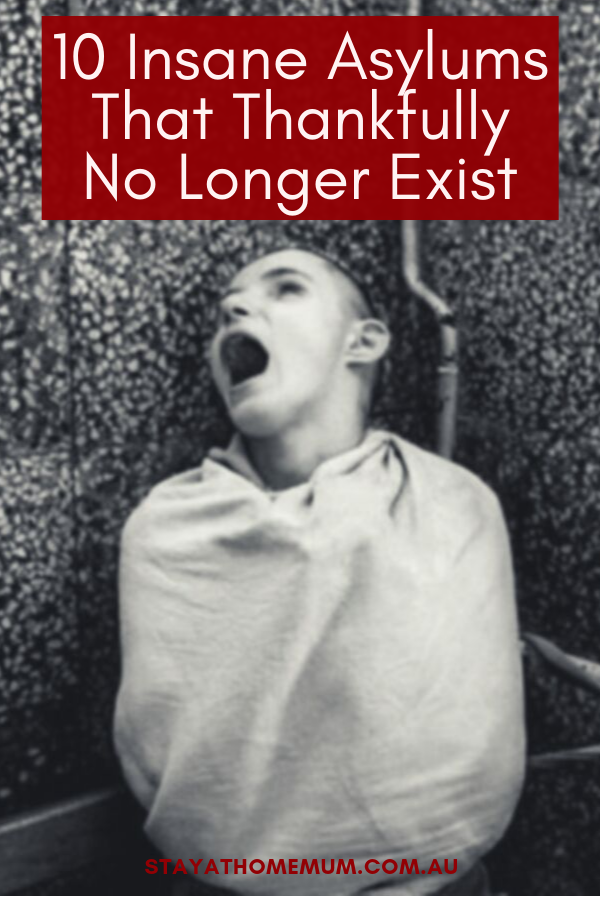 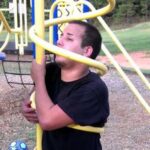 Just buy Australian owned & made!
Answered 4 hours ago
Sand Cake – Seriously the Most Perfect of All Cakes
Asked 5 hours ago
Sex is becoming a thing of the past?
Answered 20 hours ago
I found my husbands secret instagram account.
Answered 1 day ago 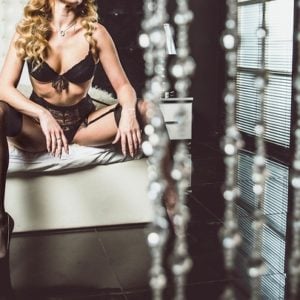 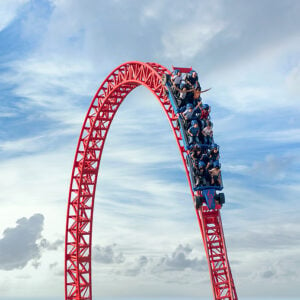