Mums can learn a lot from these dogs when it comes to multitasking.

From a herds and farm dog, to Hollywood star,  becoming a K9 dog  and babysitting, I wonder how much these dogs are compensated for doing the dirty, hard work. No one works it hard like a German Shepherd.

German Shepherd Dogs (GSD) or Alsatian Wolf Dogs in Britain are best known for its versatility and intelligence. It’s no surprise why we see them doing gallant rescue and police works and even the domesticated ones such as being a family’s watch dog. We’re digging these 11 incredible facts of these mutts to make you love them fur-ever. 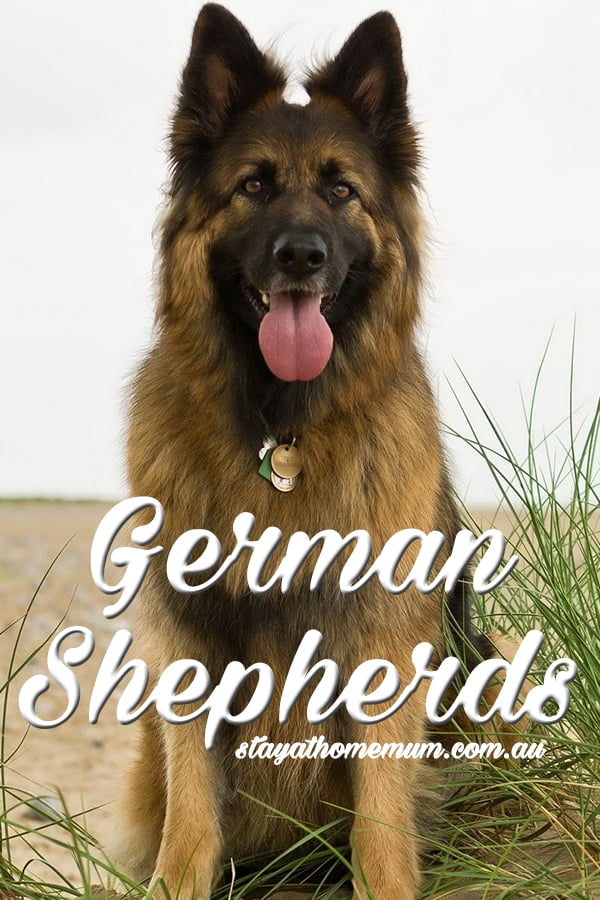 1. They were dependable herd dogs before they became domesticated The breed was standardised in Germany in 1800s by Max von Stephanitz as sheep herding and farm dogs.

2. They’ve gone viral ever since

They are third most loved breed in Australia because of their devotion and loyalty to family.They are known as family, guard, performance, show, police, military, and service dogs. 3. Strong in body, mind and spirit

There isn’t much this dog can’t do because of their unmatched wit. Picking the daily paper, playing with your kids, bossing on strangers and swimming are among the things they can be trained for.They are willing to do anything for you, if you can help them understand what that is. Its your persistent and optimistic training that makes them obedient and loyal. But you have to get them into obedience training early!.

GSD’s are generally hard working dogs but today they are equipped to do rescuing and police work.   They are trained thru Schutzhund, a dog sport developed to test their working ability. Through this sport, GSD’s can develop some of these traits: strong desire to work, courage, intelligence, loyalty to the handler, protective instinct and others.

5. Their beast trait is their bite They need physical and mental drill to be happy. Their best activity is spending time with their kind- YOU! When left alone for long periods, they can be musing, noisy and destructive. GSD’s will always be a part of a family esp. with your kids. This dog is a one-man  breed showing fidelity to its owner and displays favoritism to a certain family member whom he/she can relate to. Training makes them sociable with people and with other pets as well. 9. The look of a German Shepherd

Their eyes say it all. When you look into their eyes, you are looking at a buddy who understands you at your very core. They know what you’re capable of and are sensitive on how you’re feeling for the day and their sweet snuggles is a relief. They also make a great self-esteem booster!

10.They are waiting for you to come home

at your doorstep or…

or your window to have a glimpse of your car. It may sound ridiculous, but their day is not complete without a dose of YOU.

11. Now this is the face of happiness German Shepherds are known not just for their black and tan colour, but above all their loyalty ,obedience and protectiveness makes them beautiful dogs. If you’re thinking of having this dog as your pet, commit to train them in a good and positive environment where they can thrive with your family. They can be incredibly trained with praise alone. Your happiness is enough for them but a hearty meal is always welcome.

What other traits of German Shepherds you love most?