So we all have to stay home in lockdown because of COVID-19 and I guess watching pandemic movies will fit the theme with everything going on right now, right?

In fact we think that Netflix will actually benefit greatly from a Pandemic since a lot of movie watching will happen from now on.

If you are wanting to scare yourself even more, why not watch the most famous Pandemic movies of all time?

Soon after her return from a business trip to Hong Kong, Beth Emhoff dies from what is a flu or some other type of infection. Her young son dies later the same day. Her husband Mitch however seems immune. Thus begins the spread of a deadly infection. For doctors and administrators at the U.S. Centers for Disease Control, several days pass before anyone realizes the extent or gravity of this new infection.

They must first identify the type of virus in question and then find a means of combating it, a process that will likely take several months. As the contagion spreads to millions of people worldwide, societal order begins to break down as people panic.

Perhaps the very best zombie movie of all time!  Four weeks after a mystery, incurable virus spreads throughout the United Kingdom, a handful of survivors band together to find a place of sanctuary.

I can’t mention 28 Days Later without mentioning the sequel, 28 Weeks Later.  Although not as good, it does pick up six months after the Rage Virus has ravaged the world.  The US Army has restored law and order and has set up a fully quarantined city.  The Rage Virus manages to get into the quarantined area and reinfects the inhabitants and the nightmare begins, again.

Pandemic is set in the near future, where a virus of epic proportions has overtaken the planet. There are more infected than uninfected, and humanity is losing its grip on survival. Its only hope is finding a cure and keeping the infected contained. Lauren (Rachel Nichols) is a doctor, who, after the fall of New York, comes to Los Angeles to lead a team to hunt for and rescue uninfected survivors.

Life for former United Nations investigator Gerry Lane and his family seems content. Suddenly, the world is plagued by a mysterious infection turning whole human populations into rampaging mindless zombies. After barely escaping the chaos, Lane is persuaded to go on a mission to investigate this disease. What follows is a perilous trek around the world where Lane must brave horrific dangers and long odds to find answers before human civilization falls.

When a disease in Africa is discovered, Colonel Sam Daniels of the United States Army Medical Research Institute for Infectious Diseases or USAMRIID, is sent to investigate. When he reports back to his superior officer General Ford and tells him that they should put out an alert on this disease but the General that since the disease is so far away and not airborne that it can’t possibly reach the U.S. However, a monkey from that part of Africa was captured and brought to the U.S. and a man who works at the customs house took it and tried to sell it but when the person he tried to sell it to rejected it he released it.

Later the man who arrived in Boston collapses and dies, Col. Daniels wants to look into it but General Ford denies his request so he turns to his ex-wife, who works at the Center for Disease Control or CDC to look into and they discover it’s the African disease but since it kills very quickly, Col. Daniels feels that it’s been contained until another outbreak!

Shaun (Simon Pegg) doesn’t have a very good day, so he decides to turn his life around by getting his ex to take him back, but he times it for right in the middle of what may be a zombie apocalypse. But for him, it’s an opportunity to show everyone he knows how useful he is by saving them all. All he has to do is survive, and get his ex back.

Terry Gilliam’s nightmarish low-tech/high-tech future vision takes place in 1997, after a deadly virus has killed 99% of the human population–forcing the survivors to flee beneath our planet’s surface. This leaves the (other) animals topside, to rule the Earth once again. The scientists select James Cole, an imprisoned sociopath, to return to the past and gather information useful in the defense against this contagion. Once back in time, he is to investigate the mysterious ‘Army of the Twelve Monkeys’ and report his findings. Scientific, social, and political themes like time travel (and its inherent paradoxes and nested loops), mental illness, the nature of reality, animal rights, and the Armageddon-potential of unchecked technological advances are artfully and cleverly explored.

Chaos ensues when a lethal, airborne virus infects the population of a South Korean city less than 20 kilometers from Seoul.

In a world devastated by an outbreak, Brian, his girlfriend Bobby, his brother Danny and their friend, Kate, are heading to a beach where the brothers spent their childhood vacations expecting it to be a sanctuary. When their car breaks down on the road in the desert, they negotiate with a man called Frank, who is also stranded but without gas. He is trying to get his daughter Jodie to the hospital (she is infected with a disease of some kind), they all decide to travel together. During the journey, massive moral dilemmas arise, as events head into a downward spiral.

Elliot Moore is a high school science teacher who quizzes his class one day about an article in the New York Times. It’s about the sudden, mysterious disappearance of bees. Yet again Nature is doing something inexplicable, and whatever science has to say about it will be, in the end, only a theory. Scientists will bring out more theories, but no explanations, when a more urgent dilemma hits the planet.

It begins in Central Park. Suddenly and inexplicably, the behavior of everyone in the park changes in a most bizarre and horrible way. Soon, the strange behavior spreads throughout the city and beyond. Elliot, his wife, Alma, and Jess, the young daughter of a friend, will only have theories to guide them where to run and where to hide. But theories may not be enough.

Robert Neville (Will Smith) is a scientist who was unable to stop the spread of the terrible virus that was incurable and man-made in this post-apocalyptic action thriller. Immune, Neville is now the last human survivor in what is left of New York City and perhaps the world. For three years, Neville has faithfully sent out daily radio messages, desperate to find any other survivors who might be out there. But he is not alone. Mutant victims of the plague – the Infected – lurk in the shadows – watching Neville’s every move – waiting for him to make a fatal mistake. Perhaps mankind’s last, best hope, Neville is driven by only one remaining mission: to find a way to reverse the effects of the virus using his own immune blood. But he knows he is outnumbered – and quickly running out of time.

The college friends Paul, Karen, Bert, Marcy and Jeff rent an isolated cabin in the woods to spend a week together. When they arrive, a man contaminated with a weird disease asks for help to them, but they get in panic and burn the man, who falls in the water reservoir and dies. The whole group, except Karen, makes a pact of drinking only beer along the week without knowing where the dead body is. When Karen drinks tap water and gets the disease, the group begins their journey to hell.

A light-hearted look at the serious and fun movies about Pandemics.

If you’re done with everything on this list, check out this list of timeless movies you can watch if you haven’t..

..or rewatch it if you want. 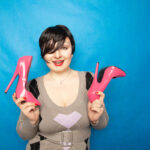 Cute Plus Size Shoes for… 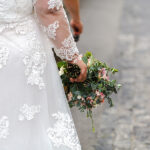 Where to Buy Plus Size…