When it comes to women, nobody knows better than other women.

In some cases, we have a much better understanding of what drives women, and what they’re looking for, than the men we partner with.

Our sons are the next generation of those partners, which means it’s more important than ever to raise responsible, loving, caring men that we would be proud to send out into the world. Here’s just a few things you might want to teach your son about women, relationships, and love.

1. Nice Guys Do Get Ahead

The stereotype in our society that nice guys finish last isn’t just bad, it’s terrible, making it all the most important that you put a stop to it in your son. Yes, some women do choose men who don’t have their best interests at heart, but that doesn’t mean that to ‘land’ a woman, a man needs to be a disrespectful arse. Nice guys don’t just get ahead, they end up in loving, equal relationships. That’s worth spreading.

2. Be True To Yourself

Relationships can be hard for so many reasons. One of them is that we often feel as though we have to be exactly what the other person wants, even if that isn’t who we are. It’s important that boys learn that they need to be true to themselves first. Building a relationship based on lies about your personality and behaviours is only ever going to end badly, so encourage your sons to be open and honest with themselves and with others right from the start. 3. Friendship Is As Important As Romance

There seems to be a strange disconnect between friendship and romance in our culture. Men often complain about being in the ‘friend zone’ as if women can’t be in friendships with men, only in relationships. Your son should know that a good relationship is built on friendship, and it’s important to have friendships as well as relationships.

There are some chivalrous things that are always nice to do for women if you’re a guy. Things like taking a girl out for a meal (even if you go dutch), opening doors for her, kissing her on the cheek. These are the classics, and there’s nothing wrong with them as long as the girl at the centre isn’t bothered by them. Lead by example with chivalry, and your son will follow.

It’s amazing how little we value conversationalists in men these days. Yes, we know that women do tend to talk more, but quantity and quality are two different things. You should teach your son to be a good listener, but also an engaging conversationalist. Encourage him to participate in family debate, to tell you about his day and to be ready to listen to yours. These skills are very important for relationships, with women and men.

It’s wonderful to look good, but looks don’t last and they shouldn’t be what your son is looking for in a partner ever. It’s fine to be exchanged by beauty, but your son should know that for a relationship to really grow, you’ll need to dig deeper than what’s on the surface. Yes, tell a girl that she’s beautiful, but also tell her she’s smart and funny and courageous. These matter too.

In our society, men aren’t really known or held up for their empathy and emotional intelligence, but that doesn’t mean it isn’t important. For some reason, we’ve lost sight of empathy in men, and the next generation needs to bring it back. Empathy means taking the time to understand and share the emotions of those around you, instead of just shutting yourself off to it. A very important skill to be sure.

8. Speaking Up Makes A Difference

Many kids, both boys and girls, struggle with and often bow to peer pressure. But there’s one kind of peer pressure that should never be accepted, and that is misogyny. Teaching your son about respecting women, as well as everyone around him, is one thing, but t’s also important to show him that speaking up against poor attitudes is the right thing to do. Don’t let his friends talk badly about women, and let him know that it’s definitely not ok to do so.

9. You Don’t Need To Buy Gifts

There is something of a priority placed on gift-giving in relationships, particularly early on, that can leave some men concerned that they aren’t doing enough. This is something that is definitely worth breaking. Sure, gifts are nice, but your son should know the importance of making memories as well as buying presents. A bunch of flowers isn’t half as valuable as a wonderful night together, and isn’t remembered for nearly as long.

Many adult men struggle with taking responsibility, and women do as well. Unfortunately, a tendency to shift the blame (in either gender) never has positive consequences. Boys should learn, from the time they’re small, to own up to their actions, apologise if need be, and do better in the future. It’s a skill that will serve them well in their relationships, and a sure sign of a mature-minded man.

11. Be Generous With Love And Forgiveness

Our notions of manliness often make it hard for men to express the love they hold for those around them. The strong and stoic stereotype is a difficult behaviour to unlearn, which is why boys should be encouraged to be loving with those they care about all through their lives. There’s nothing wrong with being generous with your caring, and with forgiving others as well.

12. Know How To Be Open Emotionally

When people don’t know how to process their emotions, life can get overwhelming pretty fast. For women, it’s more acceptable to share your feelings with a friend, but men often shy away from that, resulting in emotional isolation. Helping your son to work through his emotions in his youth, and encouraging him to be open with how he’s feeling and how he’s handling things in all relationships, is definitely worthwhile. Society struggles with language, and one of the ones that unfortunately harms more than it helps is the idea that the word “girl” is shorthand for something weak or less valuable. Running like a girl, throwing like a girl, and urging boys to not be such a girl makes people value girls, and therefore women, less. Women are not people that men don’t want to be. They are their equals, their partners in life, strong, capable, and resilient in their own way, fighting their own battles.

With all relationships, it pays to be the kinder person. Unkindness can make the heart hard and unforgiving, but taking the high road and treating everyone with kindness improves resilience and personality. People won’t always treat you well, but revenge is a game that nobody wins in the long-term. Teaching your son to be kind to those around him, of both genders, is something he’ll find will take him far in his life.

15. Nothing Comes Above Respect

More than kindness, more than chivalry and more than paying attention to the women in his life, nothing will serve your son better than a healthy concept of respect for the women around him. Men who don’t understand equality often belittle women, but teaching your son the important role that both genders play will stop this. Women may not be able to do everything men can do, but there’s a fair bit women can do that men definitely can’t. Knowing that the sexes are different but equal is an important, and life-long lesson.

What do you think is important to teach your son? 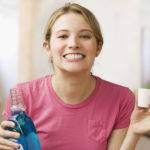 11 Ways To Use Listerine… 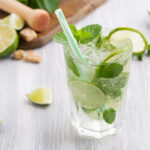 Is it rude & disrespectful to partners to follow women in bikinis etc on social media?
Answered 1 hour ago
Quick healthy filling meals
Asked 9 hours ago
Have you cut a shitty sibling out of your life?
Answered 3 days ago
One night stands
Answered 4 days ago