Dads Are Parents, They’re Not The Babysitter

When a mother looks after her kids, just about everyone will agree that she is parenting.

So how come dads get called babysitters when they do it?

Not everyone shares this attitude, thankfully. But it is an attitude that prevails.

A dad is a parent. He is a caregiver. A legal guardian. He shares in the decision making process with the mother, or makes them all alone if he has to. He wipes shitty arses and snotty noses and gets up to do middle of the night feedings. He patches up skinned knees and tells terrible jokes, reads stories, sings songs, participates in elaborate tea parties and cleans vomit off the car upholstery.  He cooks. He cleans.

He takes the kid to the doctor and worries about high fevers and fibrile convulsions just as much as mums do. He helped create these kids. They are his.

A babysitter might do some of these things, sure. But a babysitter is someone you bring in to look after the kids when the parents are unable to do so.  You can’t babysit your own kids. You parent them— Dads are parents!

Babysitters clock off. Parents are parents 24/7, whether they are physically there with their kids or not.

Life can throw you a curveball

When our older two daughters were young, my husband was their daytime carer. I worked during the day while he looked after the little ones, and at night, he worked while I did the dinner/bath/bed routine. We used to meet at the end of my workday and exchange the kids, and he’d go to work while I went back home again.

Our story went like this: I had been working from home with our eldest daughter from when she was three months old until she was 16 months old, when her sister was born. When I was 8 months pregnant, the company I worked for threw me a spanner and made me redundant – complete with patronising advice about how I should just take time off of working for a few years and concentrate on being a mum.

Unfortunately, if I followed that advice, we would have lost the roof over our heads… my income was helping to pay the bills and the mortgage and keep everything afloat.

Up until this point, I had assumed that after having the baby, I would return to working from home. In fact, just two months before making me redundant, I’d had a performance review where they had given me a pay rise to reward me for my excellent work, so I had no reason to think that my job was in danger.

I began looking for a new job once I was able to. Finding another position like the one I had, working from home, proved to be impossible. It became obvious I would need to go back to a “working in the office” kind of job, only I hadn’t planned on needing daycare for two little ones at all during my pregnancy, and when I did the sums, I was horrified… there was going to be no point returning to work at all if everything would go to tax and daycare and the cost of traveling to and from work.

So my husband asked his employer if he could take a permanent night shift, which would allow him to care for our girls during the day while I worked. We are so lucky that he was able to do this, and we know that it isn’t an option that everyone will have. But every other self-proclaimed expert in our lives would tell you it was a huge mistake.

Everyone is an expert

I returned to the workforce when the baby was six months old… and thus began our adventures in being judged by just about everyone.

You know what they say, opinions are like arseholes and everyone has them. I can assure you we BOTH received more unwelcome, unsolicited opinions on this than we were interested in hearing.

For me, it was along the lines of “Why are you here working when you have a six-month-old baby at home? You must be more interested in having a career than your baby!” I tried to explain that her father was there caring for her so she was hardly missing out on anything, and in an ideal world yes, I would have loved to have been able to stay home, but not everyone’s finances allow that to happen.

In fact, I took a job in a field I hadn’t wanted to work in anymore, that I had gleefully gotten out of when I first took that work from home job I lost. Career my arse!

For my husband, it involved family, friends, colleagues and even complete strangers giving out shitty advice about how either I should be at home with the kids, not him, or telling him about this amazing concept called daycare we should look into like we were idiots who hadn’t considered it, and of course the complete devaluing of his role by people who called him the babysitter.

In fact, one guy my husband worked with actually went so far as to say that I had ruined his life by causing him to care for our children during the day and work evenings.

If the shoe was on the other foot and I was looking after the kids during the day and went out to work in the evenings, I don’t think we would have got anywhere near as much judgment and unsolicited opinions. I doubt any work colleagues in this sort of situation would have told me my husband had ruined my life.

My husband stayed at home with the girls for more than three years and we lived a ships-in-the-night existence, only really getting to spend time together on the weekends. We did this because we are a team and we had goals to work towards. Not because the girls needed a babysitter. And we did this because we have proven, over the ups and downs of life together throughout the years, that we are resourceful and resilient and we find solutions to problems together.

This just made all the unsolicited advice even more infuriating to me: we had worked though every possible scenario, up to and including losing our freaking house, and this solution was going to work for us. Period. Nobody else had to live our lives, only us.

Essentially, he was their primary carer for those three years. He did the housework, cooked meals, dressed them, brushed their hair, took them on outings, kept them entertained, refereed their wrestling matches, endured more than his fair share of Nick Jr, looked after them while they were sick, did the hard yards of toilet training, held them when they were sad and talked to them about how the universe works. Then he went to work each night.

But after a while, he began to dread going out in public with them. Trips to the parenting room in shopping centres to change nappies or take the girls to the loo would elicit mixed reactions from mums using the facilities, many making him feel he wasn’t welcome there. Old ducks at the supermarket would say things like “I’ll bet mum is glad you’ve given her a few hours off”, completely devaluing his role as a parent with a single remark. While they probably meant well, he would become indignant and feel that he needed to explain that his wife was at work and he was the parent in charge.

This would inevitably lead to many of these busy-bodies telling him he was “brave” to take on the role.

Brave. Yep. For doing his job as a parent.

I mean, sure, parenting can be pretty bloody scary for all of us, and sometimes we are just faking that we have our shit together. But we don’t tend to tell mums they’re brave for being the primary caregiver. Nor do we stop them in the supermarket and ask questions about why they are there with the kids and no father.

And they would pity him, too, for having a wife who had “abandoned” him to parenting duties while she went off to work. And worse still, they would pity our girls because they “didn’t have mum at home with them”. Even though they were home with a parent!

My husband says he’d do it all again in a heartbeat if he had to, he doesn’t care what the haters had to say. He got to experience precious time with our eldest daughters while they were young that he otherwise would have missed out on.

And I can tell you he makes a mean imaginary cup of tea thanks to all the tea parties he had with the girls, even if the theme music from Dora The Explorer causes him to experience PTSD. 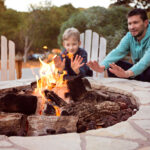 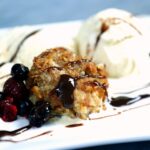 Okay Boomer! Phrases We Are Tired of Hearing from Older Generations
Asked 15 hours ago
My husband is a womanizer I can spend a month with out having sex with him and I really need him what can I do.
Answered 23 hours ago
Have I done the wrong thing?
Answered 23 hours ago
Chicken and Cauliflower Bake
Asked 1 day ago