We’ve all heard of the term “helicopter parenting” where over-protective and overly invested parents hover like a helicopter over their kids to manage their every move in life.

It’s one thing to do it when they are toddlers and little kids – but what happens if you do it all of their lives?

From going out of their way to prevent their kids’ getting scrapes and bruises to doing their homework for them, these parent seek to make life as easy as possible for their little ones, while, ironically, making life a lot harder for them in the long run as these children can grow up to be dependent, neurotic and lacking resilience.

While there are lots of short-term disadvantages to micromanaging your kids’ lives and wrapping them in cotton wool, it’s also emerging that there are long-term problems for kids who have been raised by helicopter parents.

What happens to the kid who has been raised by a helicopter parent when it leaves home to go to uni?

New research has revealed helicopter parenting has spread to university, with parents turning up to orientation week, helping their kids to write essays, read text books, and drive their sons and daughters to classes.

According to The Washington Post, Julie Lythcott-Haims, the former dean of freshmen at Stanford University – one of the most prestigious tertiary institutions in the USA – noticed a trend over her decade working there of young adults who couldn’t cope in the outside world.

Each year the new students would arrive looking brilliant and accomplished on paper, but more and more were seemingly incapable of looking after themselves, the former dean reveals in a new book called How to Raise an Adult: Break Free of the Overparenting Trap and Prepare Your Kid for Success.

She claims that mothers and fathers are holding their kids back by trying so hard to make sure they succeed. This might help them to develop impressive resumes to get into a college like Stanford, but it holds them back from learning who they really are, what they love, and hinders their navigating of the world.

“We want so badly to help them by shepherding them from milestone to milestone and by shielding them from failure and pain. But overhelping causes harm. It can leave young adults without the strengths of skill, will and character that are needed to know themselves and to craft a life,” she says.

“Our job as a parent is to put ourselves out of a job. We need to know that our children have the werewithal to get up in the morning and take care of themselves.”

If you’re not sure whether or not you are a helicopter parent, these are some of the things Lythcot-Haims suggests you look at:

If you’re saying “we” when you mean your son or daughter it’s a hint to yourself that you are intertwined in a way that is unhealthy.

2) Examine your interactions with adults in your child’s life

If you’re arguing with teachers, principals, coaches, umpires and so on all the time, it’s a sign you’re a little too invested. When you do all the arguing, you’re not teaching your kids to advocate for themselves.

This point speaks for itself. What’s going to happen when they go to uni? When they get a job when they are older? You can’t do everything for them forever.

It’s hard. Nobody wants to see their kids fail or suffer, but ultimately you have to let them make mistakes to learn from them… that’s just how life works.

Do you think you’re a ‘Helicopter Parent’? or was there any time when you became one? 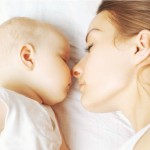 Baby Sleep Cycles You Should… 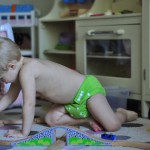 Potty Training: Are We Being…

Male strip show!
Answered 2 hours ago
Would it be mean?
Answered 3 hours ago
Women that have had sex with circumcised and uncircumcised penises, which feels better?
Answered 17 hours ago
My Baby Was Really Ugly
Asked 1 day ago