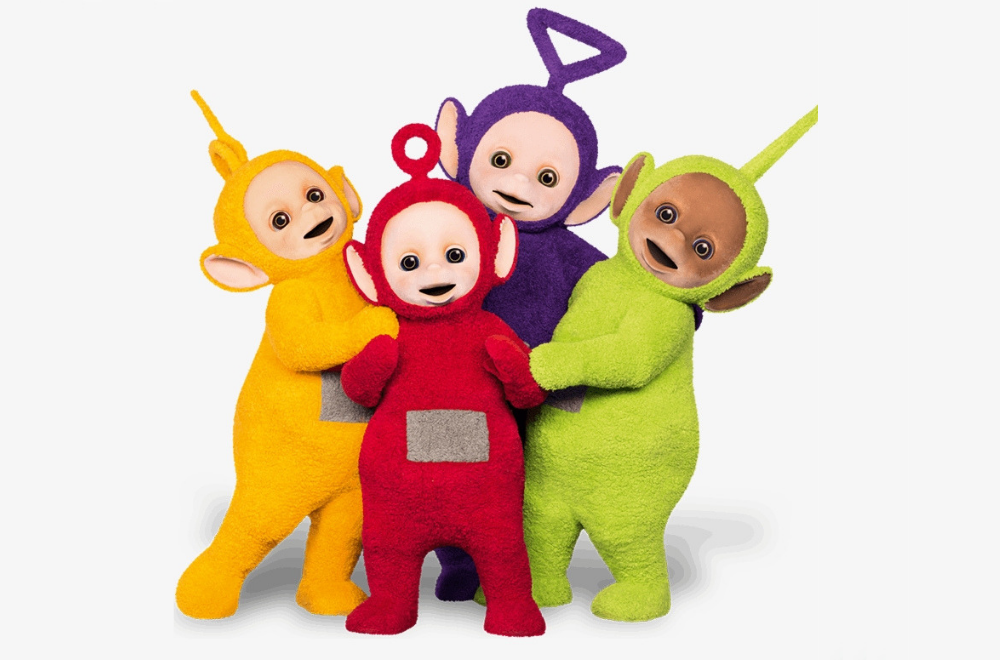 Have you ever watched television with your child and thought, “What were the writers smoking when they came up with this concept?”.Yep, us too. And so we decided to create a list of our top 10 bizarre TV shows for kids!

While it may seem like you need to be high on something to enjoy these programs, children of all ages seem to enjoy them. But, seriously, how creepy are these shows?

Lazy Town, Yo Gabba Gabba, and The Wot Wots are other TV shows for kids that haven’t quite made it into our list but are certainly worth a look. Don’t say we didn’t warn you!

It all started with the Teletubbies. Teletubbies is the grandfather for weird television programs for kids and has seemed to have spawned the next generation of creepy TV shows for kids. The show features four nonsensical colorful blobs of creep, all with different items on their heads running around a weird land where a megaphone controls everything and the sun features a baby’s head. It’s kind of like a child’s version of Big Brother and pretty much just as awful.

It just keeps getting weirder and weirder. Waybuloo is basically a child’s program about yoga that takes place in a magical garden. Children, known as Cheebies, come and visit the four-pint-sized characters that may or may not be animals. It’s just too hard to tell. They all speak half English and half nonsense and move around the show by bouncing and flying. The show features the children and the strange inhabitants doing stretches and various yoga positions. Why? Your guess is as good as ours.

3. In the Night Garden

It’s the Teletubbies’ creepy cousins and they will leave you wondering, “What the actual F?”. In the Night Garden features different characters with odd sounding names. Nothing is as it seems. A blimp, for example, is called a Pinky Ponk and the birds are known as Tittifers (yep, we know). Some of the random creations living in this world include Iggle Piggle, a big blue thing with an obsession for his blanket; Upsy Daisy, an over-sized gingerbread girl; the Tombliboos, three rounded figures that like to hug and kiss; and the family of red tiny people known as the Pontipines. There is also the obsessive-compulsive cleaning ET-like character that goes by the name Macca Pacca. Don’t expect this one to make sense either.

WATCH IN THE NIGHT GARDEN ON BINGE

The premise surrounding this show makes sense – it’s all about a girl that likes to go outside and get grubby. But the problem is that the characters are a freaky combination of half human and half anime. I just can’t get over this one. Every time I watch the show I just stare at Dirtgirl trying to figure out why she is so creepy. Is it the eyes? The smile? The little body? Dirtgirl and her equally horrifying friend have human eyes and lips with huge heads and teeny childlike bodies. It looks like they were made out of different magazine images but the end result is just plain odd. Yet, kids seem to love this show and the additional random characters, including two bugs with human faces, don’t seem to bother them that much. We don’t get this one over here right now, thank goodness, but I had to include it. Boohbah is literally a bunch of creepy blobs floating around having seizures. Yep. That’s it. That’s the show.

It is pretty much the weirdest thing ever. It is another spawn from the Teletubbies creator, who, it is apparent now, has a large stash of mind-altering drugs hidden around his office! The movements in Boohbah are all kinds of wrong and the blobs resemble uncircumcised penises. Seriously, all wrong. Be grateful that this one isn’t featured on the regular ABC Comedy program guide yet. And if you see it, hit ‘power off’ on your remote as quick as your fingers will possibly let you. And thank us later.

6. Grim Adventures of Billy and Mandy

Here in the real world, if you become friends with a grim reaper, it’s quite terrifying because you might be dying soon. Well, actually, you will only be able to see them if you’re already dead, and it’s not even possible to be friends with them. But then, in Grim Adventures of Billy and Mandy, the grim reaper spends so much time with Billy and Mandy and they even go on adventures! And that’s because of a match they had on which the grim reaper lost. There are also other characters here that are entirely unusual and creepy to cross paths with, like dracula, the wolfman, and the boogeyman. This is surreal. Nonetheless, it’s funny because of how the grim reaper seems to be always upset because of the kids he’s forced to be with.

Do you think it’s possible for a cow and a chicken to be biologically related? No matter how much you think about it, it’s just so, so impossible! But, you see, that’s truly possible for this show. You might be asking, “How?”. Well, to tell you the truth, no one knows but the out-of-this-world imagination of the writer! Even if you trace down their family tree, you’ll just be more and more confused because, don’t be shocked, their parents are human! Yes, the same ‘human’ who loves to eat chicken and cow meat! This show truly puts streaks of ridiculousness on Science!

Adventure Time is undeniably one of the TV shows for kids that are hilarious but a bit uncanny. A lot of people love this, even some adults, so the weirdness is often ignored. Magical powers, talking nature, shape-shifting dog that doesn’t even look like a dog, a thousand-year-old vampire, and so on just seem so dreamlike and indeed bizarre to the point that, yes, it’s entertaining. BUT STILL!

Everything about this show is weird. If all non-living things around you start to move and speak, it would make you lose your mind! If a vampire suddenly appears beside you, you’d lose your consciousness! If you find out your dog is having a romantic relationship with a unicorn, you’d flip out!

Kitchen is just a place for when hunger strikes. But what if there’s a tiny society that exists in it that isn’t visible to the naked eye, which is being ruled by the little pests that we aren’t aware are already plotting a huge plan to steal our food? Hah! Well, Erky Perky doesn’t exactly go into that way. But once you watch the TV show, you’re going to ask a lot of questions about its absurdity. Can you imagine bugs taking advantage of your shelter while they’re thinking of how they could go back to their home? Bugs having their own government, being ruled by a fellow bug who thinks highly of himself? Bugs struggling because you don’t have stocks in your cupboard anymore? Well, I can’t imagine those either. I only think of them as destructive, bothersome insects I should get rid of!

In your entire life, have you seen a banana talking to animals? Well, have you seen them talking? It’s funny because this show is very unrealistic and the line of characters was quite absurd! Of all animals that can be B1 and B2, why banana, which isn’t even an animal? You see, there’s Rat in a Hat, as well as the bears Lulu, Morgan, and Amy, but why did the writers choose bananas as the main characters? I get it. It’s what the title demands. But then, you know, they can change it into Baboons in Pyjamas, Buffaloes in Pyjamas, or even Bears in Pyjamas. Yes, those would be much more not weird!

Also, their signature catchphrase is weird. Bananas that have telepathic abilities? Oh please, just stop! Bananas don’t even have brains to begin with!

What other TV shows for kids have we missed?

Come on, I know there are heaps more! Share your all-time favourite creepster shows in the comments below. STOP! Before You Hit Send Are You

STOP! Before You Hit Send Are You Sure You Want to 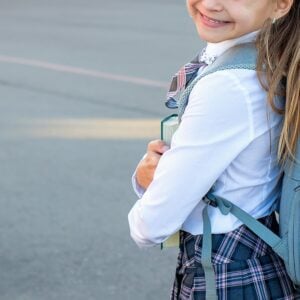 AFP Warn Parents On The Dangers of

Do you post about your child’s milestones on social media? If Kids on TikTok: Should Parents Worry? TikTok is currently the hottest 16 Parents Texted Their Kids And It

16 Parents Texted Their Kids And It Went Hilariously Wrong These