WTF???? I can't believe George Pell is going to be released.

If the government tells you it's ok to go out & business as usual in 2 weeks. Will you believe them & comply?

Disney+ is it worth it? 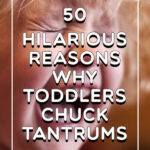 Toddler tantrums can be extremely frustrating for both mum and bub.

Watching your little one flailing her arms, screaming at the top of her lungs, bashing her head on the floor and crying bloody murder can leave you with a massive headache and the need to escape with a bottle of Jim Beam. But, take heart in knowing that, guess what, you are not alone. In fact, you are in great company!

We recently asked our fans what are some of the most random reasons why your kids have chucked a wobbly. And here is what we discovered. Be prepared to piss yourself…

1. “That we’d run out of Crunchy Nuts. I should have filmed it and sent it to Kelloggs. I’d be rich now.” — Leona

2. “Because I peeled the banana and he couldn’t put it back into the peel.” — Elizabeth 4. “Because the dog ate his piece of bread…that he hand fed the dog.” — Stephanie

6. “Because I wouldn’t let her put a soggy biscuit into the power point.” — Jade

8. “Because I did not cut her toasts in squares. So I cut them in squares and she screams ‘I want triangles’.” — Ayu

When animals become ALL THEIR RAGE…

11. “Because there was an ant on the floor where they wanted to play.” — Sophie

When cars FUEL their tantrums all the more…

17. “Because I wouldn’t let her throw water around the car.” — Louisa

When something about toilets make them go NASTY… 18. “Because I went to the toilet before her, despite her saying minutes before she didn’t need to go.” — Sandie

20. “My daughter threw a tantrum because I hurt her feelings when I ‘flushed the toilet.” — Nicole

When they turn RED about colours…

22. “Because a little girl at daycare’s favourite colour was also pink.” — Rewa

When they get annoying because they’re annoyed with their sisters…

24. “Because his baby sister’s sippy cup squeaks when she chews on it…and his doesn’t.” — Caroline

26. “Because his sister looked out the window of the side of the car he was sitting on.” — Pam

When licking is their liking…

27. “Because she couldn’t lick me. And she needed to lick someone.” — Sarah

28. “Because I stopped him from licking the baby powder from his arms.” — Sharn

29. “Because I wouldn’t let her lick the toilet brush.” — Rochelle

When to them, nothing is impossible…

30. “Because he couldn’t make himself disappear.” — Sharryn

32. “Because she couldn’t take her footprints from the beach.” — Rosemary

33. “I stopped my daughter from inflating herself with a bike pump. Cue tantrum.” — Rebecca

When their love for weird stuff goes weirder…

34. “Because he cannot wear his bike helmet to bed.” — Tabitha

35. “Because she wanted the ticket numbers at the deli to stay in the machine and people kept taking them out.” — Jade

37. “Because I put the vacuum away before he had a chance to kiss it bye bye.” — Joy

When they tried adulting but failed…

38. “Because I told my daughter she couldn’t marry her Daddy’ (nawwww).” — Angelica

41. “My 2 year old wanted to go to work…on cars. He literally screamed and cried cause he didn’t have a job.” — Tamara

When they want to complicate simple things…

43. “Because his Nan didn’t know how to dance to the Wiggles properly.” — Shani

44. “Because we took off and threw out his very soiled nappy.” — Samantha

46. “Because the sun was following him.” — Kimberly

47. “He took his shoes and socks off, now he’s crying because his feet are cold.” — Greg 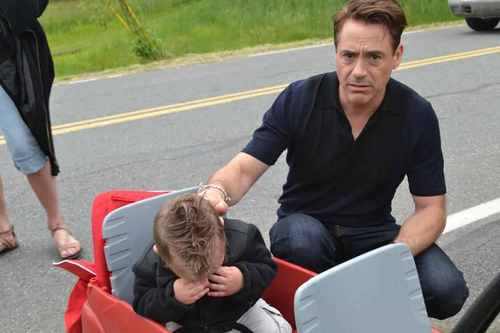 When celebrities and superheroes are sometimes not their thing…

So, which comment is your favourite? And which one can you most relate to?