Let us preface this article by making something very clear: we pass no judgement on abortion.

At Stay At Home Mum, we are strongly pro-choice, and believe that every woman has the right to decide what is right for her and her body.

About Abortion In Australia

Of all of the unplanned pregnancies that occur in Australia, almost half end in a termination of the pregnancy, or an abortion. While there is little data available on abortions, it is estimated using the numbers available to statisticians that one in three Australian women will have an abortion during their lives.

Now, in most parts of Australia, abortion series are provided by private clinics only, which means that patients will pay a portion of their expenses out-of-pocket. Some clinics do offer a reduced cost, but women will find that in remote and rural areas, the cost of the procedure is usually higher.

The Different Types Of Abortion in Australia

There are two kinds of abortion available to women, but not all clinics in all areas of Australia will offer both kinds. However, it pays to be aware of the two different procedures, so you can make an informed decision. The two options in terminating a pregnancy are a medical abortion and a surgical abortion.

This is probably the most common method for terminating a pregnancy in Australia. Officially, it’s called a suction curette and it involves removing the lining and contents of the uterus with gentle suction through a small plastic tube. It’s usually done between 7-12 weeks of pregnancy and is considered very low risk. It takes about 15 minutes, but patients will need to stay for monitoring for around 4-5 hours.

The other option if you don’t want to or aren’t able to get a surgical abortion is a medical abortion. A medical abortion involves taking a medication called RU486 (or mifepristone), also known as the abortion pill. Medical abortions are also considered very low risk, are most often undertaken between 7-9 weeks into a pregnancy, and are 98% effective when used during this window.

The legalities of Abortion In Australian States & Territories

Laws vary in different states and territories in Australia, and they are often difficult to interpret. We have done our best to simplify them here:

New South Wales: A criminal offence as once was in Queensland, however as well as a mother’s physical and mental state, there are other considerations taken into account in New South Wales including both economic and social factors.

Australian Capital Territory: Abortion was a crime until 2002, but now, women in the ACT can receive an abortion without any legal issues, and the medical provider also faces no risk of legal sanction for performing the procedure on the woman.

Victoria: Abortion is decriminalized, and a pregnant woman who requests an abortion is entitled to one up to 24 weeks into her pregnancy. After this time, abortion is still allowed if a medical practitioner believes it is appropriate and has approval from a second practitioner. Also, if a doctor objects for personal reasons, they are obliged to send the patient to a non-biased doctor.

South Australia: Lawful under certain circumstances, but one of the more simple states to acquire the procedure. The abortion must be done in a hospital or approved facility, but there is limited availability of medical abortion in the state. Also, the women must have lived in South Australia for a minimum of two months, unless there is a fetal abnormality or threat to the mother’s life or health.

Tasmania: Illegal until 2013, now, can be performed at up to 16 weeks with a mother’s consent. After the 16-week limit, the abortion can still be performed if two medical practitioners (one must be a specialist gynaecologist) believe that the pregnancy will increase a risk of injury to the woman’s physical or mental health.

Western Australia: Was illegal until 1998, nor it is lawful up to 20 weeks with a mother’s consent, or if she is unable to give consent, the abortion is lawful if the pregnancy is a serious danger to various aspects of her life. Abortions after 20 weeks can be performed if two medical practitioners (from a statutory panel of six) agree that either mother or fetus has a “severe medical condition” that would make the abortion legal.

Northern Territory: Abortion is lawful up to 14 weeks, providing there are two medical practitioners who agree there is a risk to the mother, or that there is a substantial risk that the child will be born with a handicap. Abortion up to 23 weeks is also lawful, where a medical practitioner agrees that terminating the pregnancy is necessary to prevent serious harm to a woman’s life, including physical and mental health.

Just because you are informed that abortion is not possible in your state, or that you should not have an abortion, doesn’t mean you cannot. It is often possible to travel to undergo an abortion if you are not able to procure one in your home state or territory. We have a list of reputable organizations below you can ring for more in-depth information.

How Much Abortion in Australia Costs Figuring out how much an abortion will cost in Australia is another complicated task. This is because the cost of the abortion is dependent on a number of things including the state where the procedure is done, the clinic that performs it, how far along the pregnancy is, whether the patient chooses medical or surgical abortion, and their private health insurance (if any).

For patients with a Medicare card, a portion, or sometimes all, of the costs can be recouped using Medicare, but there can be out-of-pocket expenses. These numbers should give you an idea of how much an abortion will cost, before Medicare rebates. We haven’t been able to provide numbers for every state and territory, only estimates for several areas.

New South Wales: The average cost of an abortion in New South Wales, and this is a surgical abortion, is $380. However, costs have been seen between $300 and $800 depending on where you live, whether you hold Medicare, the clinic you visit and so on. Medical abortions are much cheaper, and the price of the RU486 drug was slashed from $800 to just $12 by Julia Gillard in 2013.

Victoria: While some Victorian hospitals offer free surgical abortions, there are only a limited number of spaces. For those with Medicare cards, most of the costs will be covered, but women can expect out-of-pocket fees of around $300 – $500 depending on the hospital or clinic. Also, if you do not have a Medicare card, that cost is significantly increased. However, medical abortions are much cheaper.

Western Australia: The cost of an abortion in Western Australia, either surgical or medical, will be between $350 and $850 depending on whether you hold a Medicare card. However, you will need to get in touch with the particular clinic or hospital you wish you use in order to get a concrete value.

Northern Territory: Getting an abortion in the Northern Territory generally costs between $480 and $740 as long as you’re a Medicare card holder. If you are not, you can expect significantly higher costs. Also, the cost for medical and surgical abortions are more or less the same.

Remember, when you’re getting advice about your choices in terms of having an abortion, it’s important to seek out unbiased sources of information. This includes family planning clinics, Children by Choice (QLD) or Dr Marie – Marie Stopes International Clinics. These services will provide you judgement-free information to help you in making the decision that’s right for you, while that service may not be guaranteed at other clinics or with other doctors.

Where to Get an Abortion in Australia 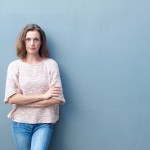