Labour is a really interesting experience, something that few women will ever forget (good or bad).

However, there’s still an element of mystery about what happens after labour, specifically in the first hour.

We want to clear some of that up now with a simple introduction about everything you don’t know about the first hour post-birth. If you’re about to experience a birth yourself, read on!

1. The Placenta Has To Come Out

Once your gorgeous little bundle of joy is out, the rest of the party has to come out as well. That means the placenta that has been nourishing your baby needs to be delivered. Your placenta will separate from the uterine wall and move through the birth canal, at which point your doctor might pull gently on the cord and gently knead the uterus, or give you an injection to encourage more uterine contractions to get the placenta out. Afterwards, doctors will have a look at it to ensure it is intact and not fragmented.

2. You’ll Get The Jitters

Many women feel quite shaky after birth, and with good reason, but for some, the jitters can be a whole-body sensation. In fact, most women experience some kind of full-body shaking after they give birth, and it’s not related to your body temperature. It’s actually caused by the massive hormonal shifts that are going on after you deliver, as well as endorphins releasing from you finally getting your baby, and possibly a reaction to anaesthesia. Don’t worry, they don’t last!

Even though episiotomies aren’t a routine thing to do for most mums during labour, some minor vaginal tearing is pretty common, particularly if you’re a first-time mum. This means that you might need some stitches in the time after birth. If you went with the epidural, you’re unlikely to feel the tearing or the stitches at first, but if you went without pain relief, you’ll probably get a shot ‘down there’ to numb if first. No way to get around it, those stitches are painful.

4. Baby Will Get Their First Tests

Immediately after birth, your baby will have some tests done. The first is the Apgar score, which is done at one minute and then five minutes after your baby is born. This is when the nurses or midwives observe your baby’s colour, breathing, behaviour, activity and posture, looking for any problems that would require immediate medical support. For most babies, there’s nothing. For some, further observation is needed. It will depend on your situation.

Just in case you didn’t realise it already, labour is pretty messy business. Not to freak anyone out, but in the first 10 minutes after labour, it’s totally normal to lose a bit of blood. Most women won’t lose more than a few hundred millilitres, with anything over 500ml classified as post-natal haemorrhage. Don’t worry though, your doctors will be watching you closely.

Most women have heard that it’s important to breastfeed pretty quickly after birth so as to start your nursing relationship with your child early. This is true, but what women often aren’t told is that babies might not be interested in feeding straight away. In many cases, babies won’t want to eat for 15-30 minutes after delivery. If this happens to you, it’s still important to keep your baby close, and practice skin-to-skin contact which is also beneficial.

7. Your Vag Will Be Swollen

There is a fair bit of pressure on your nether region during labour, and it’s often quite a surprise just how much your genitals will swell as you’re healing. This is particularly true for women who pushed for a long time. In some cases, the labia can triple in size, but ice packs can be effectively used to take down the swelling. It’s much more common in first-time mums though, so you might not have to worry about it.

8. Medical Staff Will Massage Your Uterus

This will start in the first hour following birth, and is called fundal massage. Essentially, it ensures that the uterus clamps down the way that it should, and helps to slow the bleeding. It can be uncomfortable, particularly if you haven’t had an epidural. However, it is important to get clots out as well as placental and amniotic fragments. In the first hour, these massages will probably happen around about every 15 minutes, so be ready for that.

What surprised you about the first hour post birth? 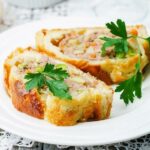 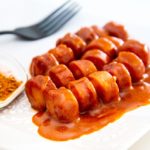