There are lots of things you’re never going to see eye-to-eye with your partner over in every relationship.

Some of these things are minor and you can compromise, but other times, it can be something huge, like whether or not to have children.

Ideally, you will know if you share the same life goals as someone else’s before you commit to them in a long-term relationship. This includes whether or not you want to be parents.

When he’s upfront about it…

If your partner is upfront from the get-go about not wanting kids, and you really want them, this is something you’re going to have to navigate sooner than later.

Are you willing to sacrifice these dreams and goals for love? Or are you likely to resent your partner as time goes by, and your biological clock starts hassling you?

Sure, there are lots of reasons why a guy might not want kids. He might feel he’s too young, in which case, maybe he’ll change his mind later – but maybe he won’t. He might think he’s too old. He might already have some and doesn’t want more. He might be put off because of the cost, the lack of freedom, the responsibility and so on. He might just really, really not like kids… they aren’t everyone’s cup of tea.

You shouldn’t delude yourself into thinking that a man who says he doesn’t want kids (or doesn’t want any more kids if he has some already) is going to change his mind at some point. There are times when it might happen, but hedging your bets on him changing his mind is a pretty dumb gamble.

Bottom line is, if you’re wanting to be with this guy long term (marriage or cohabitation or whatever floats your boat), you can’t hope that he’s going to wake up one day and say he does want babies after all, nor can you hope that you’ll be able to talk him around. If people don’t want kids, they really shouldn’t have them.

If you really, really want kids, you deserve to be with someone who wants to have kids with you. It’s hard if you love someone to let them go, but you might have to put your big girl panties on and break it off and find someone else who is on the same page as you.

When he tells you he’s changed his mind AFTER you get married..

Unfortunately, sometimes, you can be with someone who says that they want to have kids and you’ll plan a future together, maybe even getting married and buying a house together and all those other things committed couples do.

And then one day, they’ll tell you, “I changed my mind, I don’t want to have kids now.”

It will be like a sucker punch. And you have every right to feel angry about it. 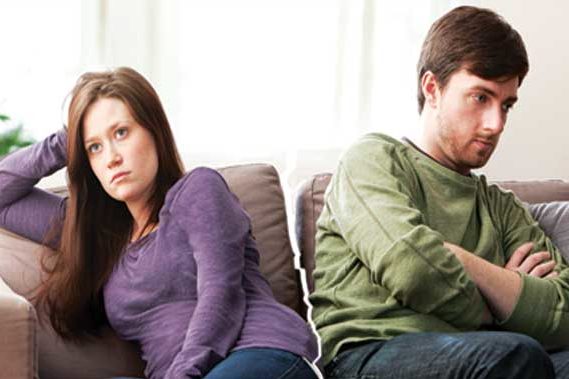 When someone tells you they have shifted the goalposts in your relationship without consulting you, this is hard enough: but if you hoped to be a parent one day, with this person no less, and they are telling you that they have decided to take that away from you, it’s completely normal to feel betrayed. It can be just as devastating as being cheated on.

Whether he’s done it as a “bait and switch” – agreeing he wants kids just so long as he can get you to marry him and then change his mind once he thinks he’s got you hooked – or if he’s just decided later on that he doesn’t see parenthood in his future, the outcome is the same for the partner who wants to be a parent.

You need to weigh up whether you can get over this, or if it will eat you up. If it’s the latter, a breakup might be on the cards.

You may get extremely terrible advice telling you that “accidents can happen” and to tamper with any birth control you are using — pricking holes in condoms, “forgetting” to take your pill — this is just crap advice. For starters, anyone who tells you to do this (friend, family member, random on an internet forum) is an idiot. If he doesn’t want kids, tricking him into a pregnancy is a great way to destroy his trust if he finds out. And what if he bails on you when you are pregnant because he really doesn’t want to be a father?

This isn’t fair to your children, to him or to you. So seriously, don’t go there.

How do you deal with your partner when he doesn’t want kids?