A lot of us post stories and photos of our kids on our social media accounts all the time.

Chances are, if you’ve got a teen or a tween, they are probably not happy about it. Researchers from the University of Michigan analysed 249 families, asking both parents and their kids what guidelines they thought families should follow surrounding technology.

The parents and children agreed on most rules, such as no texting while driving, but nearly THREE times as many kids as parents wanted rules about what parents shared on social media such as Facebook or Instagram.

Kids ages 10 to 17 said they had real concerns about the ways parents posted about their children’s lives while parents hardly gave any thought to it at all as an issue.

One of their biggest concerns is photos and stories coming back to haunt them later on, especially if parents are letting their friends kids follow them or friend them on social media, or if the posts are public.

This might not come as a surprise to those of us who see our kids rolling their eyes every time we attempt to take a photo of them doing something goofy.  “You’d better not put this on Facebook, mum!” is something I’ve heard more than once or twice from my own tween daughters.

Conversely, they’ve also asked me to put up photos that they approve of, for example in costume before a dance performance.

This issue really is unchartered territory for most of us. Some of our kids, like us, were born before social media existed. While others have had their lives documented by parents on it since the day they were born. At some point, they are going to want to take control of their own social media lives, and that might be before they are old enough to have social media accounts of their own.

Stacey Steinberg, the associate director of the Center on Children and Families at the University of Florida Levin College of Law, told the New York Times: “As these children come of age, they’re going to be seeing the digital footprint left in their childhood’s wake.

“While most of them will be fine, some might take issue with it,” she said.

On the flip side, parents often get a great deal of value out of the community aspects of social media – they can crowdsource answers to parenting issues and get help and advice 24/7 in ways our own parents could never have dreamed of.

It’s all about balance. If your kids want you to check with them before you post something, you should probably do that. Lock your security settings down tightly so nosey kids from school can’t see anything you post, and try not to become friends with their friends unless you know that kid is solid and isn’t going to use what you post to tease your child forever.

The good news is that we often worry about what our kids will get up to on social media…will they share embarrassing selfies or do and say stupid things online they may live to regret. It seems young people actually have a better handle on this than we give them credit for if they are worried about other peoples’ perceptions of them based on their parents’ social media posts.

Do you follow any rules before posting your kid’s photo/ story in social media? If so, what are they? 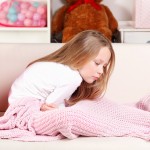 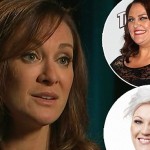