One of the best things about being pregnant is having all the time in the world to do whatever you want without feeling guilty about it.

You get a lot of support from everyone around you, from lifting heavy stuff for you to scratching your toes. What topped my list as my guilty pleasure was my morning, noon, night time movie marathon. Well, okay it wasn’t that crazy, but something close to that. Here are some of the movies that I enjoyed watching in those nine, long beautiful months. If there’s anything on the list that you haven’t seen yet, you should. A flourishing career and a pregnancy don’t meld well. If you have a questionable biological father in the picture, you know you’re in an even deeper trouble. Alison and Ben are about to find out what parenting is like and if they’re cut out for the role. Juno initially considers an abortion to deal with an unplanned pregnancy. But as she is scared away by authoritarian attendants at a clinic run by a women’s group, the independent-minded teenager has to confront other events that put the pressures of adult life onto her. A woman from South Philadelphia agrees to act as the surrogate mother for an executive, and everything turns out well until she realises that the surrogate mum has to live with her througout the pregnancy. The relationship is marred by eternal conflicts and every bump in the way is hilarious that you don’t want the movie to end! As part of a scientific research, a man gets pregnant to test a fertility drug that will help protect women from miscarriages. He thinks he’s carrying the child for only three months and he’s wrong. Very wrong.The birthing part of the entire experiment also did not cross his mind when he agrees to be the guinea pig. Mary is a good Christian girl who goes to a good Christian high school where she has good Christian friends and a perfect Christian boyfriend. Her life seems perfect, until she becomes pregnant and finds herself ostracised and demonised, as all of her former friends turn on her.

6. What to Expect When You’re Expecting Life is never perfect no matter how much you plan it. Five different lives are intertwined in this romantic comedy, and yes, there is not a boring character in this movie. Samuel’s life is perfect. That is, until he finds out his girlfriend is pregnant. A commitment-phobe, he must now face the issues that come with being an expecting father, as his lifestyle may have to be changed for better or much, much worse.

9. Father of the Bride II After he’s finally settled with his daughter’s marriage, George Banks once again recieves a new surprise: He’s going to be a granddad soon and as expected, chaos ensues all over again. As an added surprise, his wife is preganant, too, making a him a new granddad and dad at the same time. Straight-laced and overly analytical architect Peter is flying home to his wife for the imminent birth of their first child. However, when he and fellow passenger, aspiring actor Ethan, are kicked off the plane, they are forced to hitch a ride on a hilarious road trip in order to make it home on time. Master baker Jenna realises that she’s pregnant and wants to flee the town before her abusive husband finds out. The trouble with the plan comes in the form of a cute doctor whom she begins to have an affair with and he’s the only one who knows her deep dark secret. Novalee’s boyfriend leaves her empty-handed at the parking lot of Wal-mart. She’s not only left with nothing, she’s also very pregnant. Novalee develops a meaningful relationship with a nurse who takes her in and takes care of her and her baby. (Note: Prepare a box of tissue before you play this movie.)

12. Riding in Cars with Boys Growing up bright and ambitious in a working-class neighbourhood, Beverly displays a keen interest in literature, and dreams of going to New York and becoming a writer. However, she also develops an early interest in boys, and as one thing led to another, she finds herself pregnant at 15. Precious suffers from an abusive mother and gets pregnant for the second time — by her own father. Hope looms over the horizon when she moves to an alternative school and is taken under the wings of a caring teacher.

14. The Object of My Affection The expectant life of a perfect Brooklyn couple hits a snag as Nina begins to develop romantic feelings for her gay best friend. She decides she’d rather raise her child with him, much to the dismay of her overbearing boyfriend. Samantha, an inner-city high school teacher, discovers she is pregnant at the same time as one of her most promising students, Jasmine. The two then develop an unlikely friendship while struggling to navigate their unexpected pregnancies. What if newborns think exactly the way adults do? It’s a cute and funny thought, although if you really think about it, it’s a bit creepy. Hamburger joint waitress Sally is pregnant. But she unknowingly falls for the stepson of the deceased father of her baby, and has to deal with the stepson’s homicidal mother and brother who are out to get her. What is the meaning of life? The Monty Python comedy team is trying to sort out the most important question on Earth in their own uniquely silly way by exploring the various stages of life, starting with birth. Hi and Ed, a childless couple and also an ex-con and an ex-cop, kidnap a child from a quintuplet. Their lives snowball into a series of troubles especially when they’re joined in by Hi’s ex-con friends. Rosemary and Guy move into an apartment in a building with a bad reputation. They soon discover they are surrounded by peculiar neighbors and occurrences. When Rosemary becomes mysteriously pregnant, she begins to suspect that her neighbours have special plans for her child.

What movies did you watch when you were pregnant? 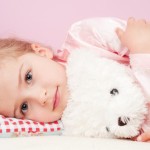 10 Ways to Encourage Your… 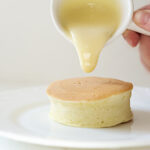 Just buy Australian owned & made!
Answered 7 hours ago
Domestic Abuse Against Men
Asked 1 day ago
Need advice on what I can do about some kids that I know are being abused.
Answered 2 days ago
Help me get my 7yo out of my bed
Answered 2 days ago

90’s Aussie Soap Stars: Where are they

90’s Aussie Soap Stars: Where are they now? Remember the days