Ever wondered about the real-life Princesses around the world – and what they are up to?

Even if the phase doesn’t last, we all dream of a life of royalty. In our minds, it’s comfortable, luxurious, and devoid of the challenges that can make day-to-day overwhelming.

Well, for some women, this isn’t a dream at all but rather their reality. Here are 20 real-life princesses who are living the life of royalty all around the world.

Princess Chimi Yangzom Wangchuck is a real-life princess of Bhutan and half-sister of the current King. She is also a dedicated student, having completed a bachelor’s degree in international relations and economics, and a master’s degree in public administration from U.S. universities.

Princess Martha Louise is the only daughter of King Harald V and Queen Sonja and is currently fourth in line to the Norwegian throne. She is married and lives in London with her partner and three daughters.

A French actress, Clotilde fell in love with Emanuele Filiberto, the Prince of Venice and Piedmont and was married in 2003. She is a controversial royal bride, with strong left-wing views. Although Italy has no ruling royal house, having abolished the royal family, her position remains.

A daughter of the King of Jordan, Haya bint Hussein is a junior wife of Sheikh Mohammed bin Rashid Al Maktoum. She’s an Oxford University graduate and a champion equestrian who has even represented Jordan in international show jumping.

Princess Kalina is the only daughter of the exiled Tsar Simeon II of Bulgaria and retains her title although Bulgaria is no longer a monarchy. She is married to a Spanish humanitarian and still has close connections to many royal families, including in Morocco where she lives.

Once a South African Olympic swimmer, this princess married Prince Albert II in 2011 to become a Princess of Monaco. Although the prince is 20 years her senior, they remain happily married and have twins.

Born to Grand Duke Henri and Grand Duchess Maria Teresa, Alexandra was once excluded from the line of succession. A rule change in 2011 put her fourth in line, and although only 24, she regularly attends royal events, both with the family and as a royal representative.

The only daughter born to Crown Prince Maha Vajiralongkorn and his (now ex) wife, she only became a princess in 2005 after being elevated by a royal command from her grandfather. The princess has many interests including sports, arts and fashion.

The eldest child and heir apparent of King Carl XVI Gustaf, Victoria has the life of a proper princess. She is a working member of the Swedish Royal Family, with a busy agenda of events, and if she ascends to the throne, she’ll be the first Queen since 1720.

An Australian who captured the heart of Crown Prince Frederik of Denmark, Mary is widely known. She’s adjusted well to her life of royalty and is busy with her generous patronage and her four little royals.

The granddaughter of Japan’s reigning Emperor, Princess Mako is another entrant into the group of young royals. Aged just 24, she is currently studying at a university in Tokyo and plans to move to Ireland for further study in the future.

This royal lady has a whole lot going for her. Although she’ll never sit on the throne, which is currently occupied by her half-brother, she’s a massive success. She was a premiere dancer in the Royal Ballet at aged 15 and a prima ballerina by 18. She’s also a mother to five children.

The second child of King Albert II and Queen Paola, Princess Astrid is both royal and charitable. She is a strong supporter of medical research and was the chairwoman of the Belgian Red Cross. Princess Astrid spends her time parenting and fighting epidemics and domestic violence.

7. & 6. Beatrice and Eugenie, Princesses of York

The granddaughters of Queen Elizabeth II and daughters of Prince Andrew and Sarah Ferguson (once Duchess of York), these two princesses are well known. They’re often seen in public, both at royal events and socially at their own causes.

One of a massive family, Princess Sikhanyiso is the first of King Mswati’s 30 children. From the first of his 10 wives, she is known as the Principal Princess and has had her fair share of controversy thanks to a strong sense of justice. She is a modern princess, operating on social media, shunning traditional dresses, and performing as an actress and rapper.

Wife to Prince Alwaleed bin Talal and graduate of New Haven University with a degree in Business Administration, this Saudi Princess is very hard working. She’s a humanitarian focused both on Saudi Arabia and around the world. The Princess is also the Vice Chair of a non-profit organisation and an advocate for women’s rights in Saudi Arabia.

Often forgotten by the media, Princess Anne is the only daughter of Queen Elizabeth II, the current Queen of England. She is known for her charitable pursuits and is one of the busiest members of the royal family, attending more than 700 engagements every year.

2. Laurentien, Princess of the Netherlands

Wife of Prince Constantijn of the Netherlands, the third royal son in his family, it’s unlikely that Princess Laurentien will ever be Queen. But she’s using her time very effectively, fighting illiteracy in the Netherlands and working towards a better future.

This is none other than our favourite Kate Middleton, who is technically a Princess (as well as a Duchess) thanks to her marriage to Prince William. She’s mum to three little royals, and was one of Time’s 2012 Most Influential People In The World.

Finally, how can we forget the recent addition to the list of real-life princesses? The American princess and very much loved…

Born and raised in Los Angeles, California, Meghan captured the heart of Prince Harry, Prince William’s brother, and married last May 19, 2018 at St. George’s Chapel at Windsor Castle. She was a famous American actress and model when she met the prince. She graduated at Northwestern University in 2003 with a degree in theatre and international studies. In 2018, she was included in Time magazine’s “100 Most Influential People in the World” and was also chosen as one of the most influential women in Britain by Vogue magazine.

Do you want to be a princess? 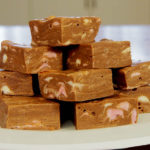 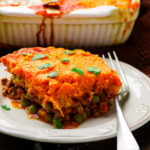 Sons circumcision
Answered 1 hour ago
Is it normal for the mother of my step son to buy my husband a father's day gift and put my child's name on it?
Answered 22 hours ago
How kinky are you?
Answered 1 day ago
What are some reasons you have lost a school mum friend????
Answered 2 days ago