Let’s face it, there aren’t too many things better than sex.

Sure, a long hot bath is relaxing, and chocolate can do wonders for the brain, but is there anything better than rolling around in the hay with your lover at the end of the day? or at the start of one?

Of course, if you need a little more motivation to get moving, here are 20 reasons why sex is actually good for you, as well as good in general, as proven by science!

A stressed life is not a happy life. So if you didn’t know this already, you’ll be happy to learn that sex is a cheap, drug-free way of lowering your stress levels. Having sex has a positive effect on your blood pressure, and studies have found that those who have recently had sex have lower baseline blood pressure, and less of a blood pressure rise during stressful situations. Bonus!

2. It improves your mood

When we have sex, certain hormones are released into our bodies. These hormones, which include a range of endorphins as well as oxytocin, can have a massive effect on our mood. Endorphins help to release stress, and improve our levels of happiness, making us feel better all around.

3. It grows your love

The release of hormones like oxytocin during sex can have an impact towards how you feel about someone. Oxytocin, sometimes called the love hormone, makes you feel a closer bond with your partner, and can help in solving arguments and relationship stress.

4. It helps you sleep

If you’ve got problems with sleeping, a little bit of nighttime exercise might be what you’re missing. This is related to the release of hormones, as one of the main issues behind having trouble falling asleep is stress about your inability to sleep. Having sex serves not just to take your mind off your insomniac worries, but also as a stress reliever for the stress that’s stopping you snoozing.

Sex is a great form of exercise. It’s so good, that there have been books written about the Ultimate Sex Diet, where regular sex is prescribed for as the key towards both health and fitness. Whether or not you’re ready for the sex diet, sex definitely counts as exercise, and is a great way to burn some calories, and have some fun.

Having sex twice a week has been found to reduce the chance of a heart attack by half. This long-term study, conducted at the New England Research Institute in Massachusetts, showed that men who have regular sex have a much lower chance of having a heart attack than their sexless counterparts.

8. It extends your life

As if the news could get any better. A study from Belfast that tracked the mortality of 1,000 men over ten years has found that men who orgasmed most frequently, had a death rate of around half of their less-than-lucky buddies.

In a study of college students (who we all know are getting a lot of the good stuff), Psychology Today found that students who had more sex were more protected against illnesses. The study took a group of students and compared their frequency of sex, with the number of protectants against colds and flu present in their saliva. Take that abstinence!

Low self-esteem is a hard burden to bear, and it is one thing that definitely lowers your libido. But, if you can bring yourself past that, you’ll be glad to learn that in some cases, having sex can help boost your self-esteem. The biggest boosts come after an extended dry spell of sex, and results aren’t recommended, but it’s certainly worth a try.

Anything that has the potential to lower the risk of cancer seems like a pretty good deal, especially if it’s as enjoyable as sex. Although in-depth studies haven’t been completed, there is a persistent theory (with some basis in fact) that men who have more sex over their lifetime have a reduced risk of being diagnosed with prostate cancer.

For the ladies, it is worth noting that recent studies have suggested that sex can play a central role in fighting cancer as well, particularly breast cancer. Scientists have drawn links between the self-esteem and body confidence of women (as improved through sex) and their ability to mentally cope with a cancer diagnosis.

We already know that sex can have a positive effect on our health as a method of exercise, but did you also know it’s great for improving muscle? This article, from Bodybuilding.com, showcases just how athletes can use sex in conjunction with their workouts for the greatest effects.

Not only does sex have the ability to lower the levels of bad cholesterol in your body, but it can also simultaneously increase the good cholesterol. It’s so many good things rolled up into one!

If you’re trying to quit smoking, a little more time in the sack might be just what you’ve been looking for. And it isn’t just the habit of smoking that can be broken. Distracting yourself with daily (or very regular) sex can help to get rid of any number of bad habits, and it’s proven.

A study of women in Nigeria found that one of the biggest annoyances of menopause – hot flashes – was reduced when the women were having sex more regularly. The study suggests that sex works to regulate the hormones in the body, which in turn respond with more balance during menopause. These, sex experts also agree.

Any activity that stimulates the mind has a positive effect on the individual risk of Alzheimer’s. Now sex just happens to be one of the most mentally stimulating activities there is, and there is some evidence to suggest that it can reduce your risk of developing the condition.

Sex has a marked effect on the strength of your pelvic floor, which in turn is related to bladder control. After pregnancy and birth, many women struggle with issues of incontinence, and it turns out that sex is one pelvic exercise your body will thank you for.

During pregnancy, your hormones are all over the place and this can wreak havoc on your sense of well-being, and your health. Having regular sex during pregnancy ensures that your body is getting a regular dose of sex hormones, which in turn keeps everything balanced and working in order. Sex can also induce labour, in case you’re really over being pregnant!

There are a couple of reasons that sex improves your skin. Firstly, sex improves your blood circulation, which pumps oxygen into the skin and makes it brighter. Secondly, it also balances out hormones, meaning, your skin is less prone to hormone-induced acne. Add onto that the fact that collagen production increases after sex, meaning less wrinkles, and you’ve got the whole deal!

So do you agree that sex is good for you? 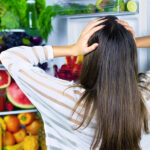 Do You Dream About an… 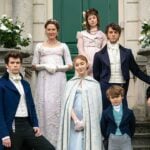 What’s next after Bridgerton? 5… 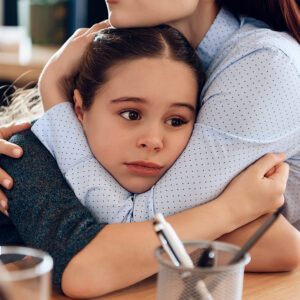 That’s it. You know the relationship is over. But what now?