You know that a happy wife is a happy life, right?

Yet husbands always complain that the women in their house are cranky and will go beast mode at them for just asking a question.

Check out every forum about relationships or marriage and you will find at least one male asking around why their girlfriend or wife is pissed.

There must be one clueless male reading this now for sure, hoping to find answers.

Is there no reason, really?

Because the last time I chatted with my girl friends, their reasons are quite similar… and I’m here to spill the tea.

Well, here you go, these are the top 3 reasons why your wife is always angry.

This is solely based on our opinion and nothing official, but we work in a almost all-female workplace so this is probably as legit as you can get.

1. Because you expect her to do EVERYTHING.

In the conventional and traditional family setting, the woman does the house work and the man works to earn. The mother would expect her daughter to wash the dishes, to cook, to sweep the floor, and would expect her son nothing else but to be a good, strong man. Mothers believe in the notion that women should serve men, so the latter develop the thinking that being served defines their masculinity. ‘Gender roles’, as how they call it, which, as a matter of fact, is becoming an absurd conception especially to most women nowadays.

At this time, women are also already having their own careers. They aren’t anymore stuck on household chores, so they expect their husbands to be cooperative in terms of house duties. However, what happens most of the time is they clean the house, do the laundry, cook, take care of the children, and so on, while their husbands, on the other hand, are sitting idly on the couch. And who knows? You might be that kind of husband that’s why your wife is always angry at you.

While it’s mostly physical, being the only one who does all the work is exhausting to the point that it already affects one’s emotional and mental states. ‘Injustice’ stresses them out, and that might be the reason why your wife is always angry.

The very reason why you got married isn’t just so you can have a nanny or a second mother that will serve you in every way she can. The sole purpose of marriage is to bring two people TOGETHER. Understand and be sensitive of her feelings too, because if you continue being a burden to her, leaving you would be a relief. Help her with the chores as well as with the parenting duties. Don’t be a slacker!

2. Because you are such an insensitive —-

One thing that’s much harder to deal with than people who aren’t moving at all is when they don’t even have the audacity to even think of those who do. It’s also a problem that most wives encounter in marriage. Their husbands don’t care whether they’re already tired, and they don’t even dare to know how to do household chores just so they can lend a hand! Some say it’s because they’re not confident with their husbandhood abilities so they prefer to be of no use and let their wives do the things. But that’s stressful on her part!

If your wife is always angry, maybe it’s because you seem ignorant of everything that has to be done at home, be it the pile of dirty dishes in the sink, the left-open faucet in the bathroom, or even looking after your own kids.

It’s basic. Help out where you can and when you can. Asking her would be a great start. Honey, do you want me to take out the trash? But ask her BEFORE she’s pissed or all you’ll get a glare as a reply.

It feels nice to see a newborn baby, especially if it’s yours. Because, well, who wouldn’t want to pinch those chubby cheeks? But while it gives joy to parents, motherhood is stressful sometimes. Carrying a child in your womb for 9 months requires strength and raising them into a good person demands proper guidance. But the downside, however, is that independence will be taken away.

The most essential aspect that a woman will lose once she becomes a mother is the ability to do what she wants. All of her time will be devoted to your child and she’ll have no time to even take care of herself and you. Changing diapers, sanitising bottles, breastfeeding, and the likes – the child becomes the centre of her life!

If your wife is always angry, it can be that she needs  some me time, someone she can lean on (aka you, father of your child) and lots of understanding. You should be mindful of taking care of her and your baby because they need that. Help with cooking, cleaning the house, and lifting her up because she’s going through a hard time.

If there’s something she asks you to do, don’t hesitate to do it because she needs support. Be beside them and always ask about her well-being because she might be feeling so down deep inside.

If your wife is always angry, communicate with her and don’t leave her be! 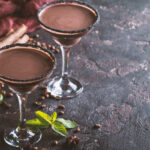 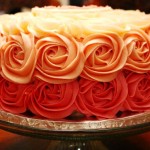