This article was published with full permission of PureWow

Just because a film is “based on a true story” doesn’t mean it’s a slow-moving, historical drama.

In fact, countless classic films have real-life connections that are almost impossible to believe. From Jaws to The Notebook, here are seven movies you might not have known were based in reality.

Wisconsin serial killer Ed Gein (aka The Butcher of Plainfield) was the inspiration behind the film’s main character, Norman Bates. Although Gein was notorious for many things, the writers channeled his creepy gaze and odd obsessions to create the on-screen version of the infamous antagonist. (Fun fact: Gein also inspired the events of The Texas Chainsaw Massacre.)

In 2004, Nicholas Sparks brought us Romeo and Juliet 2.0 with the forbidden love story of Allie (Rachel McAdams) and Noah (Ryan Gosling) in The Notebook. From their adorable meet-cute at the carnival to that serious make-out session in the rain, we can’t help but be reduced to a puddle every time we catch this classic. And the fact that Sparks based the story on his wife’s grandparents is just icing on the cake.

Although director Steven Spielberg added a fair amount of theatrics, Jaws was based on a series of real shark attacks. In 1916, four beachgoers died at the Jersey shore, which resulted in a massive shark hunt to find the man-eater and protect the city’s tourism industry. And the rest is movie history.

No, it’s not just some silly Adam Sandler flick. 50 First Dates is a real-life love story of a veterinarian (Sandler) who falls for a woman with daily memory loss (Drew Barrymore). The film is based on the true story of Michelle Philpots, who suffered two head injuries, in 1985 and 1990. Like the movie, Philpots’s memory resets when she sleeps, so her husband has to remind her of their marriage, the accident and her progress every morning.

As far-fetched as it might seem, this wacky romp actually happened. But for the real Stangle brothers, hilarity didn’t ensue until after it all went down. The story goes: Mike (Adam DeVine in the film) and Dave Stangle (Zac Efron) scramble to find dates for their sister’s wedding””to prove to everyone that they’ve matured. After posting an ad on Craigslist, the boys invite two seemingly lovely girls (Anna Kendrick and Aubrey Plaza) who turn out to be a lot wilder than they imagined. That poor, poor sister”¦

Matt Damon and Ben Affleck won the original-screenplay Oscar for their 1997 film, Good Will Hunting. But did you know the story came about from a real-life incident involving Damon’s brother, Kyle? As it turns out, Kyle was visiting a physicist at the M.I.T. campus and came across an equation on a hallway chalkboard. Using his artistry skills, the star’s brother decided to complete the equation (with totally fake numbers), and the masterpiece remained untouched for months. Thus, Good Will Hunting was born.

Over the years, many people have reported unexplained, paranormal activity inside the Stanley Hotel in Estes Park, Colorado. In 1974, Stephen King and his wife, Tabitha, decided to see what the fuss was about and checked into room 217. After their stay, King admitted to hearing strange noises, having nightmares””which he never does””and thinking up the idea for his 1977 novel turned film.

This article was republished with full permission of PureWow – Read the original article here. 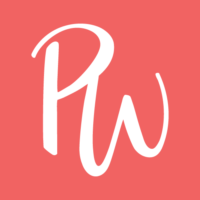 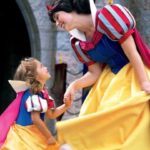 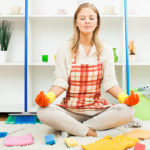 40 Ways To Procrastinate Instead…

I need an easy (but funny) dress-up theme for an upcoming party.
Answered 12 hours ago
Baileys White Chocolate Fudge
Asked 12 hours ago
Child doesn't believe in Elf on the Shelf anymore
Asked 18 hours ago
Gassy Lasagne
Asked 20 hours ago