dating
Asked 3 hours ago
What is the guide to select appropriate Class and race with Up to 9% off classic wow gold cheap?
Asked 4 hours ago
Is it compulsory to have to pay for programs etc in high school
Asked 4 hours ago
So bored of "married sex"
Answered 5 hours ago

Not meaning to sound judgmental before we’ve even begun, but it’s hard to imagine a frame of mind where we’d be interested in selling our virginities. However, these women tried to do just that.

Since 2004, there have been cases popping up about women (and some girls) who have tried to sell their virginities online. Their reasons were vast.

Some had debts to pay, others bills to keep up with, and some just wanted the big bucks. Or so they said. Not surprisingly, the media jumped on these stories, spreading them all around the globe. Some of them ended up being hoaxes, but others were very real, and the money is often out of this world.

The first confirmed case where a girl not only tried to auction her virginity, but succeeded, was Rosie Reid.

In January of 2004, she advertised her virginity in an auction on eBay.

She claimed she had never lost her virginity as she was a lesbian, and wanted the money to pay for her school’s tuition. In March of 2004, it was confirmed that Rosie had sold her virginity for an agreed sum of £8,400 to a 44-year-old telecommunications engineer and father of two. After the experience, it was reported that both Rosie and her partner were upset by the experience. Not really surprised at that.

In March of 2005, an 18-year-old Peruvian model made some waves when she decided to sell her virginity online to the highest bidder.

Yataco claimed that her mother was very ill, and her family was quite poor, and that the money would be used to their benefit.

It’s not quite clear what they thought about the entire affair, and we might never know. But, by April of the same year, she had retracted her V-card, although by then bids had reportedly reached $1.5million dollars. Following her refusal to go through with the sale, many accused her of offering her virginity as a publicity stunt to launch her career.

By far the most well known of all the virgin sales was Natalie Dylan.

In 2008, she announced on The Howard Stern Show that she was planning to auction off her virginity on the Moonlite BunnyRanch website, and that the act would take place at the ranch itself.

She was a recent graduate, who was planning on using the money to get to graduate school. Dennis Hof, owner of the BunnyRanch brothel was set to receive half of the money, and the bidding reached $3.8million dollars at its peak. Natalie retained the right to reject the winner if she didn’t approve, but in the end the act never happened. The winning bidder was an Australian man, who put up a $250,000 deposit before he got together with his wife. Natalie got to keep the money, so it all worked out for her.

There are a lot of things we can’t say for sure about the case of Alina Percea.

It’s generally agreed that in May of 2009, the 18-year-old Romanian woman successfully auctioned off her virginity on a German dating website to a 45-year-old Italian man.

Most people also agree that the act happened in Venice sometime following the payment of 10,000 euro, and that both the auction winner and herself enjoyed the experience very much. However, after the fact an old teacher came forward to claim that she was not a virgin at all (not sure how they knew) despite Alina’s claims that two doctors had verified her status as a virgin. Who can say for sure?

When it comes to auctioning off your virginity, there’s a mixed barrel of endings.

But for a 17-year-old Hungarian girl (who turned 18 during the auction) going by the name of Miss Spring, there’s nothing good about it.

In August 2010, she listed her virginity on eBay only to have the listing removed. Reports suggest that a British businessman purchased her V-card for £200,000 and the money would be used to pay family debts. Unfortunately, the Austrian Times reported that in early September, Miss Spring was beaten by four men in her home. After they threatened to rape her, she pulled out of the auction. We aren’t sure of the reasons behind it, but it certainly shows the seedy underbelly involved.

Catarina Migliorini can’t seem to understand when an idea isn’t working for her.

She’s tried to sell her virginity not once, but three times.

First, she did so for a planned documentary in which a buyer (reportedly a man from Japan) had offered $780,000 for it. The act was to occur over international waters, to avoid legal issues, but it never happened. Migliorini claimed the man didn’t match his description, and that the director of the planned documentary had tried to defraud her. Then, she tried to sell her virginity in a private sale in 2013, but didn’t generate the interest she had planned. Finally in 2014, she had plans for a television series in her home country of Brazil where men would compete for $1million and her virginity. Nobody is quite sure what happened after that.

Going by the name of Elizabeth Raine, a 27-year-old American medical student advertised her virginity online in March of 2014.

Although she came from a privileged upbringing, and had no real need for the money, she insisted it was her primary motivation. She also claimed some would be given to charity. Bids went wild from all over the world, and had reached over $800,000 when Raine suddenly had a change of heart and called off the auction one day after it was completed. She didn’t give a reason, but to be quite honest, she didn’t have to.

So, although many have tried, few have taken the plunge into selling their virginity. But, we aren’t really behind it..

What are your thoughts on this? 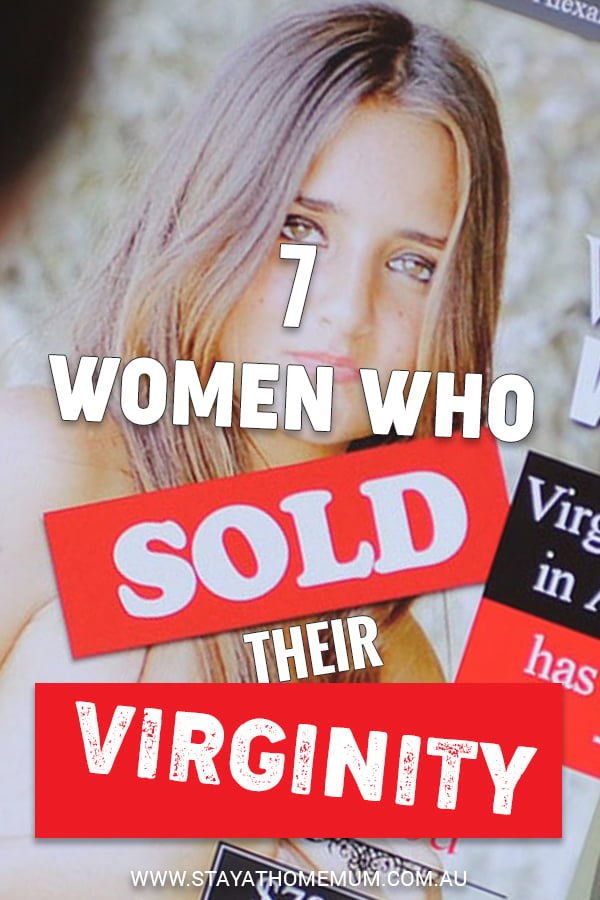