Just released on STAN, the Docuseries follows the crimes of notorious Perth Serial Killer, Eric Edgar Cooke, who prowled the streets of the fancy Perth suburbs in the 1960’s.  Not only does the series focus on the victims, it also goes into detail about the two innocent men who went to jail for crimes committed by Cooke and uncovered Police Corruption in Western Australia in the 1960’s and 1970’s.

Perth was still considered a ‘Big Country Town’ in the 1960’s.  A safe place to grow up.  That is until a mad man started killing people in the dead of night.

Eric Cooke was a prowler, peeping tom and ultimately a murderer who killed eight and destroyed the lives of many many more.  Cooke would prowl and shoot people sleeping on their verandahs.  Knocking on doors in the wee hours of the morning and shooting those who dared open the door. If he found a young woman walking along a road, he would run them down in his vehicle.

If you have been following the recent trial of the Claremont Serial Killer, Bradley Edwards, this documentary will be of interest.  There are a lot of similarities between the two – who both changed the landscape of Perth forever. Plus many of the award-winning journalists who covered Eric Cooke’s crimes were major players in covering the Claremont trial (Bret Christian and Estelle Blackburn).

Both Eric Edgar Cooke and Bradley Edwards chose the fancy ‘Western Suburbs’ of Perth as their hunting grounds.  They both preyed on young women and both committed their worst crimes on the Australia Day Weekend.

Eric Cooke was the last man hanged for his crimes in Fremantle Prison on the 26th October 1964.  He is buried in the Fremantle Cemetery in an unmarked grave, along with baby killer, Martha Rendell, who was also the last woman to be hanged.

Terrifying Stories from the Victims

After the Night really showcases real stories of the victims of Eric Cooke.  The women who found Cooke prowling in their bedrooms at night, the women who were run down in the street by his vehicle.  Perhaps the saddest of all of the victims was the son of Pnena Berkman, who was murdered in her bedroom by Cooke.  Mark Berkman, who was only 8 years old at the time, had been staying at a friend’s house on the night of the murder.

With his parents divorced, and now his mother dead, little Mark returned to Melbourne with his father before being placed in an orphanage.  He was adopted by his uncles when he was 12 and went to live in Israel.

The rawness of the stories by Cooke’s victims show that 40 years may have past, but the fear of his crimes lives on. 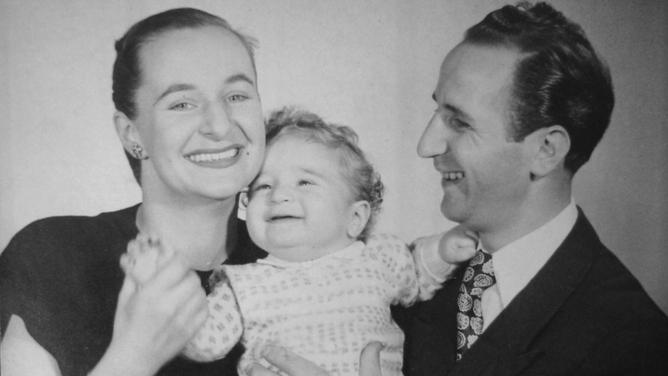 Pnena and Gary Berkman with their son Mark in 1951

The hero of the whole docuseries would have to be the widow of Eric Cooke, Sally.  With seven children to raise, this tough old duck faced the public of Perth’s harsh scrutiny but came out on top.  She is somewhat of an underdog hero in Perth, and she sadly passed away last year.

After the Night was created and directed by Thomas Meadmore.

All episodes are currently streaming on STAN.

22 Adorable Photographs of Stars When They Were Young

45+ Best Aussie Movies of All Time

How many have you seen?