Bras aren’t just an item of clothing, they’re a fashionable and functional piece of everyday wear for women all over the world.

But have you ever thought about a time before bras as we knew them?

It turns out, there actually was never a time before bras. Surviving art from the earliest periods of recorded human civilisation show women wearing bra-like items. These primitive bras were often little less than bands wound around the body to secure the breasts for activity and work. But it is from this that the modern bra came to life.

Let’s have a look at where the bra started, and where it’s going.

During the Roman empire, large breasts were considered to be comical and unsavoury, and best avoided at all costs. One of the earliest bra-like garments to come out of this cultural trend was called the mamillare. Essentially, the mamillare is a cloth tightly wrapped around the bust to flatten and control the boobs.

Before the bra really took off, the corset was the main garment that women wore to highlight, flatten and manage their breasts. Corsets stayed popular for hundreds of years, and shaped societal understanding of the ideal shape of the female figure as an hourglass. They began to fall out of popularity after medical professionals continued to draw attention to the negative effect that corsets have on the body. Eventually, World War I saw the end of the corsets reign when women were encouraged to stop wearing them to save steel for the war effort, and so they could work in the place of men away in combat.

During the 1920s the ‘flapper’ look became very popular. This style was remarkably androgynous with short hair and a flat chested look. Bras followed this trend in the form of the Symington, a bra style that minimised female curves with lines that were thought to be inspired by the cubist art movement.

A direct response to the growing popularity of boyish bras, Maiden Form was a company started by Russian immigrant Ida Rosenthal. Along with her husband they made and patented several bra styles, including the Maiden Form style that was intended to embrace the natural shape of the female figure.

Bras containing underwire took off in the 1930s, particularly in the fashionable centres of the world. Women quickly saw how the wire helped to lift, shape and support the breasts, which led to a massive uptake in the style. It was also during the 30s that the current bra sizing we use today (A, B, C, D etc) was created to help women choose the right bra for them. More than 70s years down the line, this is still not internationally standardised, or even the same for each manufacturer within each country.

In the 50s and 60s a very buxom look was in style, which as always led to a change in bra styles. In particular was one style that Madonna herself brought back into fashion in the 1990s: the Bullet Bra. This bra style was cone shaped and spiral stitched, allowing women to add a cup size to their bust.

It was around this time that the first marketing campaigns began for young girls both pre-teen and entering puberty. It was also when manufacturers began to promote wearing a bra throughout the day. This barrage of marketing eventually led to the feminist movement, where bras were held up as a symbol of the restrictions of women in society.

The 1970s was a time in which bras were going through a massive change. The demand for them was higher than ever, and as more women bought more bras, more designs were needed. These new designs included the very first sports bra, then called a jogbra or jockbra. It was originally made from two jock straps sewn together before being altered to something similar to today’s design.

The 1970s was also the time that the Wonderbra experienced its first boom. The real uptake wouldn’t come until the 1990s, but around 1975 a Canadian company was producing the Wonderbra and marketing it to the public as a plunge push-up bra.

1990s to the present – Fashion over Function

Since the mid-1990s there has been a growing trend among manufacturers to do away with functional and comfortable bras and replace them with bras that fit in with societal image and fashion. A larger range of styles are now available after consumers began to demand bras allow for clothing styles and do not interfere or detract from fashion. However, the side effect of this is that much of the comfort has been sacrificed.

The issue that bra manufacturers face now is how to balance the demand for fashionable bras with the demand for larger sizes being pushed by society’s increasing cup size and body mass index.

The bra industry is a billion-dollar one that continues to grow every year. Most of the bras we buy are manufactured by large corporations, and the choices that they make about bra styles changes many aspects about the way we wear our clothes.

As yet, the future of bras remains uncertain. Many consider bras to be a necessary part of living as a modern woman, while others choose to go without them for comfort instead of style. Indeed, more and more fashionable modern styles do not even allow for bras to be worn.

Wherever you stand on the bra debate, let it never be said again that you don’t know the bras story. It’s a long one, and there’s no saying where it will go next. 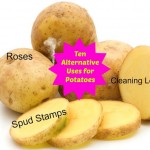 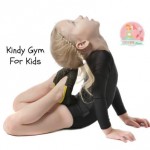 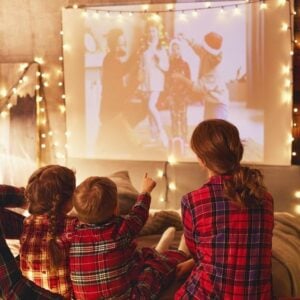