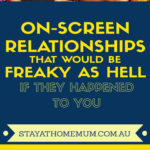 There are those among us that really love a good romance flick. The genre has enchanted people for years with charismatic characters, and oh-so-romantic plot lines.

But are they romantic, or just plain creepy?

Incredibly, some movies that are considered by the masses to be romance classics have some very creepy vibes. We’re here to shatter the illusion, and ensure you never watch a romantic film the same way again!

Love across the ages with a hint of marital abuse and murder, what’s not to love about Twilight right? Oh, did you think Twilight was a love story?

We kinda saw it as an ageless 100-year-old man’s infatuation with a 17-year-old girl, whom he wants to drain of blood and murder. Not really our idea of a great date, let’s be honest. With some darker lighting and a more ominous score, this movie is one bloody massacre away from a proper horror flick, but even without it, Edward is a controlling and dominant guy keeping passive Bella in check with barely veiled threats of death and violence.

Oh yeah, and he watches her sleep a bunch of times, which is just never ok.

More Reading:  65 TV Series You Must Watch Before You Die

2. Beauty And The Beast

We know what you’re thinking, Disney can do no wrong when it comes to adorable animated romance, but that is a massive, massive lie. Of the many questionable romantic plot lines, Beauty and the Beast is one of the worst in our eyes.

First, Belle has to reject the many advances of a man who has nothing in common with her because he feels like he’s a good fit, then she swaps her own life for her father as a prisoner of the Beast, is forced into a musical with anthropomorphised household items, and sees her father dying in a mirror. The Beast ‘allows’ her to go out and save her Dad (as if there was another option), putting Belle into an obligatory relationship that eventually sees her return to her captor ‘in love’ so he can break the curse that he got himself into.

A man with a pretty chequered romantic past falls in love with a woman who has short term memory loss, manipulates her on a daily basis, and then eventually runs away with her as his prisoner. Yep, it’s the horror of 50 First Dates. Adam Sandler falls hard for Drew Barrymore, who can only remember one day at a time

Over and over, Sandler’s character lies and creates complicated ‘chance encounters’, that only succeed because he has essentially spent months studying her in detail. WHAT?! And then, as if that wasn’t weird enough, he ends up kidnapping her (essentially against her consent because can she give consent?), impregnating her and keeping her on some boat in the middle of some frozen hellhole.

More than a decade after a girl said no to him, some creep named Ted travels over 1,500 km to hire a private investigator to stalk that same girl, the title character Mary, because it’s just true love.

He then proceeds to lie to her, and pretty much everyone in her network, so that he can win her affection for real (in his mind). The craziest thing is when she realises that Ted is essentially stalking her, she totally forgives him, seemingly because he’s the least psychotic of her lineup of stalkers that include the PI that Ted hired, some random who wants to steal her shoes, and a man pretending to be a cripple to get close to her.

What the actual f*ck.

If we wrote down all the things that Ross has done in the name of ‘love’, it would look oddly like the criminal rap sheet of a serial stalker (with a gentle side of obsessive and jealous). This is the guy who pretended to be a masseuse because he thought he could touch a hot girl, attempted to make out with his cousin, actually made out with his sister, broke into an ex-girlfriend’s apartment to steal a sweater, and so much more.

He even assumes that because Rachel is naked in her own apartment which he can see from his window like a stalker that she obviously wants him so bad. Then there was a massive nightmare with his drunken wedding with Rachel. Ross flat out lied to Rachel about getting an annulment because he thought that he could just make her fall in love with him again.

Relationships guys, apparently lying is the way to go.

We’re probably going to get a fair bit of hate for calling out The Notebook for being pretty damn creepy, but what’s life for it not to rile up the romantics right? Look a bit deeper and this extended love ballad is really just terrifying, and certainly not something you’d be happy to encounter in your own life. Ok, so Noah.

He writes literally hundreds of letters to Allie, despite getting no reply, and then builds her a house (even though they aren’t in a relationship) based on specifications that Allie gave one time, like years ago. Then, despite them fighting all the time, and Allie being in another relationship, he presents her the house (where they had sex one time maybe?) and she realises they’re just meant to be together.

Get out your hammers stalkers!

Of the movies on this list, there are few more iconic than Love Actually, and few that are more creepy and lacking in romance. Let us break it down for you, and it all starts with that damn notecard assh*le. Mark is apparently in love with Juliet, but you wouldn’t know this from the outside because he treats her like a smelly crap on the bottom of his shoe.

Mark gets the job of filming Juliet’s wedding to some other guy, which ends up being a stalker reel with lots of closeups of Juliet, and not much of a mention of her committed life-partner. Then, after she discovers this tape, he shows up on her doorstep, tells her to lie to her new husband, and communicates via notecard, presumably to be creepily adorable and rope her into the deceit. And, because movies make people twisted and messed up in the head, she ends up kissing him.

8. How I Met Your Mother

As we’re talking about the romantic comedy aspect here and not the general storyline, we’ll just gloss over the wisdom of telling your teenage children about every f*ck you’ve ever had and focus on the relationships themselves. You’d think that Barney would be the worse person here, but it’s actually Ted. Yep, Ted Mosby is less hopeless romantic and more impossible weirdo in his near decade-long search for love. Or, at least he says he’s looking for love, while at the same time using pick-up tricks from the slimy (but loveable) Barney Stinson.

Ted’s rap sheet is pretty bad and includes encouraging a woman to run away from her wedding, breaking up with someone on their birthday (twice), pursuing a married woman, manipulating Stella to turn a NO into a YES, and somehow managing to be the victim the entire time. Oh, and when he does find this woman he’s been supposedly searching for this entire time, he ends up just using her to spawn two kids before she’s killed off to make room for Robin, who he apparently love the whole time?

Ah! The Time Traveler’s Wife, the only movie that made the rom-com classics where it seems to be ok for a man in his 30s to seduce a six-year-old child.

Yeah, this is that movie and if you don’t think it is, let us explain. Main character Henry has a weird condition that allows him to time travel pretty randomly, and he’s in a relationship with Clare, who isn’t a time traveller. They’re all loved up, meeting at various points in Henry’s timeline. Of course in Clare’s timeline, the first time they meet she’s just six years old, and Henry is naked (because clothes can’t time travel). So yeah, Henry makes friends with a six-year-old girl, knowing it will result in a life-long crush that will guarantee him a wife in the future. Aww, arranged child marriages.

Ugh, there’s so much to dislike about this story that we’re actually a little shocked it has such a following of people who don’t enjoy being tied up and whipped by strangers in gimp masks.

Essentially, some super egotistical billionaire uses his significant reach to track down a student journalist who interviewed him. Then he kidnaps her, when she’s trashed, and blames her for drinking before embarking on a weird manipulation game where she gets lots of gifts and is encouraged to sign a document that would take away her independence. Oh, and then when she does attempt to leave him, the billionaire follows her across the country to her mum’s house where for some reason, she realises that she is totally into him and everything is perfect in a weird, assault and battery kind of way.

Yeah, your mum likes this movie.

In the mood for romance now? 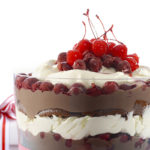 10 Cold Alternatives for a… 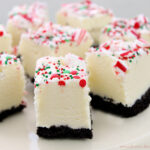