PMS as in Premenstrual Syndrome (not Pissing My Self) has been a long time health problem for me.

Who knew the answer was right under my, um, nose all along?

I like having sex. Not afraid to admit it, though sometimes I do feel out of place if the conversation I’m having with a friend leans toward them trying to avoid it. I’m pretty much the opposite, and luckily for my husband, I’ve found over the last few months that the more I have, the better I feel!

Premenstrual syndrome affects hundreds of thousands of women (and inadvertently their friends and families) worldwide and there are hundreds if not thousands of remedies and products that may help alleviate some or all of the possible symptoms.

Just probably not in one product. It’s hard to know what to use. What works for your friend, mum or aunt might not work for you. Or it may not be safe for you to take.

I used to take different vitamins and supplements to help balance out my fluctuating hormones, but for the last seven years, I’ve been either pregnant or breastfeeding, so pretty much everything is declared unsuitable for me to use! 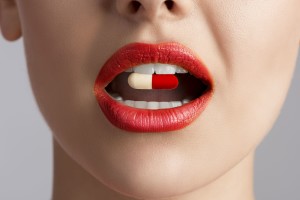 Not everyone has the same monthly fall-out. Some ladies may experience sore boobs, aching lower backs, see-saw mood swings, search and devour chocolate cravings, insomnia, weight gain, anxiety or bloating for example. Some may have a combination or ALL and more of these.

It can be an absolutely crappy time.

I personally have bloating and seem to have a penchant for salty, savoury foods, which does absolutely nothing for the bloating but doesn’t stop me reheating left over pizza at all! I also seem to develop my own brand of crazy. Not dress me in a white jacket and tie it up behind my back kind of crazy, but a very surreal feeling of out-of-body watching myself get crazy. Well that sounds crazy in itself! I’ve never been able to describe it well. I said to my husband once that it’s sort of like watching myself get anxious, worried, wound-up and just not being able to do a damn thing about it. He asked what could I do about it, I replied he had better just make out with me to take my mind off it”¦worked a treat!

It’s not new either apparently, as I’ve found quite a bit of info about how Roman doctors believed the mental disease ‘hysteria’ was caused by a wandering, sex-starved womb and threatened a woman’s sanity if not treated. The treatment”¦you guessed it”¦was none other than ‘hysterical paroxysms’ or quite plainly, orgasms. So the plan I laid out (see what I did there) was to not only participate in the normal amount of ‘wifely duties’ time with hubby, but in the week or so leading up to my period, I would make a concerted effort to get it on every other day. Good plan in theory but I didn’t factor in children.

A beautiful woman that I respect and love dearly once said to me ‘Kids are the biggest cockblockers'”¦not fucking wrong!!! OMG, they obviously missed the memo that read “Mummy needs to get her freak on many times this week to avoid being a strung-out whack-job” or just tossed it in the bin with the “please pick up your shit” memo”¦probably the latter.

And exhaustion, I forgot that I am a perma-tired mother of two very energetic little boys who, at the end of the day, usually falls asleep with them! Doesn’t leave a lot of time for sexual healing does it?

Whilst I had to rearrange my hastily thought out original plan to suit actual life, and ducking up to the other end of house for a spot of ‘parent sex’ during a Thomas the Tank episode (just enough time for emergency treatment), the end result is just as I had thought it would be.

My bang-up version of clinical trials has shown that more sex (must include at least one orgasm per session, mind) leads to a much more stable, happy and easygoing me. Not a dash of crazy this month *inserts smirking just-got-some emoji* and there’s no end to this therapy in sight! Dads Are the Key To… 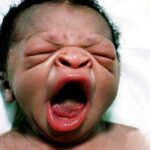 My Baby Was Really Ugly