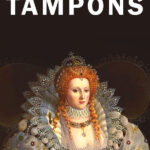 Most women know what a tampon looks like, right?

But have you ever thought about the HISTORY of the Tampon? No? Well sit down and relax – we are going back in time….

The concept of tampons (ie. inserting something into your vagina to absorb the blood and discharge) has actually been around since ancient Egypt but they have gone through a number of developments since then.

They weren’t just used for menstruating women either, they were also inserted into the vagina to prevent pregnancy. In the fifth century B.C., Greek women created tampons by wrapping lint around a small piece of wood. The Romans used wool and women in other countries are believed to have used natural materials such as paper, grass and vegetable fibres.

Fun Fact:  The word ‘Tampon’ is derived from the French word that means ‘Plug’.

Later in the 17th century, European women used sponges and cotton wadding and by the 18th and 19th centuries, tampons resembled what we use today, made from a string and absorbent material.

During World War 1, nurses saw how well the cellulose bandages they were using on wounded soldiers were able to absorb blood that they started fashioning tampons from them for their own personal use.

This type of belt was used to keep the sanitary pad in place.

In 1929 Dr Earle Haas invented and patented the applicator tampon, a type of tampon that seems to be more prevalent in the United States than here in Australia.

At that time many women were using big bulky sanitary pads that were attached to a belt. He wanted to find a way for women to be comfortable while on their period.

After some experimentation and prototypes, he decided on one particular design which consisted of a tightly bound strip of absorbent cotton attached to a string to allows the tampon to be easily removed. He also designed an applicator tube that would keep the tampon clean and would also allow the tampon to be pushed into position without the user having to touch it.

In the 1940s German gynaecologist, Dr. Judith Esser-Mittag developed a non-applicator tampon. It became popular due to the protection is provided as well as its inconspicuous size. Not only was the design of the tampon revolutionary it also catered to women’s need for discretion.

The Kotex’s Kotams Stick, a hybrid applicator tampon that looked somewhat like a tampon on the end of a stick was developed in the 1960s and in the 1970s women saw the introduction of tampons with two withdrawal strings. In 1971 Playtex released scented tampons and introduced plastic, dome-tipped applicators in 1973.

Then in 1975 Procter & Gamble brought out a new tampon called Rely.

It was designed to expand both vertically and horizontally, it was shaped like a tea bag and made of entirely synthetic materials which made it super absorbent.

However, over the following 5 years, there was a huge rise in toxic shock syndrome cases which was found to be a direct result from the using Rely and other tampons made with synthetic materials.

The Rely Advertisement released in 1980

Since then the innovation of tampons has continued. For example, there are tampons promising up to 8-hour leak-free protection, those made from organic cotton, for they are packaged in modern designs, provide a variety of absorbency levels and some have outer layers.

There are even underpants especially made to absorb period blood so the of pads and tampons isn’t needed at all!

As well as the invention of the Menstrual Cup which will last up to seven years when well looked after.

I wonder what will be next? 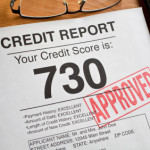 How To Check Your Credit… 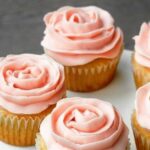