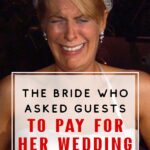 Ah, weddings. There really should be a saying that comes alongside the word, like “You can never please everyone” or “Shit, I’m broke!”

For anyone who has ever stepped up to the task of organising a wedding, you’ll know how darn expensive they are. Just say the word “wedding” and the dollar signs appear like magic little greedy gremlins, picking your pockets clean and forcing you take out a personal loan.

Don’t get me wrong, I love a wedding as much as the next lovestruck female. I love the flowers, the dresses, the venues and the pastel colours. I love watching the groom smile as his bride walks down the aisle and the mother wiping tears from the corners of her eyes. I love the clapping, the laughing, the dancing and of course, the drinking.

Heck, weddings are just one great, big party “” but would you pay to attend one?

Well that’s the fiery question that was asked on our Ask SAHM forum not long ago, and it’s certainly interesting to see the responses-slash-opinions that some people have for this topic. It all started when an anonymous follower posted this blurb:

“I have a friend who is getting married. This friend is infamous in our circle for her tight-arsedness. This time, she has sent out her wedding invitations and has stated that the RSVP to accept the invitation will be the receipt of $65 into her bank account to pay for it. To be clear, she doesn’t have any children, has a great job, owns her home, and travels internationally a lot. I think it’s funny. What do you think?”

Well, if she was after a fiery response, she got it!

“I would have a pig on the spit and some coleslaw and bread rolls, plus a keg and a few cases of moet in my backyard before I asked guests to pay.”

“I think it’s disgraceful to ask your guests for money to attend your wedding. Is this what our society has become? We are so selfish and greedy that we demand money from people to attend our wedding.”

There were words like,”Tight arse“, “Cheap” and “Rude” all being thrown around like it was the running of the bulls; red, blood-shot eyes and all!

But there were a few who defended this bride’s somewhat greedy invitation request”” and they made some valid points.

“I don’t see what the problem is…lots of people have wishing wells at weddings, all the bride is doing is actually asking for the price of the meal, that’s all that’s different!” one woman wrote.

And guess what? I would have to agree.

It is common place these days to ask for money on a wedding invitation through the polite and poetic term of a “wishing well“, which in secret wedding terms means, “Give me money to pay for this darn expensive shinn-dig!”

Some people ask for contributions to their “wishing well” to pay for furnishing their new home, their honeymoon or preparing for their future. They explain on the invitation that they don’t need gifts; they have everything they need, so contributions of money would be a huge help.

Is this not the same as asking for money to pay for a meal? Only more polite?

Yes, it does sound a bit rude. However, I have received an invitation asking for guests to pay for their meals before… only it was worded so well, you did not feel offended at all.

It simply said, “In place of gifts and so that we can have the wedding of our dreams, we are asking you please place $50 in the return envelope along with your RSVP to pay for your meal. Thank you.”

I thought, well that’s clever. Cuts down the initial money outlay of the wedding, plus it means I don’t have to drag a gift around with me to the ceremony! Brilliant!

I also found out later that reception cost $80 a head.

This topic is really a matter of opinion but mine is: if your friends are understanding and generous people, they won’t mind paying. If they are cheap themselves, they will!

Weddings are expensive, perhaps not for those who were married 10 years ago, but these days, they can cost up to $30,000 and that’s doing it on a budget. Pig on the spit is nice (not!) but everyone loves a good wedding, with flowers and pretty table arrangements and a gorgeous bride in a white dress.

Be nice to people when they get married; it’s their day, let them do it their way. Heck, let’s just be nicer in general.

Would you ask guests to pay, or would you get huffy if you were asked to pay? 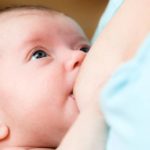 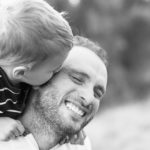 When Daddy Is Always Gone:…

This Website Predicts Which Celebrities Will Die in 2019
Asked 17 minutes ago
Can anyone suggest any online resources or classes suitable for a kindergarten aged child? We are in Vic and my son has
Answered 36 minutes ago
Bigger ejaculation & orgasm?
Answered 38 minutes ago
Is it so wrong to let my kids walk to school?!
Answered 9 hours ago 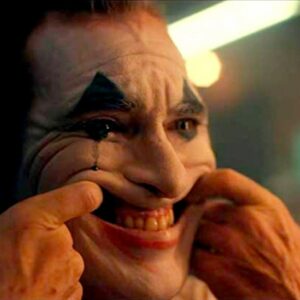 The 10 Most Evil Clowns In Horror

They are all creepy, twisted and evil clowns out to get