Allergies can come from the most basic of foods — and to this mum, never did she imagine she would lose her one-and-a-half-year-old daughter to a common food.

A grieving mother shared on Reddit the tragic story of her daughter’s death due to an allergy to a common food that many people eat all the time.

While it happened 12 years ago, to this mum, what happened to her daughter will never be forgotten.

The mother described her family as the perfect family one could ever dream of having. “My family was beautiful. Every time I took a picture of us, we looked like the families in the stock photos you can google for,” she said, but was quick to admit this was a thing of the past.

“I can no longer look at the pictures of us because it makes me too angry to,” she added. She and her husband married in 2002 and were blessed with a son ten months later.

In May 2004, they were given another addition to their family — their perfectly healthy twin girls.

“When my twin girls were born, we had no issues in the hospital. They were born right on their due date, latched perfectly, and passed all their postnatal tests with stellar stats,” she said.

However, one of the twin girls developed a rash. The mother thought her daughter just had sensitive skin like her. So she said they stopped using fabric softeners and at one point, even made her daughter’s clothes herself for fear that something in the clothes’ manufacturing process triggered her daughter’s rashes.

She took her daughter to the doctor a couple of times. Doctors knew that her daughter had allergies, but the results turned out negative for certain allergens and the family could no longer figure out what it was.

For three months, the couple searched for solutions to stop the allergies that worsened by the day. “At one point, she was the only baby in the history of the hospital who had to be kept in a clean room because she seemed to have a reaction the minute she left,” the mum said.

The couple tried an elimination therapy that they moved their son and one of their twin daughters, to the husband’s parents and eliminated everything in their routine. “We stopped using our soap, our shampoo, our deodorants, our laundry detergents, and that was before we even got to our diet,” the mum said.

After thorough elimination, the couple finally found the culprit — coconut.

“The doctors told us that it was a particularly rare allergen and so it wasn’t on any of the skin test panels they ran. When we found out what she was allergic to, we were relieved, so so relived,” she said.

Difference In The Mother And Her Mother’s Beliefs The mother then recounted how her family were using coconut “almost religiously.” “It’s in our cooking, we break a coconut open at religious events, it’s used in almost all sweets, it’s in everything,” she said.

She said that putting coconut oil in her hair was also one of her mother’s fondest things — but her most dreaded. “When I was a kid, pretty much up until I was in the 8th class, my mother would put coconut oil in my hair all the time. It looked greasy as hell, I hated it, and once I was old enough to start doing my own hair, I never put that stuff in my hair again,” she said.

The mother described that she and her mother had a “contentious relationship at best”. “We got along well enough, but we disagreed vehemently on certain topics,” she said, allergies included.

She said that her mother would always insist to put some oil on her daughters’ curls — something she strongly disagreed.

“Sure, we could have used a different type of oil, but my girls were still so young and the allergy process had made me terrified of incorporating new things into their routine. I made sure I explained why to my mom too. She remembered what we’d gone through with [my daughter] and her allergy.

“She taught me how to cook from scratch when I was eliminating certain foods from the kids’ diet. She knew everything about [my daughter’s] struggle. To this day, I cannot understand how she did what happened next.”

The mother said that she was giving a midterm to her students, while her husband was away for some conference, and their nanny was down with the flu. So, she had her mum take the kids — her then three-year-old son and one-and-a-half year old twin girls — for the day.

Things went perfect so far. “They spoke to me on the phone after their lunch and then, around 5PM, we videochatted. The kids were all so happy and healthy. I got home around 10:30PM that night and called my mom to see if the kids were up by any chance and I could say good night. I missed the kids by about 20 minutes, they’d already gone to bed. So I talked to my mom for a little bit, but she’s a pretty early sleeper too so we hung up and went to bed,” the mum said.

The next morning, at around 5am, the mum went to pick up her husband from the airport then pick up the kids after breakfast, but they decided to go get the kids first for some nice breakfast with her parents. “We got to my parents’ house at 7:45AM. My parents weren’t there. My son was at the neighbor’s house, and ran outside with the neighbor as soon as he saw his daddy and I pull up. He was hysterical and crying and I couldn’t calm him down. My blood pressure was rising because now I’m thinking that something horrible had happened to my parents. My neighbor tells me that she isn’t sure what’s happening, but there was an ambulance at my parents’ house at 6AM and my dad had run over and woken them up to see if they could watch my son for a few hours until he got back.”

“I’m calling my parents nonstop at this point and I’m getting frantic because I don’t know what’s happened. My son was still crying but he was calmer. He still couldn’t really explain to me what had happened though,” the mum said. At the hospital, the couple rushed inside and asked the nurses about their twin daughters and the mum’s parents. “I’ll never forget the look on that nurse’s face. She knew exactly who I was in that moment and she was about to cry. Another nurse took me and my [husband] to an empty room and asked us to calm down and listen to the doctor before we went to find my family,” the mum said.

What the couple heard next broke their hearts to pieces as they learned the whole story that day they left their kids to the mother’s mum.

The mother said that her son told them their daughter who had allergies to coconut started to get dizzy and itchy, and his grandmum gave her Benadryl.

“My mother simply gave her some benadryl and kept the coconut oil in her hair and put her to fucking sleep. The benadryl made her sleepy and unable to wake up or be conscious enough to wake up her brother or cry. She vomited in her sleep and the rash spread all over. Her little body was swollen to twice the size. She had asphyxiated in her sleep. She died painfully and slowly in the early hours of the morning,” the mum said.

She said that her mum found her daughter already dead when she went to check on the kids in the morning around 7AM. “My dad hadn’t known about the coconut oil until my mom explained and to this day, I’ve never seen my father so angry. He was still unable to look at my mother, out of fury, or me, out of shame, when I saw him at the hospital. They had rushed to the hospital hoping there was some way to save my [daughter] and to get my [other daughter] checked out immediately since he thought she might have a mild allergy as well,” she said.

She said that her mother was investigated, and her entire family. Her mother was never arrested and she now lives alone after her father left her. “She currently lives on her own in a small town and every couple months I’ll get a call from her telling me how sorry she is and how she just wasn’t thinking and can I please find a way to forgive her. She wants to come see me. The only thing I can find to ever say to her is “You can come see me when you bring my daughter with you,” she said.

Now, 13 years had passed and her son and daughter have turned into “amazing adults,” but she said that the effect of losing her other daughter took a toll on her children.

“[Her son] is extremely protective of [his sister] and doesn’t allow anyone to breathe rudely in his presence. [Her daughter used to be so bubbly and such a talkative little child, but she’s quiet now. When she does speak, it takes some effort to hear her because she’s so quiet. She told me a few years ago that she knows she was only a baby when it happened, but she feels incomplete all the time, like a part of her is missing. I didn’t know what to say to her,” she said.

The mother said that they took over a decade of therapy to move on after what happened, but nothing could ever make them forget that tragic day.

The mother’s post has gained more than 8,200 likes and hundreds of comments including one that should be kept in mind.

Comment from discussion You can come over again when you bring me my daughter.. 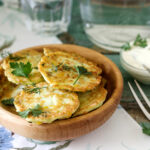