So says the Finnish education system. From 2016 handwriting will no longer be taught in Finnish schools. And when a high-performing country like Finland makes an educational move, the rest of us who are slipping down the international ladder of academic performance should at least consider whether there would be any benefit in following in their footsteps.

Should we ditch handwriting lessons too?

Most would agree that everyone should at least be able to pick up a pen or pencil and craft a message that others can read. But beyond legibility, does it matter how you form your letters when you hand write?

Writing automaticity is just as easily achieved on a keyboard. It is actually more time efficient to teach a child to type than it is to teach them a particular handwriting style. By the time they are eight years old, they can already type faster than they can handwrite.

In 2016, the national standardised literacy and numeracy tests, NAPLAN, will be completed online. We can assume this means students will type their compositions rather than handwrite them. And perhaps the nation’s writing scores will improve as a result. Typed written assessments typically score more highly than handwritten compositions. Assessors rate them as better organised, and, quite simply, easier to read.

Should we bother teaching handwriting?

As prevalent as keyboards are, handwriting isn’t obsolete quite yet, so it remains important to teach letter formation to young children.

The letters of the alphabet are complex abstract symbols and children can’t begin to write their letters until they can draw a circle. If they can’t draw a circle then they can’t form letters like a, b, d, o, p, q.

This ability to draw an enclosed shape is a very important marker of both cognitive and physical development, and it is a skill that emerges from their scribbles. So drawing, scribbling and playing with crayons and pencils are an important part of learning to hand write.

The history of handwriting has always been one of convenience and change according to the writing technologies available.

In our first alphabets, Phoenician, Greek and Roman, the letters were angular due to the writing technologies of the day – chisels, granite, marble and clay. The first writing was from right to left across the page a more natural direction for the chiseller.

But when ink and paper came along, moving from right to left was too messy for right handed writers and the direction of our writing changed from left to right. (To the chagrin of all left handers, until the invention of the fast drying ballpoint pen!)

It wasn’t just directionality that changed as we made the shift from stone to paper. Pen and ink made it easier to produce curves rather than angles, and the shape of our letters changed accordingly.

The technology of the fountain pen meant directionality of strokes became important. Down strokes were important because the shape of the nib and flow of the ink didn’t easily allow for upstrokes.

The invention of the ballpoint pen meant we no longer relied on ink refills, and nib shapes. Felt tip pens meant that even gravity no longer played a role in the way we write. Yet children still complete pages of handwriting exercises based on the technology of the fountain pen and ink.

Handwriting lessons seem to be one of those things we do because “¦ well, we’ve just always done them. Traditions die hard, particularly when no-one questions them.

Handwriting is often wrongly conflated with writing ability. You only need to glance at the handwritten manuscripts of our greatest writers to know there isn’t a link between handwriting skills and literacy skills.

I remember my son’s Year 2 teacher was very worried about his handwriting. Apparently he started his letters at the bottom, using upstrokes instead of downstrokes. His teacher was concerned it may hamper his literacy development in some way, and that I should “train” him out of it.

There may have been a few reasons why he wrote his letters this way. The first language he learned to write was Greek, which has a different alphabet. He is also a left-hander and they often do things a little differently as they try to reconcile their way of seeing the world with that of their right handed teachers. Or maybe it was just his style; natural and automatic to him.

It was not, however, an indication of a literacy difficulty.

Perhaps there are more important things to do

With so many things to do in a school day, it is hard to see why dedicated handwriting lessons persist.

No matter how standardised we attempt to make handwriting, we all end up with our own style. So perhaps there are better things to do in the school day than have children complete pages of handwriting exercises. Perhaps we’d do just as well to let children play with drawing and writing implements and find their own style. 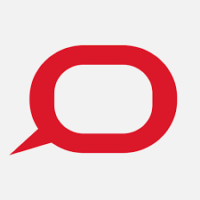 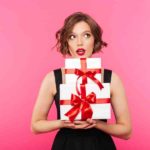 Where to Buy Cheap Mailers…