A mother who was left shaken after losing her three-year-old son in a shopping centre has created a digital tag that kids could wear to help parents locate them if they go missing.

Two years ago, Christy Curtis, 43, from Shrewsbury, was in a busy mall in Birmingham with her toddler son, Merry, when the boy wandered off on his own. Christy searched the entire mall for her son and just realised that even if Merry was found by a good samaritan, they may not know how to contact her.

With no clue where to locate the police station or information area, Christy’s panic grew. Thankfully, within 10 minutes, Merry was returned to her after he was found by a passerby, having seen something in another store and wandered off to have a look. Due to her terrifying ordeal, Christy decided to invent a device that would keep Merry safe –through a barcode attached to his wrist called a Kidstrapp, a scannable plastic wrist strap for children to wear while doing their activities.

The strap contains information needed for when a child goes missing,

When a kid wearing the strap goes missing, he or she will just show the strap, which also contains instructions, to an adult.

The app will then be downloaded, then the adult can scan the barcode, which will immediately notify the parent of the missing child.

A meeting point will then be decided for the child to be returned to his or her parent. Christy explained to Femail the importance of the strap. “You hear parents telling their children to stay where they are if they get lost or give them a meeting place, but kids get scared when all they can see is a sea of legs and they panic,” she said. “They also may have forgotten the place you told them to meet you if they did get lost, or could be too young to understand.

Although some parents have fear about traceable straps, Christy said that the tag is only an additional layer of safety for the child. “If you have a dog you make sure they are microchipped and a wear collar with identification so if they go missing someone can return them to you – so why wouldn’t you apply the same principle with your young child?” she told MailOnline.

Christy’s digital wristbands can be bought at £3 ($5) for a pack of three, with each strap withstanding around two weeks’ worth of wear. 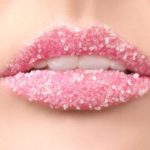