A new study has found that epidurals don’t slow down labour.

It has long been assumed that epidurals slow down labour, but a study, published in the journal Obstetrics & Gynecology, found that it doesn’t.

The study looked into the impact of receiving pain relief, compared to a placebo, on the duration of active labour in pregnant mothers. It also revealed that having an epidural had no impact on the rate of “normal vaginal delivery”, whether an episiotomy was required, or the position of the baby at birth.

Senior author Philip E Hess of Harvard Medical School explained that ‘exchanging the epidural anesthetic with a saline placebo made no difference in the duration of the second stage of labor.’ “Not even the pain scores were statistically different between groups,” he said.

However, he added that pain scores for women who received a placebo, instead of the epidural, increased over time. Researchers also estimate that reducing or discontinuing epidural pain management during the second stage of labour occurs in around two-thirds of births.

Researchers found that women who had an epidural experienced a second stage of labour of around 52 minutes, compared to around 51 minutes in those who received the placebo.

However, there was still a difference.

“Twice as many women given the placebo reported lower satisfaction with their pain relief compared to those provided the anesthetic,” said Hess. “Ethically, if epidural medications result in a negative effect on the second stage of labor, one could argue that a mild increase in maternal pain could be balanced by a successful vaginal delivery.”

Although, Hess notes that epidural analgesia in the second stage of labour remains controversial and “merits follow up studies.” 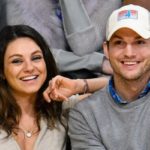