No matter where you go around the world, there is likelihood that you will hear various scary stories and legends, most of which involve ghosts and supernatural beings.

Cases of haunted places date back to several centuries as people have always believed that the spirits of the departed ones stick around especially in places where they lived. Haunted places are often characterised by horrific and traumatised deaths caused by either murder, effects of torture in prisons, as well as mental institutions.

Below is a list of the 10 most haunted places on earth, and their stories are every bit as scary as you can imagine.

To many people, abandoned asylums are the spookiest places ever. This one in particular is located in Victoria and was originally known as Mayday Hills Lunatic Asylum. The asylum served as a mental institution from 1867 until 1995. It was reported that a total of 9000 patients died during its 130-year service. It is believed that the ghosts of the dead patients still roam inside, and this legend has consistently resisted the passage of time,with each new narration conjuring a far more horrific experience than the last.

Bhangar Fort is located in Alwar, Rajasthan and was built in 1573. Today, it’s just an old ruin of palaces, temples, as well as small living structures.

According to legend, a town wizard fell in love with the princess of Bhangar and tried to woo her with a bowl full of black magic. The princess discovered his evil plans and threw the magic bowl against a huge border which then rolled towards him. Before his death after the incident, the wizard cursed the palace residents, saying that their deaths would be unnatural and that their spirits would haunt the fort forever. Visitors are forbidden from roaming the fort during the night hours.

The Princess Theatre is believed to be haunted by the ghost of Frederici. The legend says that Frederick Baker, “Frederici”, was an Italian singer who met his death while singing on stage in the year 1888. He succumbed to a heart attack after a trapdoor fell on his feet. It is believed that his spirit still lives inside the theatre and since his death, an empty seat has always been saved for Frederici every opening night performance.

According to history, the owner of the mansion, Mrs Crawley, locked herself inside for 23 years after her husband’s death and only came out once. After her death, cries and shrills of a woman were often heard. Other people claim that the spirits suffocate those who visit the mansion. It is also reported that people turn blue if they step inside.

After his 19-year-old daughter died, Bogdan Hasdeu built the castle and then dedicated it and himself to Iulia. To reconnect with her spirit, Hasdeu became a spiritual practitioner and designed a black-walled room inside the castle for the sole purpose of his spiritual exercises. According to many people, Iulia still haunts the castle and walks around the courtyard wearing a white dress, holding daisies. It has also been said that she plays the piano every night.

Aokigahara is Japan’s infamous suicide forest. Over the years, many people have committed suicide in the dense forest. No one actually knows why people still consider it a suicide hotspot but it is believed that souls of the dead still roam around. Another legend concludes that the suicide forest is haunted by the spirits of those who died of starvation during famine.

It was a lodge built in 1725 which afterwards became a meeting place for a certain group of Dublin elites who were devil worshippers. Many tales of murder, animal sacrifice, cloven-hooved men, and black masses surround the lodge. Today, it’s a popular destination for ghost tours.

Located in Norforlk, England, Raynham Hall is a country house that has been the seat of the Townshend family. It became one of the most famous haunted houses in Great Britain after Country Life photographers captured the image of a ghost which was nicknamed as “The Brown Lady of Raynham Hall”.

According to the legend, Lady Dorothy Walpole who was the second wife of Charles Townshend, was the ghost. Her husband was infamous for his notorious temper and when he discovered that his wife Dorothy had committed adultery, he locked her in one of the rooms in the house. She remained locked in Raynham Hall until her death in 1726.

The Screaming Tunnel, which is located beneath the railway track that connects Niagara Falls to New York and Toronto, is believed to be haunted. About one century ago, there was a farm house located close to the south entrance of the tunnel. The farm house caught fire one night and a young girl covered in flames was heard screaming for help. As she ran through the tunnel in attempt to get help, she burned completely and died. Today, it is reported that the spirit come out screaming at anyone who tries to light a match in the tunnel and haunts them till death.

The film center is not only haunted, but the story is one of the most horrifying haunted Filipino tales. The Manila Film Centre is said to be haunted by the ghost of workers who were killed during the construction accident. In 1981, 169 workers were buried under quick-drying cement after the building’s scaffolding collapsed. The rescue teams were barred from entering the site until an official statement had been prepared.

It’s always interesting how people insist on visiting these creepy, haunted places. Despite the fact that listening to the stories often makes the hairs on the backs of their heads rise, it’s evident that their curiosity gets the better of them. All in all, haunted places are some of the most exciting tourist destinations all around the world. The mystery, terror, and spookiness make the experience unforgettable.

What is the most haunted place you want to visit? 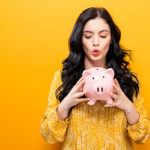 First Home Buyers: What to… 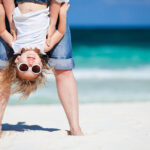 This Pumpkin and Chocolate Chip Loaf is moist, tasty and delicious. 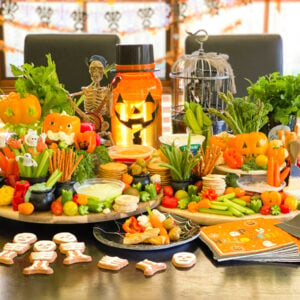 This post is brought to you in partnership with Woolworths The 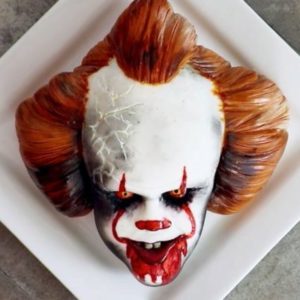 How To Make A SPOOKY Clown Cake So Halloween is just around the corner, and there are loads