Australia Day is here and it’s the one day of the year to celebrate all things Aussie.

Turn on the news tonight and there will channel after channel of news footage of people partaking in the ‘traditional’ Australian pastimes to mark the occasion, with at least 4 out of every 5 reporter hassling people with the ever-present, annual interrogation begging the question “What Does It Mean To Be Australian?”.

If you simply answer, “A person born here”, then fair call; you’re factually correct for all intents and purposes. But what about our values, ethos and beliefs?

What about our stereotypical persona and multicultural heritage? What does being an Australian mean to YOU?

Throw another shrimp on the barbie?

Personally, I believe the way you identify and celebrate Australia Day is shaped by your upbringing and encouraged by consumerism. I was brought up with the traditional BBQ on the 26th of Jan, along with cold cans of Emu Export for Dad, lamb chops on the barbie and a pav for dessert.

We were 700km from the beach so backyard cricket was on the cards and everyone enjoyed the excuse for a public holiday, but there was no real talk of what Australia Day was all about and these days, with my own kids, it’s pretty much the same.

We look forward to a day off or (even better) a long weekend and buy our supermarkets out of their lamb stocks.

Shops and supermarkets are choc-a-block with inflatable thongs, miniature flags, gigantic hats, face paint, t-shirts, board shorts, bikinis and just about anything that can display a version of our nation’s great flag.

Australia Day, for most, involves reinforcing the rest of the world’s opinion of Aussie’s being lovable larrikins as we head for the beach, the pub or a mate’s place for some drinks and the inevitable BBQ (with or without the ‘shrimp’ – your choice!)

It has been reported that most Australians show more respect for Anzac Day than Australia Day. As a nation born out of peace, not war, Anzac Day is increasingly recognised as the Australian version of America’s Independence Day; a time to reflect the identity of Australia as tough diggers, resilient soldiers and everyday heroes.

So is it that we have two identities as Australians? One as the down-and-dirty, tough fighting nation and one as the fun-loving bunch of yahoos who currently hold the world record for people admitted to hospital in a year for teeth broken off in an attempt to open a stubby? 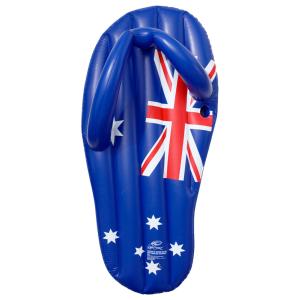 Are you Aussie enough?

Of an extended list, SAHM has selected a few indications for you to decide whether you are “Aussie” enough!

So What About The Date?

There’s been more than a lot of talk about changing the date of Australia Day, which we do understand.

After all, we want Australians to be respectful of the Anzac tradition, something that is a century old, but we tell Aboriginal people to forget mistreatment of their people that happened as late as the 70s (with forced children removals) and even continues today.

In our eyes, Australia Day should be a date that all Australians, including the Indigenous Australians and First People, feel included in, and if that means changing the date then so be it.

Personally, we’re up for moving it to May 8th, aka maaate!

So what does being Australian mean to you?

How do you celebrate Australia Day? Check out those jingle bells for when balls are simply not enough!

15 Alternatives to the Easter Egg Hunt

Easter egg hunt with a twist!