Kid wont eat
Answered 9 hours ago
How to deal with the silent treatmenr?
Answered 10 hours ago
Is my husband leaving us?
Answered 13 hours ago
Husband had sex with me while i was asleep leading to baby
Answered 21 hours ago

Genene Jones had a somewhat traumatic childhood, born July 13th 1950 and adopted immediately by a family with other adopted children.

She wasn’t particularly close to her siblings except her younger brother, who sadly died at 14 when a homemade pipe bomb he was playing with blew up in his face.

After dabbling in beauty therapy for a few months, Jones eventually became a nurse and started working in paediatric wards of Bexar County Medical, Texas. She quickly discovered a taste for her perceived heroism, rushing in to save an infant in cardiac arrest or other serious distress. Jones loved the late shift when the hospital was quiet, as she would secretly inject infants in her care with drugs such as digoxin, heparin and succinylcholine to induce internal haemorrhaging or cardiac arrest and then would be first on the scene when the infant needed help.

Sadly many of these babies could not be revived or the bleeding could not be stopped and they died. It began to be noticed that more children suffered major, unexplained problems or even died with Genene Jones around than at any other time.

One poor child had seizures 3 nights in a row, but only while Jones was around. Jose Antonio Flores, 6 months old, while under the care of Jones, died of cardiac arrest and severe bleeding after being admitted to the clinic with only vomiting and diarrhoea. He was found to have very high doses or heparin, an anticoagulant, in his system.

Joshua Sawyer, 11 months old, was admitted into Jones’ care with smoke inhalation after a house fire, only to have 2 heart attacks and die unexpectedly. On autopsy, he was found to have a massive overdose of Dilantin, an anti seizure drug, in his system. Many colleagues and superiors suspected Jones at many different stages of her 5 year nursing career, but there was never enough proof to do anything or the hospital chose to ignore or terminate her employment instead of launching an embarrassing investigation. After years of suspicion, higher death rates and rumours at Bexar County Medical, Jones was asked to resign in 1982 and in 1984 (during court proceedings) the medical centre shredded thousands of documents, effectively destroying all evidence of Genene Jones’ baby murders. Jones is suspected of killing up to 47 infants and hurting many more, but has only been officially charged for 2 crimes, due to lack of evidence.

The first was from 1982 at a new clinic in Kerriville Texas, the day after the clinic opened Petti Mclellan brought her daughter Chelsea in for a checkup. The 8-month-old was taken to another room by Jones while a doctor talked with her mother, only to stop breathing in Jones’ presence and have to be resuscitated. Everyone hailed Jones as a hero for saving the baby girl, but 9 months later, when Chelsea was back for 2 routine vaccination injections, everything went horribly wrong.

Jones administered the first injection and almost instantly Chelsea started to have trouble breathing and appeared to be having a seizure, Petti begged Jones to stop and help her daughter, but she ignored the mother and administered the second injection. Chelsea stopped breathing altogether and had to be rushed to hospital via ambulance, with Jones in the back. More injections were given and eventually the little girl died. Chelsea’s doctor found it all incredibly strange and ordered an autopsy, which found the death to be poisoning with succinylcholine, a powerful muscle relaxant.

The second was little Rolando Santos, only a month old and admitted to Bexar County Medical in 1981, with pneumonia. He began having seizures, cardiac arrest and extensive unexplained bleeding while in Jones’ care. She had 3 days off while he was in hospital and he improved substantially in that time, but as soon as Jones was back at work he started to haemorrhage and had a heart attack, eventually ending up in a coma. Tests showed very high levels of Heparin and the baby boy was ordered into 24hr surveillance and away from the NICU. Here, away from Jones he improved immensely and was sent home in the care of his parents. He was lucky enough to have survived his encounter with Texas’ own Angel of Death.

Jones was finally arrested in November 1982, charged with and later found guilty of the murder of Chelsea Mclellan and the intentional harm of Rolando Santos and received a combined sentence of 159 years in prison. She was, ridiculously, eligible for parole in 2009, but not released, lawyers are fighting to keep her in jail for the rest of her life. 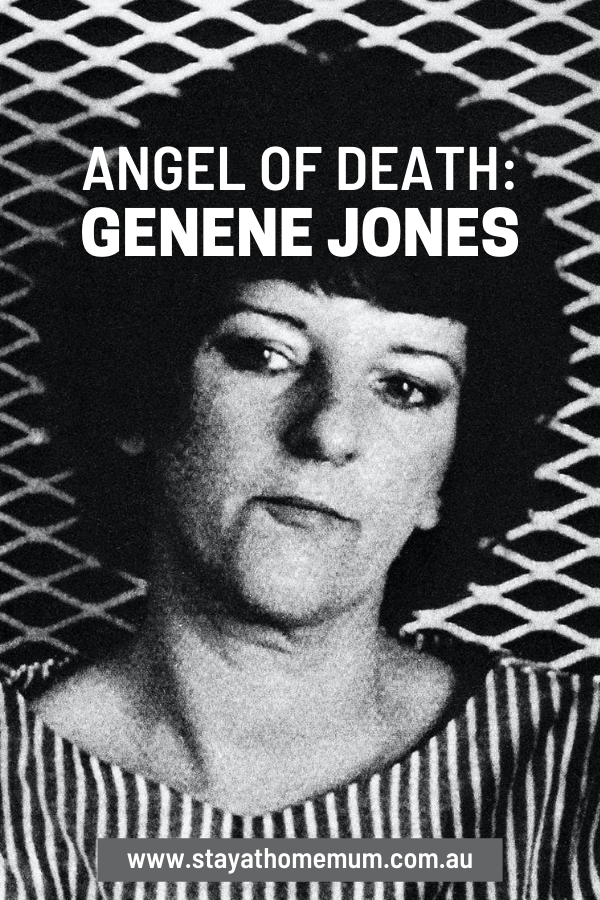 Where did these children vanish to?