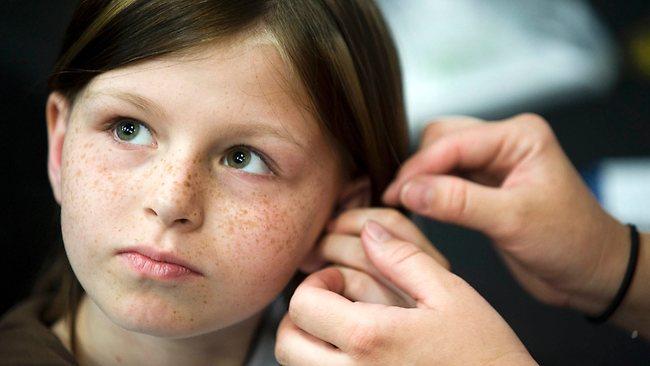 Most people remember hearing about the death of Zahra Baker, a disabled 10-year-old who was gruesomely murdered and dismembered in 2010.

The case was, at first, a mystery resulting in worldwide media coverage.

There’s a lot of confusion surrounding the death of young Zahra. Even now, with people imprisoned for her murder, police aren’t exactly sure how she died or even when. But it seems clear to all that her death was tragic, violent, and likely perpetrated by someone she trusted. Someone that should have treasured her as a member of the family.

Zahra Baker was born on the 16th of November 1999 in Wagga Wagga, Australia. Her biological mother, Emily Dietrich, gave up custody of Zahra not long after her birth, for reasons relating to postpartum depression. Adam Baker, Zahra’s father, took the baby and moved in with his parents in Giru, Queensland.

In 2005, Zahra was diagnosed with bone cancer, and later lung cancer. As a result of this, she had the lower part of one of her legs amputated and required hearing aids. By all accounts, she was a delightful child, with a sunny disposition despite her difficult lot in life.

Zahra Baker as a newborn with her birth mother, Emily Dietrich

In 2007, Adam Baker decided to take Zahra and move to North Carolina in pursuit of a woman he had met online. Her name was Elisa Fairchild.

Despite already being married, Elisa went on to marry Adam not long after he and Zahra arrived in America.

A History of Abuse

By many measures, life wasn’t that good for Zahra Baker. Child Protective Services had been involved with the Baker family several times prior to Zahra’s death, and also had ongoing investigations relating to Elisa Baker as far back as 1999 for her behaviour around her other children.

Zahra did attend a public school at some point but was taken out to be home schooled, according to her family. Now, investigators believe this was to stop rumours of abuse in their tracks.

Early in the morning on October 9th 2010, Elisa Baker made a 911 call. She was reporting a fire at the back of their family residence in Hickory. When police attended the scene, they found a ransom note and Adam’s company truck smelling strongly of gasoline.

Later that same day, Adam Baker called 911 and reported his daughter missing. He explained that the ransom note that the police had found was addressed to his boss and landlord, Mark Coffey. Adam told police he believed that someone had deliberately lit the fire as a distraction in order to take Zahra, and he believed that they had mistaken her for Mr. Coffey’s daughter.

According to Adam Baker, he had last seen his daughter at 2:30am that morning when he left for work. Zahra’s father also explained why it had taken him more than 12 hours to report his daughter’s disappearance, saying that his daughter rarely came out of her room because she was brooding due to puberty.

The Search for Zahra Baker Begins

Police interviewed both Adam and Elisa Baker in relation to Zahra’s disappearance and searched their residence with cadaver dogs the next day. The dogs give “positive alerts” indicating human remains on both of the Baker’s cars, and police take swabs of potential bloodstains.

That same day Elisa Baker is arrested for a number of crimes, not related to Zahra’s death. However, she is also charged with obstruction after admitting to writing the ransom note, which wasted police time. Police also confirm that they haven’t been able to confirm where Zahra has been in the last month.

By October 12, police were certain that 10-year-old Zahra Baker was dead. The Hickory Police Chief made a statement saying that the Amber Alert that had been in place was now cancelled and that the investigation was a homicide. Over the next few days, police search in vain for any clues to where Zahra might be, draining ponds, searching in land-fill, and canvassing large wooded areas with cadaver dogs.

On October 25th, Adam Baker is also arrested, again on charges that are not related to his daughter’s disappearance.

It wasn’t until November 30th that the full reality of what happened to Zahra was made public. A number of search warrants were unsealed by Catawba County Superior Court. They showed that Zahra had been dismembered in the bathtub at her home. Her body parts, along with vital evidence, were then scattered at a number of sites across three counties. More warrants were unsealed on January 5, 2011. They revealed that Zahra died on the 24th of September and that she was dismembered the next day.

A Charge Is Laid

Due to the nature of which Zahra’s body had been disposed of, police weren’t able to determine exactly how she had died. Her death was ruled as an “undetermined violent homicide.” According to some reports, Elisa Baker had told police that both she and Adam Baker had dismembered and disposed of Zahra’s body, but cell phone records dispute this. Police believed that Elisa alone was behind both the death and dismemberment of the 10-year-old.

On February 22nd 2011, Elisa Baker was indicted by a grand jury for second-degree murder with aggravating circumstances. She was able to dodge a first-degree charge because it was revealed she led law enforcement to Zahra’s remains.

Adam Baker denied any involvement in the death of his daughter, and police were unable to find evidence that he was connected to the event. He was however charged with identity theft.

Along with the murder charge, Elisa Baker was charged with more than 20 drug charges, of which she pleaded guilty to seven. She is currently imprisoned in North Carolina’s Correctional Institute For Women where she is serving an 18-year sentence.

To those on the outside, the story of Zahra’s death is a tragic tale. But it’s very different when you hear Elisa tell it. According to her, Zahra died of natural causes relating to her cancer, despite her having been in remission for several years. In March of 2016, Elisa launched an appeal into her sentence, despite pleading guilty to second-degree murder. Her sentence remains unchanged. 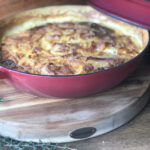 Is your partner a dribbler or a shooter?
Answered 7 hours ago
5 Types of Worms Children Can Get And How to Treat Them
Asked 21 hours ago
65 TV Series You Must Watch Before You Die
Asked 1 day ago
Is this a very low wage?
Answered 1 day ago