That you can somehow understand how she got to that point, not to condone what she did of course.

Betty Broderick. Poor Betty Broderick. This former American suburban housewife was found guilty of the murder of not just her ex-husband, but also his second wife, both of whom she shot in cold blood on November 5, 1989.

But wait until you hear WHY she shot them…

Things started pretty well for Elisabeth Anne “Betty” Bisceglia. She was born November 7, 1947 to a hard-working Irish-American-Italian family looking to achieve the middle-class dream. Her parents were devout Roman Catholics, and she was the third of six children. Betty’s parents imparted upon her that her role in life was to be a good wife, and a better mother.

Betty met her future husband (and victim), Dan Broderick, in 1965 at a party after a university football game. Dan and Betty hit it off straight away and started dating. Not long after, they were engaged. Betty and Dan were married on April 12, 1969 in a lavish ceremony organised by Betty’s mother, and honeymooned in the Caribbean on a cruise.

When Betty returned from her honeymoon she was already pregnant with her first child, a daughter she named Kim. Betty worked full time to support her husband as he was studying to become a doctor. Betty worked right up until she gave birth, and then held down a few jobs afterwards as she balanced home life and motherhood. In her eyes, her life as a homemaker was her true ambition. She worked hard to provide. They went on to have four more children after Kim — a daughter named Lee, two sons named Daniel and Rhett, and an unnamed boy who died not long after birth.

After her husband Dan completed his medical degree, he decided he no longer wanted to pursue that as a career. He told Betty he wanted to go to Harvard Law School, and become an attorney. So again, Betty worked full time in-between looking after her five children and again supported her husband whilst he studied.

During this time, the couple lived close to the poverty line. It was Betty who held the family up financially, even selling Tupperware door-to-door in winter to get them through.

Finally, Dan hit the big money as he went into his practice. Betty was elated, she could finally be the full-time mother she had always dreamed about.

Dan then hired a young attractive assistant, Linda Kolkena with whom he started having an affair with.

Betty suspected that Dan was having an affair, but Dan continued to deny it. As this continued, Betty’s behaviour started to go off the rails. On Dan’s 38th birthday, she waited all day at his law office only to be told he was out with Linda. She went home and burned all of his expensive, custom-tailored suits.

Eventually, Dan did move out of their family home, bought a house of his own, and (to Betty’s surprise) was willing take custody of their children. Not long after, he admitted he had been having an affair, he took out a restraining order against Betty, and filed for divorce. Their divorce proceedings became known as one of the ugliest the United States had ever seen. Betty felt that she was unfairly treated because of Dan’s legal connections, and she became obsessed with her anger towards her ex-husband.

During the extended divorce proceedings, Betty’s behaviour really took a dive. She would often leave abusive and obscene messages on his answering machine aimed at Dan, Linda, and even their children. She also once broke in and vandalised Dan’s new home, breaking his windows, spray painting his walls and rubbing food into his clothing. On one occasion, when Dan sold the family home without telling Betty, she drove her car straight through the front door of his new house.

Comparatively, Dan kept a much cooler attitude to the proceedings, and used his legal power to torture Betty at every turn. He was constantly having her brought to court for violating his restraining order, once having her imprisoned for days. Many felt that Dan was goading Betty, pushing her instability to a breaking point at which there would be no going back. He also drew out the divorce proceedings for almost four years. It turned out, there was a reason for that.

How Dan Continued to Screw Betty

In California, the state where Dan and Betty were getting divorced, there was a legal concept that many people weren’t aware of that Dan used to his full advantage. It was called ‘Epstein credits’, and it outlined that under the state’s divorce law, the supporting spouse (i.e. Dan) could charge the dependent spouse (Betty) for half of all of the community debts that had been accumulated from the date of separation. Yes, that’s the date of separation, not the date of divorce. This meant that in the cases where divorce proceedings stretched on, a dependent spouse might actually accumulate so many Epstein credits that their share of community property would be effectively cancelled out. Basically, Dan had ensured Betty would get nothing of their shared wealth.

At the final divorce trial, after four years of legal incidents put in place by Dan to delay as much as possible, all of that planning came to fruition. Betty represented herself, and Judge William Howatt accepted all the numbers that Dan had put on the table. All things told, the court decided that Betty owed Dan a whopping $750,000, accrued between the time Dan moved out and the time the divorce was finalised in January of 1989. This meant that Dan, a successful multimillionaire who had been supported through his studies by his ex-wife, was only required to pay her $30,000 in cash. Dan was also arrayed full custody of their children.

On April 22, 1989, ten days after what should have been Dan and Betty’s anniversary, Dan married Linda.

Linda, Dan’s new and pretty wife, was a dead ringer for a ’20-year younger Betty’.  Not only did Linda get the house, the money and the husband, Dan got full custody of the children – so she had everything that Betty had worked for. She began torturing Betty by sending her obscene messages about her mothering methods. She would also send her wrinkle cream in the mail. She seemed to ‘get off’ on torturing Dan’s ex-wife – who had effectively lost everything.

Dan’s point of view was that he had ‘suffered’ at the hands of his ex-wife Betty for 14 years — of abuse until he finally left and married the one love of his life, Linda. Then Betty ‘stalked’ him for the next seven years. So was Betty the Woman Scorned? Or a Nutbag Stalker?

Betty purchased a Smith & Wesson revolver, which she explained she needed now that she was a single woman. She took a number of shooting lessons, and got into the habit of carrying the gun with her wherever she went. She also made several threats to Dan that she would shoot him. All parties were aware of the threats, with Dan and Linda’s lawyer even discussing them in a letter along with Dan’s threats that he would have her incarcerated.

She ‘borrowed’ a key to Dan’s house from one of her children. She broke into Dan and Linda’s house and shot the couple while they were sleeping at around 5:30 in the morning. She hit Linda twice in the chest, killing her instantly, and hit Dan once so he died slower. Allegedly, Dan’s last words were: “Okay, you shot me. I’m dead.”

Betty handed herself into police, claiming that she had indeed fired five shots from her gun, but had never intended to kill the couple. She claimed that she had shot her ex-husband and his new partner in the heat of the moment, when they started yelling for police. She told police she had planned on committing suicide in front of the couple.

For her trial, Betty hired skilled lawyer Jack Earley to defend her. Earley’s defence was Battered Women’s Syndrome, and he claimed that Betty had been quite simply driven to the edge by years of psychological, emotional and mental abuse from Dan. During the trial, Betty was portrayed as the perfect wife and mother, always sacrificing and working to ensure her family stayed afloat.

However, the other side painted a picture of Betty as a selfish narcissist who was absolutely cold-hearted and had been planning to kill her husband for years. They played the abusive messages Betty had left, and showed how she had vandalised Dan’s home. They even had Betty’s daughter, Kim testify that Betty was angry and without guilt for the murders. They wanted the jury to see that Betty was dangerous and out of control.

Betty’s first trial resulted in a hung jury, with two jurors unable to agree to the crime of manslaughter, claiming there wasn’t enough intent.

Judge Thomas Whelan declared a mistrial. Betty was retried the following year. According to her defence, their evidence was substantially limited by the judge, while the prosecutor was allowed more freedom of movement. Bias was never proven, and ultimately, the jury came through. Betty was given two consecutive 15 to life terms, as well as two years for the illegal use of a firearm, which was the maximum sentence under the state’s laws. She has been in jail ever since.

The California Institute for Women

In 2010, Betty had her first parole request denied due to a lack of remorse and no acknowledgement of wrongdoing. At her parole hearing, two of her children argued passionately for her to be released, while two spoke against her and said they believed she should still be imprisoned. She was eligible for parole again in 2013, and can be released in 2021.

Betty is jailed in the California Institute for Women.

What do you think? Was Betty the Woman Scorned? Or a Nutbag Stalker? 15 Christmas Gifts for your… 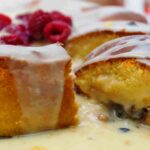 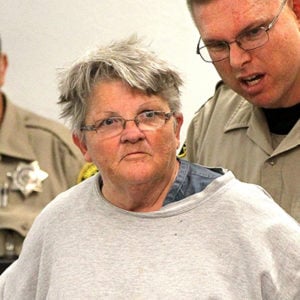 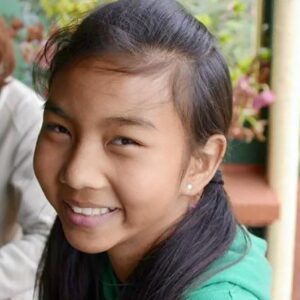 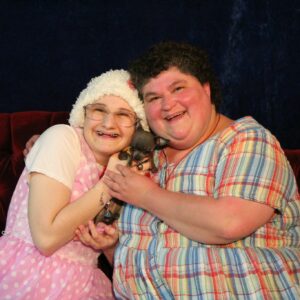