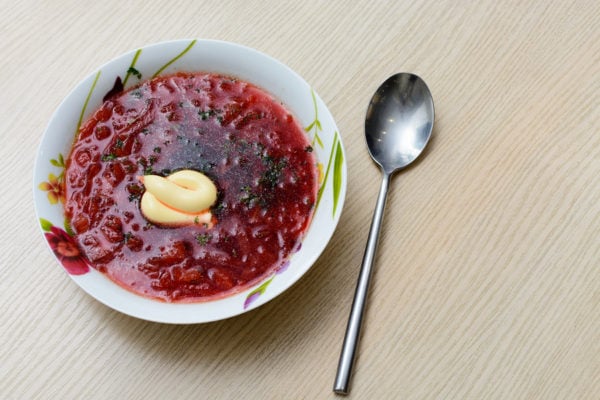 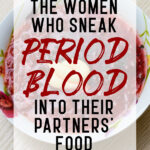 Most of us are glad to be rid of it when Aunt Flo comes to town, disposing of it along with tampons and pads or those cup things some of you are into shoving up your vajayjays to gather your blood.

It turns out that there are people out there who enjoy cooking with it.

But unlike the women who, say, cook up their own placentas and enjoy it with some fava beans and a nice chianti, the menstrual masterchefs are all about sneaking it into the food of unsuspecting menfolk for alleged magical purposes.

In some cultures such as the African-American hoodoo culture, and in Sicilian folk magic, it’s believed that serving menstrual blood to a man will capture his sexual attention. You don’t need any spells to go along with it – supposedly the woman’s scent is added to the man’s consciousness and he’ll either become obsessed with her, commit to her or never stray, depending on what the owner of the period blood is trying to achieve.

The way it works, if it works at all, can be explained in part by science – it all has to do with pheromones.

Men in these cultures are often warned not to accept brown or red drinks or foods with brown or red sauces from unmarried women because some menses-related witchcraft might be afoot.

Now if you’ve stopped dry-retching enough to raise a skeptical eyebrow and call BS on this tale of mine, our old friend Google would indicate otherwise. There are forums and webpages discussing this unusual ingredient.

If you’re not totally icked out and you’re looking to get started in this form of cuisine enhancement, this forum has a guide:

“No, do not grind up tissues, cloth, etc. It is the menses only you wish to get into the food.

Yes, many people use a tampon (kinda like a tea bag) and cook it with, for instance, a pot of beans, then pull it out.

To collect menses for immediate use or to dry or freeze for later use, you may use your fingers.”

Some women out there admit they’ve tried it but aren’t sure if sneaking bodily fluids into their lovers’ meals was a good idea or not.

Because if you do that shit, you should totally ask the internet. Like this lady:

“He asked me to cook rice for him. I was on my period, i removed my pad and suck it inside water and make sure the blood much in the water, i added my urine into the water and i made stew for him, he came back and ate the food without knowing. My question is, did I do the right thing? Or I over reacted? Should I tell him?because I am feeling very worried and confused.”

Then there are others that have no shame whatsoever and claim they do it all the time, and it’s worked wonders, and who cares what the haters say:

“Everyone is saying that am doing the wrong thing by cooking my husband food with my period. Maka why! Let me give u my reason. My auntie has been doing it and she is married for 12 yrs. She and her husband are in peace though they don’t have kids yet but her husband is not even talking of second wife. Since I got married I can beat my chest and say my husband has never misbehaved outside. He practically worships the feet I walk on. I make his food special. I know it’s wrong but I don’t think it’s poisonous. If that is the way my marriage will be intact I have no regrets. I am a very emotional being. I might die if my heart is ever broken. Who are u people to judge me.”

A man posting to the bodybuilding.com forums discovered that his girlfriend of two years had been feeding him period blood the whole time, and unsurprisingly, he was unimpressed:

“I have been dating this Italian girl for 2 years now. Today we were just casually talking after phucking and she asked me “do u ever wonder why we fell in love?”

I told her I guess it was meant to be. She says she made it so, and I asked her how. She goes on to say that once a month when she’s on her period she puts her menstrual blood in the spaghetti sauce she feeds me. I was phuckin grossed out, immediately started gagging.

She told me it was an old secret her Grandma gave her and that she thought I would find it sexy. I couldnt believe this chick. I immediately left after now I’m home.”

And then, on the other hand, this one lady claims that she is upfront about feeding her period blood to her other half because she doesn’t like the dishonesty (warning, you will never get the term “gobbets of menstruum” out of your head):

“I have done this often, with uniformly good results. I have directly fed gobbets of menstruum to my lover, from my fingers, as one might feed a pet. This was done to bind him, but to avoid the sneakiness of slipping it into his drinks — i want him to KNOW how much i want him to be mine, and to know that i am working the spell on him right out in the open.”

Gobbets of menstruum. GOBBETS OF MENSTRUUM.

Sounds like a death metal band. I read this last one to my husband and he literally ran from the room just hearing about it. So I don’t know how this lass willingly gets chaps to eat it from her fingers like a pet. But at least she’s not dipping her tampon in his drinks like a tea-bag behind his back, so more power to her and her gobbets of menstruum.

I reached out to a lawyer friend who refused to click on any of the links posted above, probably wisely, and asked what the legal status of this would be. (“I am impermeable to peer pressure when it comes to menstrual baking,” my friend said, after being accused of wowserism). Considering that this act seems especially heinous, would feeding someone menstrual blood without their consent be considered a sexual assault or a regular assault?

My friend responded: “I think it would be an ordinary assault. Or alternatively, some kind of offence under the Terrorism Act.“

So if in doubt, leave the period blood out. 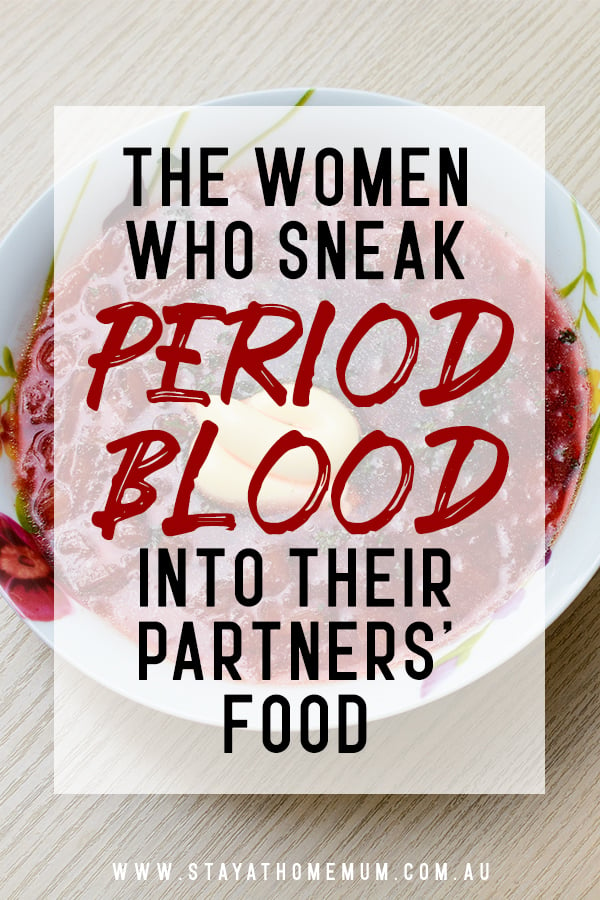 Be Happy With Your Stubborn… 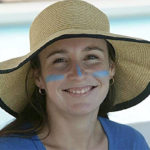 The Heartbreaking Story of Stephanie… 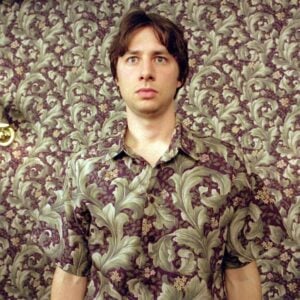 30 Hilarious Moments When the Carpet and 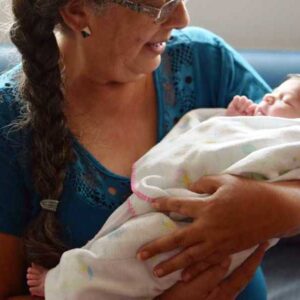 7 Weird Things You Can Do To 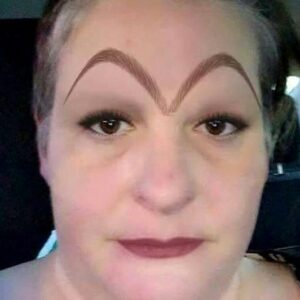 WTF Eyebrows That Went Too Far!