Just a little more than a week before students enter the classroom, Citipointe Christian College in Carindale sent them a revised enrollment contract for them to sign.

According to the contract, the school has the right to cancel a child’s enrollment if he or she does not identify with the gender assigned to them at birth.

It points out that the bible connects gender identity to biological sex and does not create a difference between gender and biological sex.

On Friday, a Brisbane Christian school issued an email to parents carrying a contract that they must sign on their kid’s behalf before enrolling their children.

The contract contains overt homophobia and transphobia on the part of the party signing it. They are now experiencing significant reactions as a result of their revised enrolling contract.

‘As a condition of Citipointe Christian College accepting the enrolment of the Student, the Parents agree to comply with the Conditions for Student Enrolment below. This Enrolment Contract is a legally binding document. Please read the contractual conditions carefully and ask questions if you need to, before signing this Contract.’

Under the heading ‘Definitions’ is clause 6. Which reads:

‘6. “Declaration of Faith” means the Declaration of Faith adopted by Christian Outreach Centre trading as International Network of Churches as updated, amended, innovated, supplemented, varied or replaced from time to time, and other matters notified to you that are relevant to our Christian beliefs and doctrine.’

‘We believe that the family as instituted and created by God is the fundamental building block of society. We hold fast the biblical and church’s historical belief that a family begins with the covenantal institution and holy estate of marriage as ordained by God between a biological man (husband) and a biological woman (wife) mutually and exclusively entered into for life.

God calls some people to marriage, and some to a single state. Both have dignity, according to the Bible. God’s gift of sexual union is sacred within marriage as a sign of His mutual and lasting covenant and as a means whereby we may share in creating new life. The covenant of husband and wife to love and serve one another faithfully is intended to reflect the faithfulness of God and is a picture of Christ and His church. We believe that God intends sexual intimacy to occur only between a man and a woman who are married to each other.

We believe that God has commanded that no sexual activity be engaged in outside such marriage. We believe that any form of sexual immorality (including but not limited to; adultery, fornication, homosexual acts, bisexual acts, bestiality, incest, paedophilia, and pornography) is sinful and offensive to God and is destructive to human relationships and society.

We believe that God created human beings as male or female. Jesus confirms this to the Pharisees by stating, “Have you not read that He who created them from the beginning made them male and female.” (Matthew 19:4; Mark 10:6) These two distinct and complementary genders (biological sexes), together reflect the image and nature of God. The Bible ties gender identity to biological sex (Genesis 1:27; Genesis 2:22-24) and does not make a distinction between gender and biological sex. By creating each person, God, in His divine love and wisdom, gifted them their gender, as male or female. God’s good design and purpose is that each individual should live in the fullness of that which He created them to be, in obedience to Him as an act of worship. Living in this fullness includes identifying with the gender that God bestowed upon each person in all aspects of their life.’

This is a part of the 16-page contract of the Brisbane Christian school:

Brisbane Christian school has issued a statement on the situation.

Here are some comments from Christian Hull‘s FB and IG post about the Brisbane Christian school issue.

“It was talked about on the project last night. From what I could hear it is a move coinciding with new legislation created by the commonwealth government that allows religious schools to run according to their own beliefs. (That was what I got from it listening over 4 kids talking to me so feel free to look further into it) very disturbing and cruel.”

“You can’t change other people that’s just a fact, they are not going to change their minds about their beliefs. I just hope parents of kids that don’t believe the same way send them to a more progressive, understanding school.“

“My children all went to a catholic primary and secondary school, it was our choice and the best choice of schools within our district and budget at that time. I was never asked to sign anything like this, the schools were inclusive and accepting of all students and as far as I’m aware did not discriminate. Had I been asked to sign a contract like this my children would have been removed from the school immediately, they all have friends of many diverse beliefs who are very welcome in our home. I find this sort of thing abhorrent, it needs to be stopped NOW! This is our children’s lives they are playing with, the damage this sort of behaviour does has long-term and negative impacts!”

Let us know your thoughts on this. We’ll be waiting for your responses! 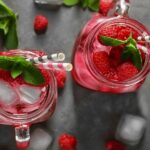 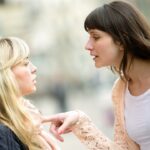 How To Deal with Bully… 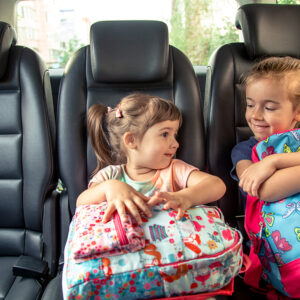 The Australian School Transport Assistance Scheme pays parents up to $400 Where to Buy Cheap School Snacks On

Where to Buy Cheap School Snacks On a Budget Did you