Police and emergency services responded to a call at The Springs Clubhouse in Longwood, Florida where a wedding is being held.

Last February 19, 2022, 42-year-old Danya “Shea” Glenny got married to Andrew Svoboda with around 40 guests in attendance.

At the wedding, they served pasta, salads, bread, wine and dessert to name a few.

The food caterer was identified to be Joycelyn Bryant of Joycelyn’s Southern Kitchen.

After eating, the guests experienced symptoms such as extremely dry mouth, stomach pains, vomiting, fidgeting, tingling, and a very fast heartbeat. They also said they had weird thoughts and felt like they had no control of their mind and body.

Miranda Cady, one of the guests said she felt like she was having a heart attack after having consumed bread with olive oil.

In an interview with globalnews.ca, Cady claimed to have seen Jocelyn Bryant, the caterer, put spoonfuls of green stuff into the olive oil. She asked Bryant if there was marijuana in the food and Bryant giggled and said yes.

Cady also confronted Glenny, the bride, to which she admitted lacing the food as a prank.

Cady said “She acted enthusiastic and excited as if she were given a gift.”

Initial reports say at least 18 people showed symptoms of being affected, and they were taken to the South Seminole Hospital.

As guests were being put wheeled out on stretchers, the bride can be seen smirking or grinning.

When police asked if they authorized this, the bride and the groom said no. Bryant and her catering team left the wedding before they could be questioned by the authorities.

The police collected food, cutlery, and glassware on the scene as evidence.

After conducting tests, the evidence collected on the scene showed results of being positive for THC, the active ingredient in cannabis.

The bride, Glenny, and the caterer, Bryant, were arrested last Monday, almost two months after the wedding.

Glenny and Bryant made bail and were released on the same day.

Affidavits state that they are facing felony charges for allegedly lacing the food with marijuana. They have been charged with culpable negligence, delivery of marijuana and violating Florida’s Anti-Tampering Act.

The two will be arraigned in June.

Stay At Home Mum's Content Manager and Guardian of Content Land lol ~You get in life what you have the courage to ask for (with the right attitude...Read More plus a handful of guts).~ Read Less 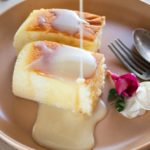 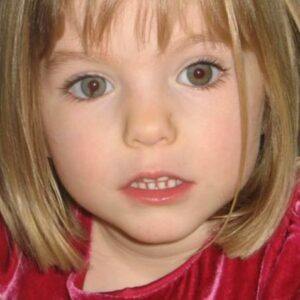 Portuguese Authorities named Christian Brueckner as the official suspect of the