Post Malone hosted a live performance of a Nirvana tribute from his home in Utah, United States to raise money for the World Health Organisation at the end of last month. And it was EPIC!

So when the rap-pop artist announced he would be covering Nirvana, the internet went wild.  Nirvana fans were outraged, Post fans were outraged.  But he seriously killed it.  Post Malone is such a fan of Nirvana one of his iconic face tattoo’s ‘Stay Away’ is a nod to his favourite Nirvana song (which he covers in his set). And in Nirvana-esk style, no he didn’t do ‘Smells Like Teen Spirit’.

The live show raised over $2.7 million dollars in donations. 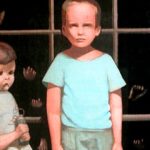 10 Most Haunted Objects From…