There are few things that can be compared to a mother’s determination to give their baby the best start in life.

And Amanda Bernier is one of the clearest examples of this.

The 31-year-old American firefighter is dying, but has used every last bit of energy to feed her baby for the past ten months.

Amanda has amyotrophic lateral sclerosis (ALS). She was diagnosed with degenerative motor neuron disease just two weeks after she found out she was pregnant with her first child.

It should have been the happiest time of her life, but instead Amanda was told by doctors her baby might not live.

But the brave new mother, who has now lost complete function of her body except form her head,  defied the odds by giving birth to healthy baby girl; Arabella Grace, affectionately known as Peanut.

“I went from running races, working in a lab and firefighting to not being able to move anything but my head and on a ventilator in 5 months,” Amanda wrote on her Facebook community page, Amanda’s Angels using eye movement to communicate.

“I stayed in the medical ICU for 4 months until our beautiful and healthy daughter was born at 39 weeks. She was breech and delivered via a C-section. My neurologist did not know how my body would handle a major surgery or if I would live long enough to see her.

“As soon as I was rolled to my room Peanut was placed on my chest. I was blessed that she immediately knew what to do. The nurses that I had gotten to befriend over the past quarter of a year knew how important it was to me to breastfeed. They were determined to help me give that gift to her.”

Nurses and family members were required to hold Arabella up to Amanda’s breasts to feed, because the new mother was unable to move.

“My family was shown how to position and latch the baby on me before coming home a week later. I can only imagine how awkward it was for my aunts to touch my breasts but they did it out of love for my daughter and me,” she wrote.

Breastfeeding is no longer possible

Breastfeeding has now become too difficult, but Amanda’s determination has meant her baby still gets the gift of her precious breast milk. Amanda exclusively pumps breast milk for her daughter, a process requiring two people to hold the pumps while the milk is expressed.

“I delay taking my pain meds so that I don’t have to pump and dump. I can’t take care of my daughter, but I can give her the gift of breast milk. I will continue on until my body no longer produces,” she wrote on her page.

Amanda wants her story to encourage others to continue with breastfeeding, whatever the challenges, saying the pain has been worth it.

“As a first time mom and one that is paralysed, I was very concerned that she would not know who I was,” she says. “For the first month I felt like I was only a cow. I could not soothe her when she cried, change her diaper or clothes. My family that stayed with us did all of that. I only saw her for feedings. Over time I found ways to connect. I would play her Disney songs, play animal sound games and watch sign language videos together all on my eye tracker computer. She sits on the end of my bed and plays. Now I know that she knows who I am and that she loves me. She waves and points to me when she is near. She will look at me when someone says “where’s mommy?” The best thing is when she gives me her huge smile when seeing me after she wakes up and anytime she sees me.

She told Today that her determination to feed her baby  is “about the purest type of love”.

“Moms say they would do anything for their child and I have had that opportunity to do so. I have done everything that I can to give her the best start in life,” she said.

“I think because I see the good in everything, it reminds people that there are so many things to be grateful for.”

“Having ALS is not how I pictured my life. It breaks my heart that I can’t be the mother that I wanted to be. It crushes my soul that she won’t have her mother for much longer and she will grow up without me. However everything happens for a reason so I am glad that I will be by her side as her angel.”

news of the day 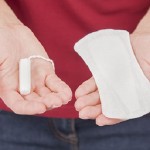 Would You Prefer Pillows or… 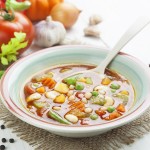