A West Australian couple who were at the centre of a controversial international surrogacy case in 2014 are allowed to keep their daughter, following a ruling by the Family Court.

Wendy Li and David Farnell from Bunbury in Western Australia made headline news around the world when it was revealed they left their son, Gammy, who has Down Syndrome with his surrogate mother in Thailand, and brought his non-disabled twin sister, Pipah, back to Australia.

It also emerged that Mr Farnell had been convicted of sexually abusing three girls in the early 1980s and early 1990s. On learning of the child sex offences, the surrogate mother,  Pattaramon Chanbua, applied for legal custody of Pipah.

The Farnells gained more media attention in 2015 when claims surfaced that they were trying to access a trust fund that had been established for Gammy to pay for their legal expenses.

But today the Family Court has ruled that Pipah can remain with the Farnells. It also ruled that the Farnells did not abandon Gammy in Thailand and did not seek to access hist trust to pay for their legal costs.

Stephen Thackray, the chief judge of the Family Court of WA, took the unusual step of granting permission for his decision to be published.

He said that it had become clear to the Farnells during the pregnancy that Mrs Chanbbua had “decided she was going to keep the boy”.

“While it is far from clear, I consider it likely that the Farnells became aware that Mrs Chanbua was talking about keeping the little boy. There was nothing they could do about this until the children were born, but I consider the Farnells were prepared to contemplate an outcome where they were only able to have the girl,” he said.

Justice Thackray said that with Mrs Chanbua refusing to give up baby Gammy, who was still in hospital, they left with Pipah and “returned to their home in Bunbury, which they had set up for two babies.”

“Although they were home, they were petrified the authorities might come to retrieve Pipah. They were also traumatised as a result of leaving Gammy behind.”

He also addressed concerns for Pipah’s safety as a result of her father’s child sex offence convictions.

Justice Thackray said there is no evidence Mr Farnell has reoffended since he was released from prison in 1999.  He also said that Pipah had “settled into her new home” and was “thriving in the care of a loving network of family and friends, including Mr Farnell’s ex-wife, and their adult children and their families.”

“In reaching my decision, I have primarily taken into account the strong attachments that Pipah has now formed with the Farnells and many others in Bunbury, as well as the quality of the care she is receiving,” he said.

“I have decided Pipah should not be removed from the only family she has ever known, in order to be placed with people who would be total strangers to her, even though I accept they would love her and would do everything they could to care for all her needs,” he said.

“While it is a matter of grave concern to leave any child in the home of a convicted sex offender, I have accepted the expert evidence that while there is a low risk of harm if Pipah stays in that home, there is a high risk of harm if she were removed. I have also taken into account the measures that can be put in place to ensure Pipah is kept safe.”

Under an extensive safety plan that has been developed in partnership with Western AUstralia’s child protection service, Mr Farnell is prohibited from being alone with Pipah. She is to have a “words and pictures story” read to her every three months detailing in terms that a toddler can understand the history and method of her father’s crimes and why he is unable to be alone with her.

Justice Thackray said that Gammy too “appears to be thriving” and noted his mother is in the process of applying for Australian citizenship on his behalf “although she was adamant he would never live with the Farnells,” he said.

He ruled that the conflicting accounts between the Farnells and Mrs Chanbua likely came about because of cultural and language differences. 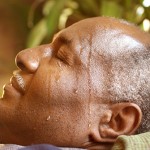 Sweating Sickness: Getting Sweaty This… 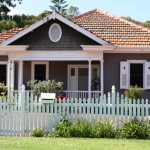 10 Ways to Enhance Your…