High school students in Victoria are now given a third option when it comes to listing their gender identity on official high school documents.

The Victorian Curriculum and Assessment Authority (VCAA) has made a ruling that students, who do not identify as male or female, sitting their VCE and VCAL examinations, may now be able to list themselves as ‘gender X’.

This move comes after Victorian transgender and intersex pupils voiced their concerns to the education body about feeling marginalised by the lack of identification on personal I.D forms. The VCAA said that, despite opposition from others, describing their decision as a threat to ‘bathroom usage’, their main concern is the well-being of students. “The inclusion of Gender X in student records is of importance to the health and welfare of individual students who do not identify as male or female,” the VCAA explained.

The rule would allow the VCAA to use gender X statistics to categorise a new subset of children – as young as 15 – as non male or female when it comes to VCE results. Education Minister for Victoria James Merlino expressed his support saying that it was a reflection of every student.

However, Dan Flynn, Victorian director of the Australian Christian Lobby, strongly opposed the decision, saying that it could create safety issues within school bathrooms and change rooms.

Yet, executive director of Transgender Victoria Sally Goldner slammed Mr Flynn’s comments that a ‘gender X’ would risk safety in toilets, describing it as a non-existent argument.

Transgender Victoria, however, disagreed having the third option as ‘gender x’, rather calling on I.D forms to have four options: male, female, ‘others, please specify’, and one allowing pupils to not answer. 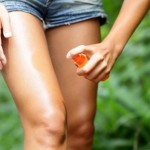 Natural Insect Repellents That Anyone… 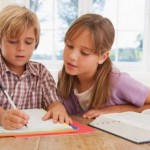 Elder Siblings Really Are The…