Purity Balls are a creepy Christian practice where young girls formally make a promise to their father that they will remain ‘Pure’ and will keep their virginity until marriage.

From the outside looking in, a Purity Ball looks a lot like a wedding. A Purity Ball is a Black Tie Event. The girl usually wears an elaborate ball gown or a fancy dress. The men are in tuxedos or suits. There is a three-course meal and dancing, there are sacred vows exchanged, and the man places a ring on the girl’s finger.

But the bride is a young girl – anywhere from 8 years old to her late teens. And the groom is her father.

Being ‘Pure’ means abstaining from all sexual activity, including kissing, until they are married.

The History of Purity Balls

The very first Purity Ball was held in 1998 in Colorado Springs US. Held in a popular Christian Ministry called ‘ Generations of Light’, Randy Wilson and his wife Lisa wanted to hold a formal dinner where their own unmarried daughters could sign a pledge to their family to keep their virginity until they were married.

Randy and Lisa Wilson are the parents of seven children including five daughters. All their children were homeschooled. A few of their kids are now married themselves, with their very first kiss occurring at the altar of their wedding day. Randy has always been concerned with young women’s sexuality, he created Purity Balls as a way to ‘Control’ the tumultuous transition of ‘Girlhood to Womanhood’.

Randy spoke to Nightline and quote:

“What I hear from these young ladies is that there’s this need for that physical touch, and from a male being. I believe that’s what the father’s role is”

Today, Purity Balls are held in 17 countries all over the world, but are mostly found in the Bible Belt of the United States.

Purity Balls are also known as ‘Father-Daughter Balls’. There is even a Mother-Son version of a Purity Ball known as ‘Knights to Remember’.

What Happens During a Purity Ball Ceremony

Girls typically attend a Purity Ball once they reach the age of 12 or 13, although young women of any age can attend.

During the Purity Ball Ceremony, the fathers sign a ‘Purity Covenant’ that they will be exemplary examples of clean living, be good husbands and good fathers. The pledge is Christian based and after the vows, the fathers and daughters walk beneath a set of crossed swords, and the daughter lay a white rose at the cross, silently committing to live pure lives.

“At this point, you’re married to the Lord, and your father is your boyfriend”

Before placing a Purity Ring on his daughter’s left finger.

After the Purity Ball is held, the fathers go on regular ‘dates’ with their daughters to teach them how to be good wives and to increase the bond between father and daughter. These regular ‘dates’ continue until the girl is married.

The ‘dates’ are to set a good example of what a ‘good and true’ man is, so the daughter will choose those same qualities when choosing a husband.

First of all – Purity Balls look a tad ‘Incestuous’. Dressing up and making vows with a ring with your Dad just seems, icky.

Second and most importantly – why should girls pledge their virginity to their Father. Isn’t it up to them to decide what to do with their bodies? And if a girl does decide to go against her pledge, the sheer guilt she would feel for breaking that pledge would be enormous.

The idea that virginity is a ‘sacred entity’ that must be protected and guarded at all costs is primitive.

Then there is the guilt and feeling of ‘dirtiness’ should a girl ‘fall’ and engage in sex or even kissing before marriage. Plus Dad’s should not in any way be involved in their daughter’s sex life or dictating when that sex life can begin.

The Fall Out from Purity Balls:

Does all this pledging actually prevent young women from engaging in pre-marital sexual relations?

No, it doesn’t. And scarily, young women who have taken the pledge are less likely to use contraception than their peers. These young women are also less likely to report a sexual assault because of the ‘shame’ they associate with having sex before marriage.

Plus Purity Balls don’t address the existence of homosexuality.

In the end, Daddy doesn’t own your viriginity. Sex doesn’t change who you are, and Purity Balls are just misogyny dressed in white and foxtrotting around a cross (quote) 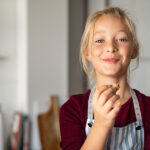 Where to Buy Cheap School… 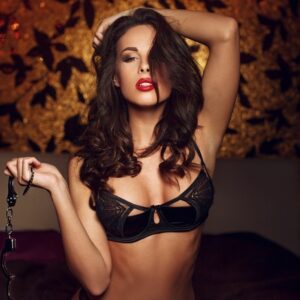 50 Sexual Fetishes and Kinks You May

For some, sexual fetishes and kinks make their sex life a