Fact:  Farts are Funny, except in a crowded room.

They are, there is just no denying the fact!  We here at Stay at Home Mum got chatting about flatulence the other day, and why sometimes, we smell worse than other times.

I say this as my 8-year-old son comes into the office, does a ‘silent but violent’, laughs his arse off, and leaves. OMFG! The smell was so bad! And I said those dreaded words that my mother used to utter when our farts really stunk.. Maybe he needs worming!

So what actually makes us stink worse than usual?

There are a variety of reasons which I’ll list below.  Medication (especially anti-depressants!), being constipated, eating foods that have a ‘higher than usual’ amount of sulphur in them.  The reasons vary. Medication is a big one.  And if you are on Anti-Depressants or anti-biotics, prepare to clear a room real fast! Medication reacts with our digestive tract, making all those good bacteria – well, happy! Of course, there are also medications that can actually reduce the amount of flatulence once should have including heartburn or reflux medication.  Of course, farting is totally natural – just go outside or blame the dog.

Reasons for particularly stinky gas include:

Fun Fart Fact:  Women fart about 7 times per day, men about 12. So we more than makeup for it in stink!

The talk of the elusive Period Fart is enough to make my husband take to the bathroom and vomit his guts out. But it is a thing.. Ask any menstruating woman! It’s bad enough that we are leaking from our vagina, have a bad attitude, want to kill someone and now we also have to deal with Period Farts.

The cause of this rather rancid gas is our sex hormones (i.e. oestrogen)! Our oestrogen levels peak around ovulation time and wreak havoc with our intestines a few days before our period farts (oops! I mean, starts). Night Shift or Too Many Late Night Farts:

Night Shift farts have been documented in this very office and they are rancid.  Sip some peppermint tea and try and get some shut-eye and the excessive farts should stop.

Exercise gets the blood pumping and gets literally ‘everything’ moving in the body. It’s good for you. And if you think you are the only one letting one rip in Aerobics, it is perfectly normal.  Ask any Yoga teacher! It is usually when we relax after exercise that tend to really let it rip.

And yes, I’ve done it in Yoga, when the room is quiet, and dark. Best thing to do – start to giggle. Everyone will join you!

1. Women are far stinkier then men.

Because our female bodies naturally contain more sulphur – so if you ‘burp out the wrong end’ and get blamed for it – it is only natural!

Farts have been clocked at 3.05m per second or 7 miles per hour.

3.  Vegans and Vegetarians have Smellier Farts Then Meat Eaters

Because of all the sulphur-rich foods they eat.  And beans.. Beans are good for you but make you flatulent!

4. Only 1% of Your Fart Actually Smells

Yep – all that air and 99% is odourless air. The remaining 1% is an assortment of gasses.

Because your flatulence is made up of flammable gasses, yes it will light on fire.  However, don’t do it – unless you want to burn your bottom!

6.  Everyone has their own ‘Brand’ of Fart

Your farts are as unique as you are.  You can actually distinguish the smell of farts between close family. Farts and their bacterial composition are unique to an individual.

Called ‘Eproctophilia’, there are some unique individuals that are sexually turned on by farts.

It means ‘Wind from the anus’.

9. Don’t Blame Sheep for the Hole in the Ozone Layer

The animal that produces the most farts is actually termites!

Yes, there is such a thing as a professional fart smeller.

So what can you actually do about it?

Well, farting is totes natural and never life-threatening.  If you are really worried – see your Doctor.  But if you want to do something about it – try some of the following:

Other Incredible Facts About Farts!

You learned something new today huh! 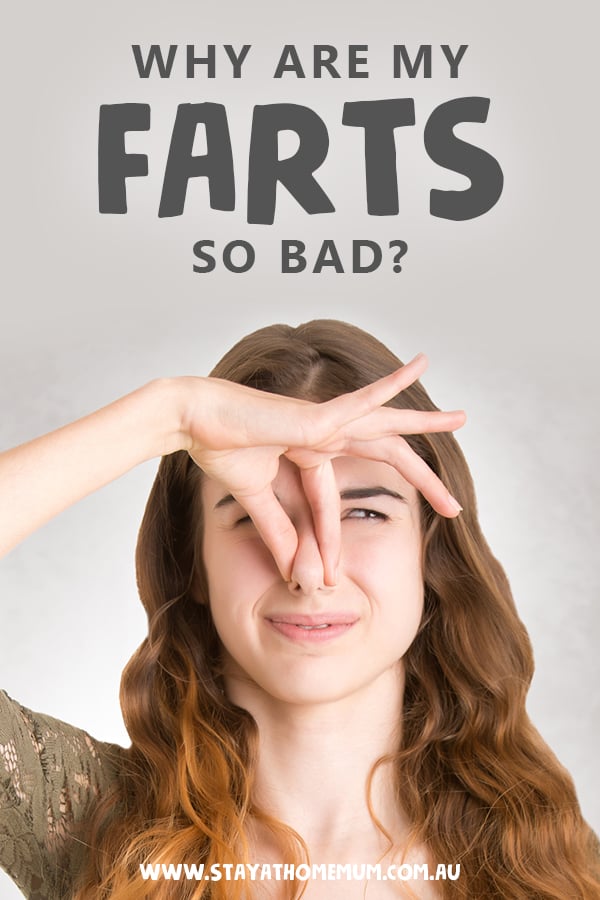 32 Hairstyles for Sporty Girls Who Sweat 15 Mastectomy Tattoos for Badass Mummas Who

For many of us, mastectomy is a necessary medical procedure that GROWN UP... ACTIVITIES PARENTING BODY AND...

Looking for Quirky Boutique Hotels in Sydney – Something a bit