Do you have a baby shower coming up and you want it to be loads of fun? Want to make sure all the guests at the party are entertained and having a good time?

The key to having as much fun as possible is to make sure that you play a tonne of games. Baby shower games are so much fun and they really get the party going! It’s tough at times to know exactly what to play, but this game is definitely one of the best ones your guests can play to have the best time ever! This specific game is ultimately one of the best games to play because it’s just fun and great for a laugh! There are lots of ways to play this game, but here’s a few of our favourites.

All you have to do is take everybody and split them into two groups. Have one person from both teams stand up. You will then show them the name of a celebrity baby. The name can show on a big screen or on a computer or just a piece of paper. The first person to name the two parents correctly is the winner of that round. You can have as many rounds as you like, and have play-offs to determine the final winner (who of course gets a prize!)

The setup of the game is the same. Set up two teams. All you have to do is let one person from each team step up to answer the question, and then show half of a baby’s face on the computer screen. You can also use a magazine picture of the baby and cut up the rest of the picture to only show a certain part of the face. This game can also be played with every participant separately to allow for everybody to compete against each other.

This game involves saying the celebrity parents’ names, and then waiting for the first person to say every single child that those two parents have. This game requires plenty of thinking, and this is why it’s good to separate everybody into two groups and allow everybody to make their guess since it can be tough to get the answers right if you aren’t that knowledgeable with guessing about the babies in the family and their names. This is such a great game and so easy to do as well.

These games are perfect to play during a baby shower, and the best part is getting the chance to actually change up the games as much and as often as you would like. It’s so easy to be able to change these games up as much as you want. Just a quick change on the setup in the game is all you have to do.

If you want to enjoy a baby shower game with your friends, make sure you plan ahead and buy all the necessary kits for the games. Nowadays, you can custom design a baby shower game in a way that it will look more appealing and enjoyable with the number of people you will have. For example, if you are going to print some cards, you can choose the colours and pictures that best suit your party theme. If you plan well ahead, your baby shower games will run so well without any hitches and confusions. Every time you plan a baby shower game, remember to nominate a team player who is responsible for all tasks that must be done. Some of the baby games best suit a younger age mate group while others require your guest to buy some prizes or products and bring them to the game. What baby shower games do you know? 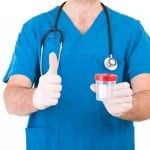 All About Sperm Donation 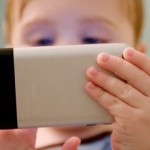