Say goodbye to pureed pumpkin and old-fashioned rice cereal, there is another way to introduce solids into baby’s diet “” and it doesn’t involve a blender!

Baby-led Weaning was recognised as one of the most popular forms of weaning for new mums according to a 2015 poll, and has continued to gain popularity. Although not a new method of introducing solid food into a baby’s diet, popularity has skyrocketed, with everyone from celebrity mums to popular bloggers raving about the craze.

So, what is Baby-led Weaning?

Baby-led Weaning is about allowing a six-month-old baby to self-feed, giving them “finger food” that they can hold and chew, rather than just swallow.

Although practised in tribal or Indigenous communities for centuries, the craze was pushed into the spotlight by a British public health nurse and mother-of-three, Gill Rapley, who decided to skip spoon-feeding and instead gave her children solid foods they could pick up and eat.

She found her children became better adapted to new foods and textures, while only eating until they felt full.

Baby-led Weaning soon cached on and is now practiced throughout the world, with some paediatricians recommending the method as the best way to introduce solid food into a baby’s diet.

It’s also becoming a craze among mothers with older children, who prefer to eat together as a family. According to experts, babies who start with Baby-led Weaning:

There is also the risk your child will gag or choke. Although experts say this will only happen in the initial attempts, either because they put too much food in their mouth or push it in too far.

Experts recommend first introducing “chip-sized” food for babies from six months old, because it is easier to grip. Food such as:

Once they have the hang of that, you could also introduce pasta, or a small portion of what the rest of the family is eating.

How do I start Baby-led Weaning?

The National Health and Medical Research Council recommends waiting until your child is around six months old before introducing solid foods. The old belief is 4 months of age, but this is no longer advised.

Your baby is probably ready to try solid foods by the time he can do all of the following:

Saying that, baby-led weaning isn’t really possible before six months. If you plan to start offering your baby solid foods before this age, you will probably have to give them mashed foods off a spoon.

After six months, you might want to combine an element of baby-led weaning alongside spoon-feeding. You don’t have to choose baby-led weaning and stick to it. You should bear in mind that babies used to swallowing purees first may be more likely to try to swallow and then gag on finger foods.

These foods should be avoided for babies under 12 months: 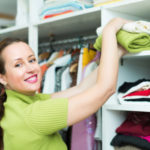 3 Small Things That Will… 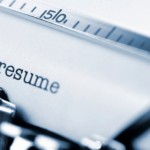