This five-year-old girl has a rare condition that caused her to grow breasts at two years old, start her period at four and is now going through menopause.

At her young age, she already weighs seven stone, larger than any other children her age. She was born healthy and was even the smallest of her siblings at 8lbs, but at just one week old, she began crying out in pain and had difficulty sleeping.

When she reached four weeks old, she grew 4cm in only seven days, and by the time she was four months old, she was the size of a one-year-old.

Doctors thought her height was due to her genes and her symptoms of vomiting and infections were a result of being in daycare. However, at only two years old, she started to develop breasts, body odour and acne, and just last year, she started menstruating, and within the past 12 months, she has already grown pubic hair and lately, is going through the symptoms of menopause, which normally affect women in their 50s, because of her aggressive treatment.

Finally, this year, Emily was diagnosed with Addison’s Disease  — a long-term endocrine disorder in which the adrenal glands do not produce enough steroid hormones — after blood tests revealed she had the hormone levels of a pregnant woman. Now, her mother, Tam, 41, told The Mirror that she feared that Emily will always be seen as the ‘different kid’ at school.

“She hasn’t even had a chance to be a little girl.

“By two years of age, Emily had breast buds and body odour, and a rash on her skin since birth that was now being diagnosed as cystic acne.

“Something was very wrong with our little girl,” she said.

She said that although Emily knows her body is different to other girls her age, she doesn’t know why. Now, to treat her complex health issues, Emily is set to start a course of monthly injections that kick start her body into a very premature menopause, with all its side effects.

Her parents will have to pay the equivalent of £1,105 ($1869) per shot as they are not entitled to healthcare and are hoping to raise money for Emily’s treatment. 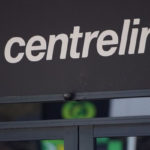 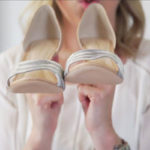 The Simple Way to Break…