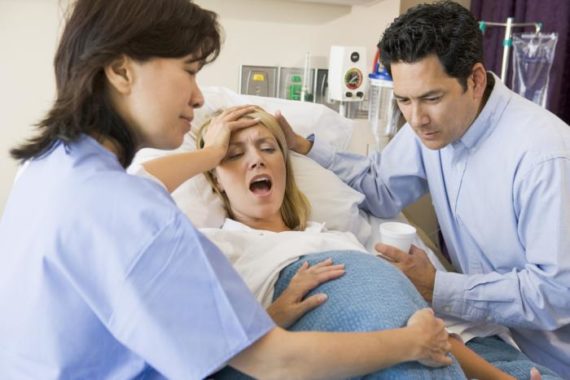 They say the birth of your first child will be etched in your mind forever.

A memory so jam-packed full of emotions it takes the form of a theme park “” hormonal roller-coasters, screaming faces, horror shows n’ all.

You might be lucky enough (or un-lucky enough) to meet your inner-crazy “” a female circus act who slurs words like a drunk and talks so fast it sounds bilingual. Or maybe your birth will take on more of a safari-park-theme, with your body bending and contorting like an ape or maybe a hippo rolling in a bath of its own inner-goods.

My birth memory is much like this, and also like being trapped upside down on the world’s longest ride. It is the kind of ride that starts off slow and lovely and ends with you being strapped down, straddled and yanked at, only to survive the final loop-de-loop and wind up wrapped in a cocoon of fairy floss.

It took two weeks and 16 hours of labour for my son to finally, finally enter the world “” and what an entrance he made.

At 38-weeks, after suffering from intense braxton hicks, a midwife discovered I was two centimetres dilated and decided to hand out a stretch and sweep. For those who don’t know, a stretch and sweep or membrane sweep, is when the midwife sweeps a finger around your cervix to separate the membranes of the amniotic sac surrounding your baby from the cervix. This separation releases hormones (prostaglandins) which may, and I repeat may kick-start labour.

I had three of these tender (cough) procedures in the two weeks that led up to my due date, each time cursing my body to please let this baby free of its watery cage and into my arms, putting an end to this uncomfortable game of labour-no-just-kidding.

I was told the reason my child had decided to stay put was because my body was rejecting labour. Yep, you heard right, rejecting labour. He was posterior “” slumped to the side, spine to my belly button, violently and relentlessly stuck.

Labour arrived on the eve of my due date in the same fashion as the flush of a toilet, gushing like a swirling vortex down my legs to the cream carpet in our bedroom. It was the stuff of movies “” a director’s dream take.

There was only one problem; the fluid was not the yellowy-clear colour I was expecting. It was almost green or maybe brown, glaring at me from the slouch of my underpants like a gremlin. Scary as hell.

We phoned the hospital and were told to head there straight away, that nothing was wrong but they would need to monitor the baby. These comforting words did little to soothe the new-mum-syndrome creeping into my tear ducts, ready to overflow like a salty lake down my cheeks.

At the hospital we were ushered into a room that was half filled with computers and office chairs, half with “some-what” looking hospital equipment. They told us with a blush of cheek that the ward was full so I would have to be bunkered in the spare room, which never gets used but hey, there’s a shower! Thanks for the silver lining, I said.

Labour continued for 12 hours and I spent the majority of that time with my forearms hanging over a fit ball, head slung to the side and my husband tirelessly hosing my back with warm water. I must have emptied my bowels in the shower, as the midwives discretely picked up my waste and left the room. In any other situation I would have been mortified, but right then, I did not care. I had checked my dignity in at the front desk earlier that night, I had planned to pick it up on the way out in a few days time.

After 13 hours I was hoisted to the hospital bed to examine my cervix for the tenth time. The obstetrician took the time then to plant a probe on my baby’s head to monitor the heartbeat, as they could no longer find it with the monitor. Don’t panic, they said.

As labour continued, the pain worsened and soon I had reached that part of the roller coaster when the ride stops and things get a little crazy. The circus act appeared and began talking in another language, scratching at my husband’s chest like a stunned chimpanzee “” positively possessed with pain.

At this stage the contractions were flowing every two minutes, but only lasting 30 seconds “” not long enough to allow my cervix to reach that 10-centimetre threshold.

It was around this time I started screaming for an epidural, begging for the doctor to make the pain stop. I was going to pass out. A fire was burning at the base of my belly, inside my vagina, scorching my insides like a hot knife thrusting up and down, and there was nothing I could do about it.

Continue over for the epidural epiphany… 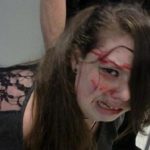 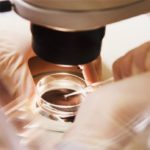 Two-Year-Old Girl With Cancer is…